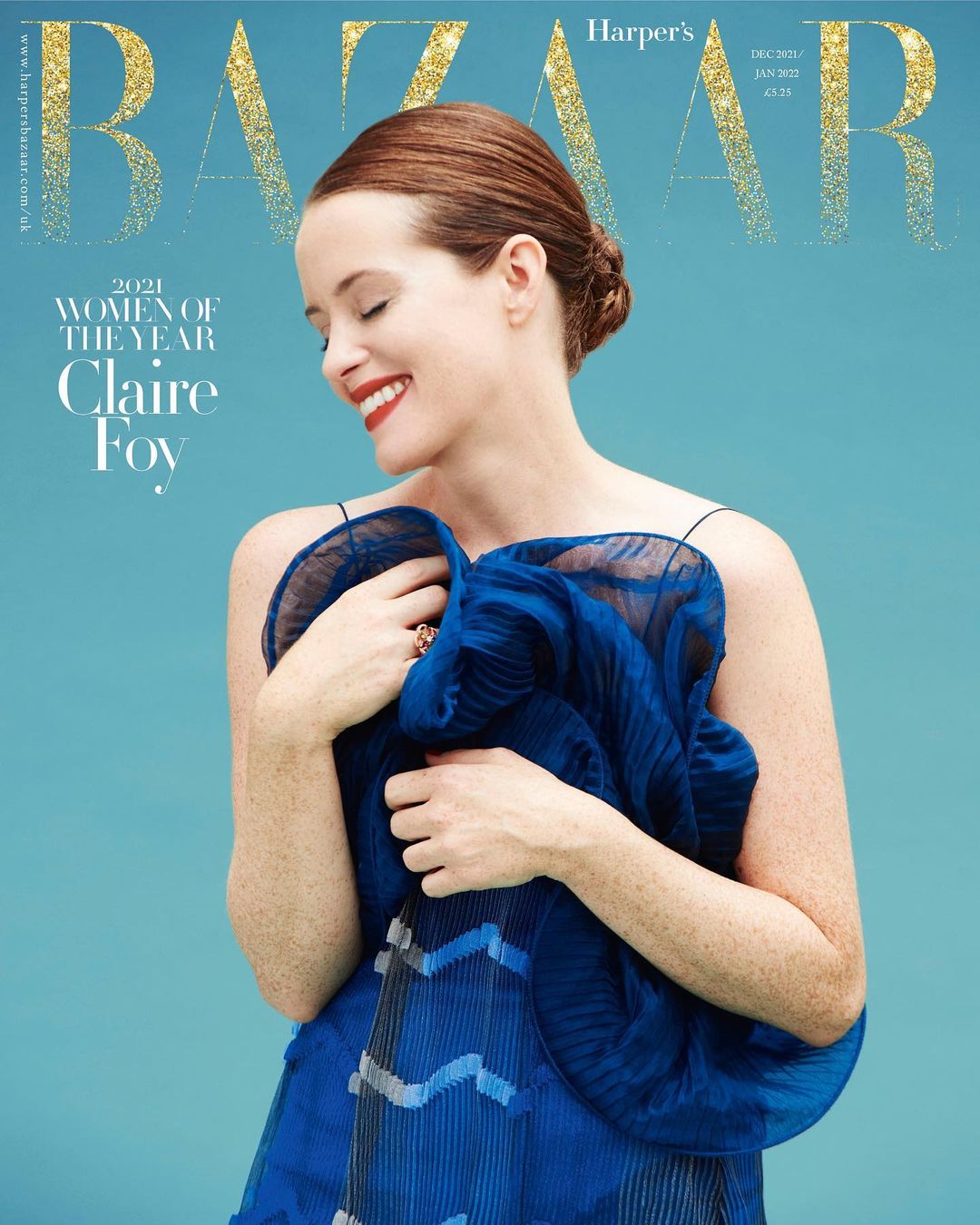 Whenever I read or see an interview with Claire Foy, I always find her so impressive. She’s very smart and quick-witted and she’s a lot deeper than the average actress. She’s currently promoting The Electrical Life of Louis Wain and the BBC miniseries A Very British Scandal, which are both period pieces for her. That’s her wheelhouse, although she does play some modern characters sometimes. Foy was named Harper’s Bazaar UK’s Actress of the Year in their December/January women of the year feature. She gave a lengthy interview to the magazine and here are some highlights:

Her personality was formed in her teens: In her late teens, Foy was diagnosed with a tumour in one eye, and had to undergo surgery while waiting to hear if it was cancerous. She also suffered from teenage arthritis, which periodically left her on crutches. “It’s not great to be 18 and have no right eye. You’re supposed to be launching yourself into the world, going: ‘here I come… woohoo!’ But it fundamentally changed me in the best way.” In what way? “A lack of vanity; being able to do things I’d never now take for granted.”

Working on The Crown just months after giving birth: “It makes me sick thinking about it. I would never have a four-month-old and do that again. I was grateful for everything that experience brought me. It completely changed my life in every single way. I don’t regret the decision, but… my God there were some very dark days. Awful days. The industry itself is fundamentally flawed. You’re working 14- to 16-hour days. One person always has to be at home, and that is conventionally the woman. In some countries, like France, women are paid a lump sum when they have a baby. It feels like in our society, there is this thing where everything falls on the woman. The guilt of it. The burden of it. It all seems too much.”

Trying to be the perfect mom: “There’s this pressure to be this cake-baking, fun, playing 24-hours a day mother, being some sort of vehicle for entertainment, love and food. I’m just prepared to apologise for who I am: ‘I am so sorry – but you’re lumped with me. This is the hand you’ve been dealt, let’s try to make the best of it.’”

On love & her split with her child’s father: “I have always found love very…” She struggles to find the word. “…overwhelming. Children just love you, even if you’re a monster. It’s such a big responsibility to be in charge of such an amazing thing and all you’re going to do is f–k it up.” She feels this especially keenly because she is no longer with her daughter’s father, the actor Stephen Campbell-Moore, the pair having separated three years ago. “So there are periods when she is with her dad and not with me. That is physically painful. Physically painful. It’s just hard.”

Female characters should not be in the mould of men. “It’s to underestimate the fact that women have, for centuries, been wives and mothers, and still are. That’s denying our entire history of what it means to be a woman. I’m interested in what she’s doing, what she thinks, what she believes. I don’t ever want to say I’m never playing a part that is supporting, or someone’s wife, because they exist, and if you can give them a voice, you should, instead of just making all these female characters that are basically just men but look like women – the superhero women who can fly, punch men in the face, that sort of stuff.”

She also talks a lot about A Very British Scandal, which is based on a true story of an aristocratic divorce in the 1960s and it sounds filthy and infuriating. I hope we get a chance to see that here in the US. But yes, she and her partner split when their daughter was very young, and she’s been navigating single-parenthood, single-breadwinner, societal-sexism and everything else. Women are burdened! It f–king sucks. Burn it all down! 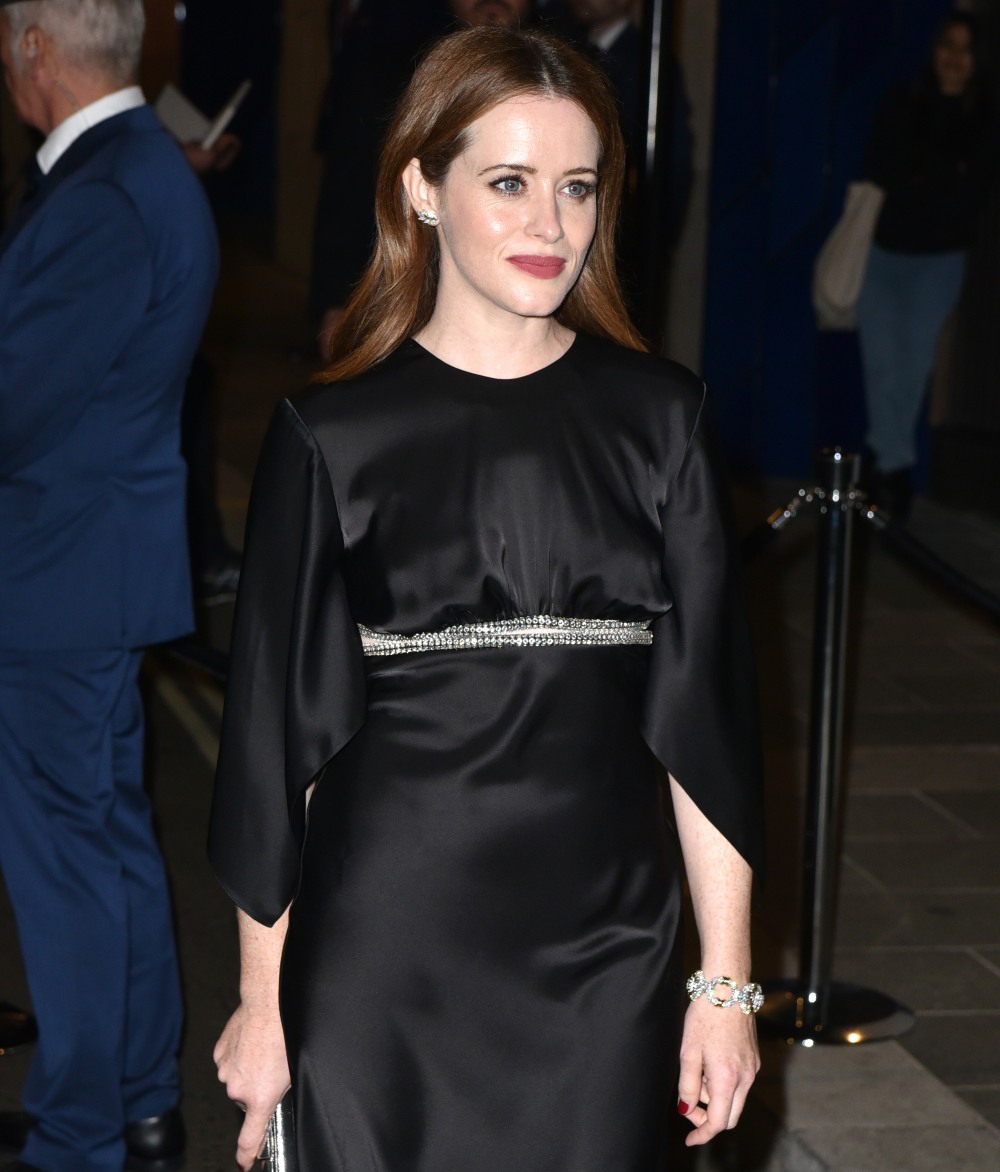