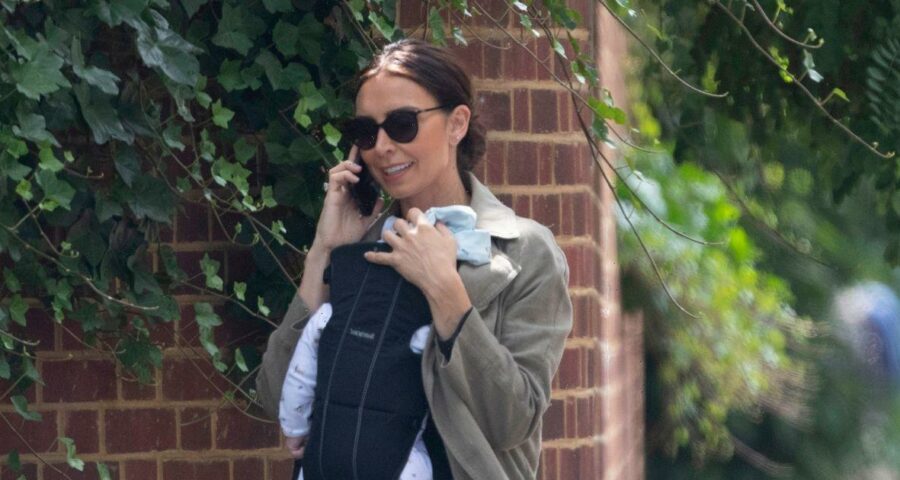 Christine Lampard took her four month old baby, Freddie, for a stroll in London after England’s loss in the 2020 Euros.

Wearing a khaki trench coat with baby Freddy strapped to her chest, the Loose Women panellist held her son close as she took him out for a walk.

The 42-year-old's low-key outing with her son comes shortly after Christine and her husband Frank enjoyed a day out at Wimbledon last week.

Frank was seen in a navy suit at the annual tennis event while Christine sported a tiered midi dress.

The pair welcomed Freddie just months prior, with Christine announcing the baby's arrival in March with an Instagram photo of herself with him.

She captioned the post: "Let us introduce you to our newest addition… Frederick (Freddie) George Lampard! We are completely in love."

Christine waited until January to announce her pregnancy.

Christine and Frank share two children together, Patricia and baby Freddie, while Frank also has two older girls, Luna and Isla, from a previous relationship with Elen Rivas.

Frank was dropped as Chelsea's manager around the time of Freddie's birth and in May, he said leaving the role had given him more free time to spend with his family.

He told MailOnline: "My son, Freddie, was born two months ago. I've been able to enjoy that and being at home with my girls.

"A managerial career means much more sacrifice than as a player," he added. "For instance, Patricia was born when I was manager at Derby and I was engrossed in my work. Being there this time has been the big positive."