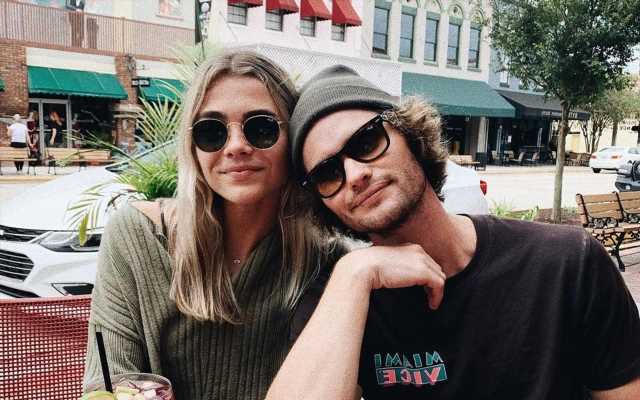 The actor, known for his portrayal of John B on the hit Netflix teen drama series, reveals that he receives ‘horrific messages’ after posting a sweet picture with Rylie Walker.

AceShowbiz –Chase Stokes has had enough of getting unnecessary hate on the Internet. Claiming that he has received “death threats” after posting a photo with his younger sister Rylie Walker, the “Outer Banks” actor hinted at a social media hiatus.

Making use of Instagram Story on Friday, April 15, the 29-year-old lamented, “The fact that I can’t post a picture with my baby sister without death threats is just f**ng absurd.” He added, “Get a grip. Family always comes first and at the end of the day if you don’t know my sister and have the audacity to send me horrific messages then just go ahead and click that unfollow.”

“I will forever be a person who ALWAYS puts my family first,” the John B depicter on the hit Netflix teen drama series further noted. “With that being said, and with that dumb s**t. I’m out. See you when I see you.”

Fans have since slammed those who sent Chase the death threats. “The fact that Chase can’t post a pic of his little sister without receiving death threats is f**king immature,” a fan argued on Twitter. “Y’all need to stfu and leave him and his family alone. im truly sorry.”

Another individual raged, “idgaf what y’all feel towards Chase Stokes. Sending him and his sister death threats is weirdo s**t.” A third fumed, “bruh y’all do too f**king much man, let it gooo he can post whoever he want that’s his F**KING sister and if it wasn’t HE IS SINGLE LEAVE THESE CELEBRITIES ALONE and every single person who sent one it will come back on you it’s never that deep. #chasestokes #leavecelebsalone.”

The said picture was shared on Chase’s Instagram Story just around an hour prior. In the snap, which saw the two posing closely to each other, the actor divulged that his younger sister actually “surprised” him on set. He then sent love to the 22-year-old model, writing, “Luv u @ryliewalk.”