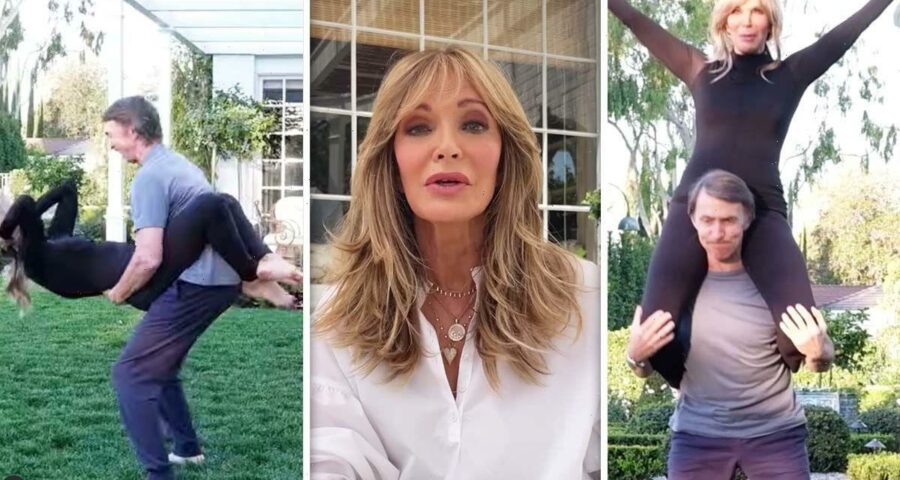 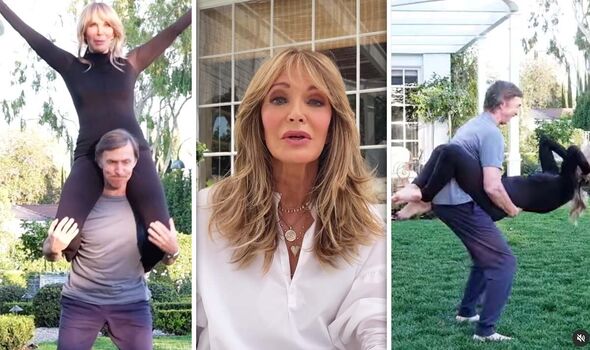 Jaclyn Smith, 77, who appeared in all 110 episodes of Charlie’s Angels from 1976 until 1981, stunned fans as she showcased her incredible athleticism.

The TV star took to Instagram yesterday to upload a video of her steamy and flirty couple’s workout with her husband, doctor Brad Allen, 68.

In the clip, Jaclyn could be seen straddling Brad as she performed crunches, stopping to kiss her beau after every rep.

She then displayed her physical prowess as she sat on Brad’s shoulders as he did a few squats in the garden of their Beverly Hills home.

Jaclyn captioned the footage: “We decided to turn it up a notch with our workouts!”

Jaclyn Smith stunned fans as she showcased her incredible athleticism

Jaclyn took to Instagram yesterday to upload a steamy video

Jaclyn and Brad have been married since 1997

Jaclyn Smith could be seen straddling Brad while doing crunches

Jaclyn Smith stopped to kiss her beau after every crunch