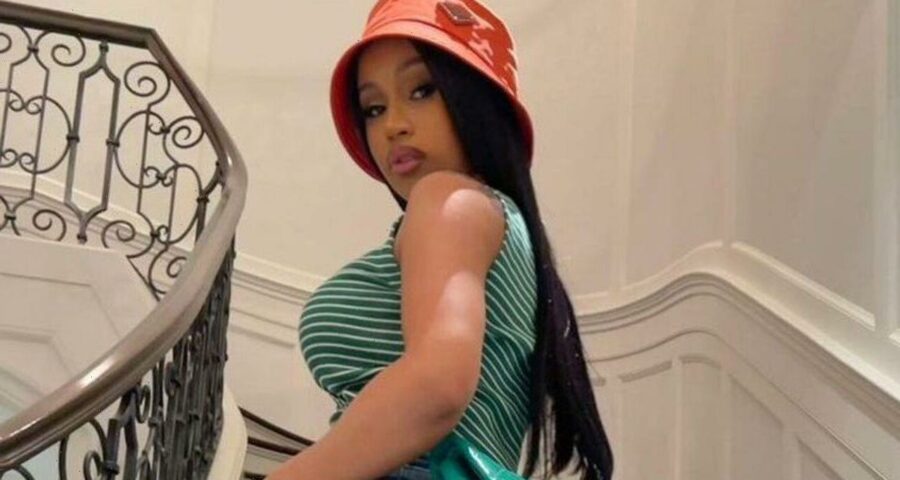 The ‘Bodak Yellow’ femcee explains to her online devotees on social media why she was not really sad when her parents split and felt happier before she found fame.

AceShowbiz –Cardi B didn’t feel sad when her parents split. While Cardi’s cousin had a distinctly different experience, the chart-topping rap star has revealed that she felt a greater sense of “freedom” when her parents called time on their relationship.

“How do people really feel when their parents get divorce?” the “WAP” hitmaker initially wrote on Twitter before subsequently explaining that she was unbothered by her parents’ divorce while the situation was much more traumatic for her cousin.

“Me, when I was 13 – I’m not going to lie, I’m not trying to sound vain or anything … but when my parents got separated, I wasn’t really sad about it because … I just feel I had more freedom. Both my parents were not on my a** at the same time, I could go outside without one parents noticing and stuff like that.”

Meanwhile, Cardi previously claimed she was actually happier before she became famous. Cardi – who has Kulture, four, and Wave, 11 months, with rap star Offset – said, “One positive thing is that, my family, whatever they want, they get. Everything that I want to buy, I can get. I don’t have to worry so much about my future.”