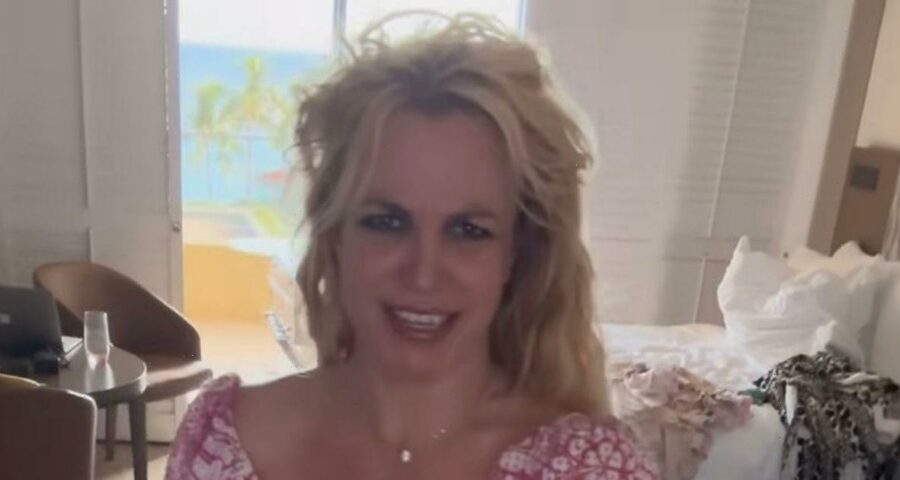 Britney Spears has revealed she's added to her collection of tattoos, but has refused to show it to fans after being left less than impressed by the end result.

The 41 year old, who recently made a return to her social media accounts after fan theories about her bizarre absence, took to her Instagram feed to post a clip of herself getting the ink done.

Appearing on screen in a floral pink crop top alongside a pair of low-rise white shorts, Britney styled her blonde mane down into loose waves as she walked back and forth from the camera chanting: "Tattoo time, tattoo time."

After having changed into a yellow long-sleeved crop top, Britney re-appeared with her right arm outstretched as she said: "One day I'll figure it out, who knows?"

A man wearing black gloves then came forward with a tattoo gun as he began branding her arm with a design. Noticing how small the machine was, Britney said: "Baby gun, cool. Very cool!"

Britney, who recently extended an olive branch to her mum Lynne, then posed with her arm out of the shot before the video came to an end.

Despite her initial excitement over the tattoo, Britney wasn't too keen on the outcome as she took to the caption to share that she'll need to get it "fixed".

"Tattoo in Maui 3 days ago!!!" she started the post with three funny face emojis. "Can’t show it because it sucks !!!" alongside three crying with laughter emojis.

She continued: "Like really really sucks !!! S**t !!!," followed by three see no evil monkey emojis, before adding: "Psss … I have to fix it !!!" with three rolling eyes emojis.

Britney already has at least nine tattoos, including a triangle on her right hand, dice on her left forearm, a butterfly on her foot and a fairy on her lower back.

Prior to the tattoo post, Britney reminisced over her relationship with singer Justin Timberlake, who she dated between 1999 and 2002.

Posting a now-deleted photo of her and Justin playing basketball together during a charity event at Thomas & Mack Center in Las Vegas, Nevada, Britney wrote: "When we used to shoot hoops TOGETHER … that’s when miracles happened."

She then question why she's always "cast out" despite coming "out of my mom's stomach like we all did". She added: "I'm equal as all."