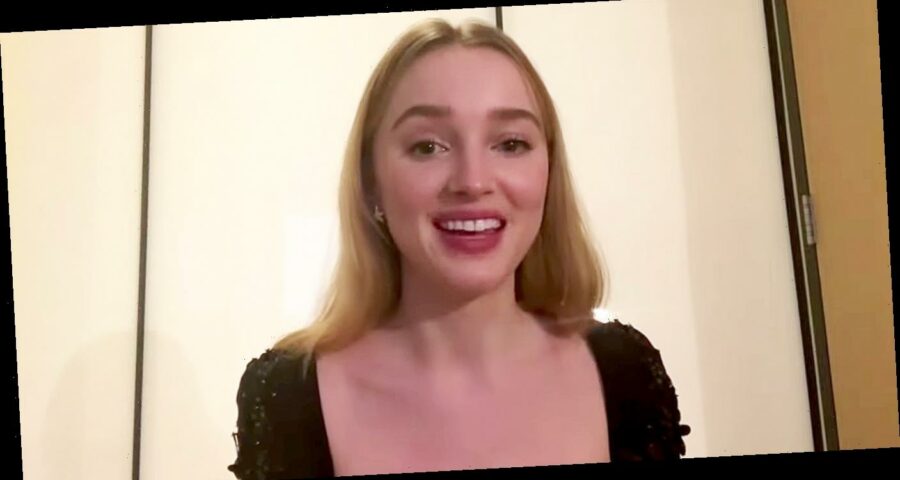 Ready to be wooed! Phoebe Dynevor‘s dating life looks a little different from the romances of the Bridgerton world — which comes with its pros and cons.

“I think the problem today is that there is no social etiquette,” the 25-year-old actress teased during an interview on Conan on Thursday, January 28, while comparing modern dating to Regency-era courtship. “You can ghost someone and just sort of blank them completely and there’s no repercussions to that, so that’s something you have to deal with [now].”

In the 19th century, however, suitors were much more clear with their intentions. “If someone was into you in those days, they would come around and bring you a big bouquet of flowers,” the Younger alum said. “It was pretty much as simple as that, so you knew where you stood with people. I think that was the benefit of being a woman back in those days. Obviously, that’s probably the only benefit. … There’s positives and negatives in that.”

Dynevor is one of the breakout stars of the Netflix drama, which quickly became one of the streaming service’s most popular shows after its December 2020 premiere. Her character, Daphne, enters high society hopeful to find her perfect match and ends up catching the eye of one of the most eligible bachelors in town, Simon Basset (Regé-Jean Page). Before their courtship takes off, Daphne turns down another man’s proposal.

The up-and-coming actress and Page, 31, have such convincing chemistry that some viewers believed they were a couple off-screen. However, the For the People star previously played coy when asked about his relationship status with his costar.

“I think that everything you need to know is on camera,” he told Access Hollywood earlier this month, saying “the beautiful scripts” gave him and Dynevor plenty of room to explore a connection while in character.

While they might not be anything more than friends, Dynevor and Page still formed a strong bond while working on the period drama. Since filming for the first season came to an end, they’ve kept in close contact.

‘Bridgerton’ Season 2: Everything We Know So Far

“Unfortunately now he’s off in Los Angeles, but we check in with each other a lot,” the U.K. native said in a recent interview with The Guardian. “It was a big moment in both of our lives in a lot of ways, and we were both quite nervous about it. We spent so much time rehearsing together that we’ve become good mates.”