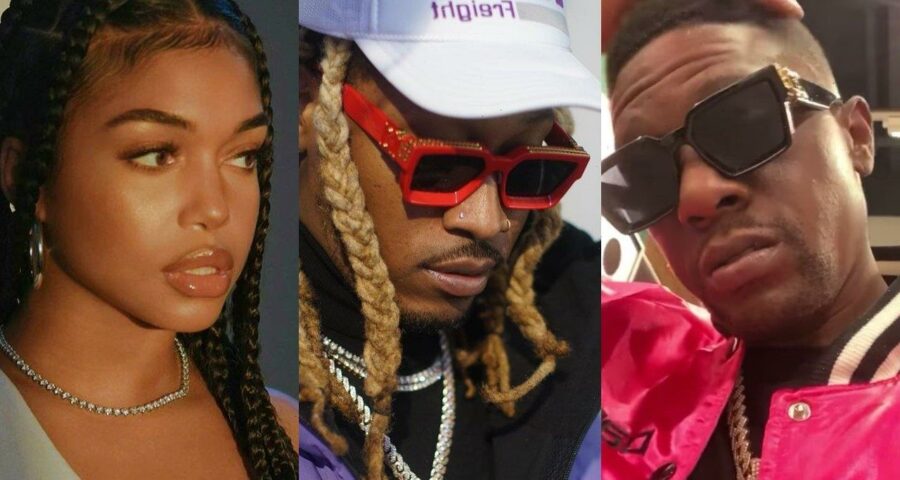 In his latest interview with VladTV, the Baton Rouge rapper appears to mock the Instagram model and stepdaughter of Steve Harvey as he discusses Future’s lines on 42 Dugg’s ‘Maybach’.

AceShowbiz -Despite receiving so much backlash for his remarks about Lori Harvey, Boosie Badazz (Lil Boosie) seemingly just can’t stop commenting on her. In his latest interview with VladTV, the Baton Rouge rapper appeared to mock the model as he discussed Future‘s lines on 42 Dugg‘s “Maybach” in which he dissed his ex-girlfriend Lori.

When asked if he had listened to the track, Boosie said, “Yeah,” before laughing out loud. “Man, Future,” he said after calming down. “You know Future gon’ drop them lines. Future a dog.”

The host then told Boosie that Future caught flak for the song, in which he rapped, “Magic City, I’m the owner/ Tell Steve Harvey I don’t want her.” In response to the information, Boosie shared, “They mad cause Future slid. And they mad cause Future made Lori Harvey one of the ones in the crayon box. That’s what I call it: a crayon box. You been in my crayon box, you just got took out and colored.”

Earlier in the interview, Boosie opined that people should name Reginae Carter and Jayda Cheaves “goals” instead of Lori, who is currently dating actor Michael B. Jordan, because the two are loyal to their man. Of the daughter of Lil Wayne and the baby mama of Lil Baby, Boosie said, “It’s just so crazy because the world, they say that Lori Harvey’s are the goal but the Reginae and the Jayda, they stupid. They the ones who stick around with a man for years. They the idiots. It ain’t used to be like that. It used to be no pain no gain.”

“I was just sayin’ I don’t give a damn what she does, that’s her body. I was sayin’ she a beautiful woman, that’s what I was sayin’,” the rapper doubled down on his statement. “But I was sayin’ as far as young girls, I feel that that’s not goals.”

Boosie noted that it was probably because “I was raised that way.” He further explained, “If a girl did that in my neighborhood, where I’m from, she would be labeled as something. But you know, today is a different thing. It’s a different world now.”