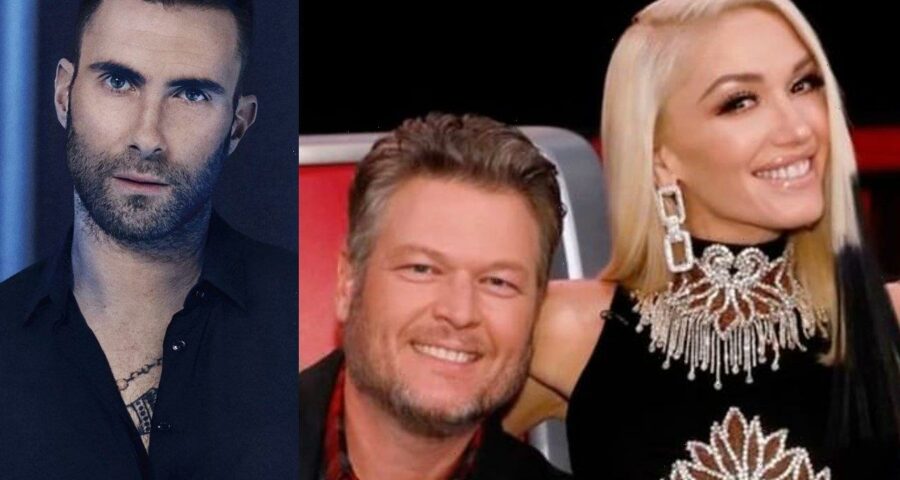 According to a source, the Maroon 5 frontman’s sexting scandal is ‘personal’ for the ‘Hollaback Girl’ singer as she was previously humiliated by her ex-husband Gavin Rossdale’s affair with their nanny.

AceShowbiz –Gwen Stefani apparently has some concerns about Blake Shelton‘s friendship with Adam Levine in the wake of the Maroon 5 frontman’s cheating scandal. If the report is to be trusted, the former No Doubt star has urged her husband to cut all ties with the rock star after he was accused of cheating on his wife Behati Prinsloo.

A source allegedly close to the couple tells Radar Online that Gwen has told Blake to distance himself from Adam and lose Adam’s number. While she trusts her husband enough with his own judgment, the “Hollaback Girl” hitmaker took the sexting scandal personally as knows too well the humiliation of a public affair, after her then-husband Gavin Rossdale cheated with their nanny in 2015.

“For her it’s personal,” said the source. “She isn’t worried about Adam being a bad influence [on Blake], this is about principle,” the source explained.

But even before the cheating scandal, the bromance between Blake and Adam was reportedly already “on life support.” Sources previously said they were actually not as close as they pretended for the cameras. “It wasn’t all an act, but the relationship was exaggerated for TV. When Adam left the show the two of them didn’t have to pretend anymore,” a so-called insider dished.

Another source said of Blake and Adam, “They haven’t spoken in a while. There was no big dramatic falling out, but they both just moved on. It happens all the time with work relationships.” Adam was indeed not invited to Blake and Gwen’s wedding back in July 2021.

Adam and Blake became close friends as they served as coaches on “The Voice” beginning from 2011. While the “Payphone” singer quit in 2019, Blake has just announced that he will exit the show after season 23.

The country music star said in a statement on Tuesday, “I’ve been wrestling with this for a while and I’ve decided that it’s time for me to step away from ‘The Voice’ after season 23.” He added, “This show has changed my life in every way for the better and it will always feel like home to me. It’s been a hell of a ride over these 12 years of chair turns and I want to thank everyone at ‘The Voice’ from NBC, every producer, the writers, musicians, crew and catering people, you are the best.”