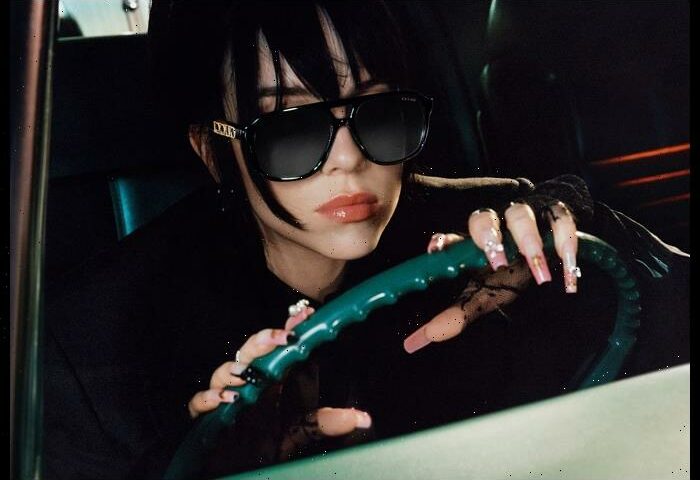 In the posts, the superstar debuts as the face of the Gucci Eyewear campaign, taking viewers on a dreamlike journey through the Hollywood Hills in a nod to film noir.

Envisioned by Alessandro Michele and captured by photographer Harley Weir under the art direction of Lina Kutsovskaya, suspenseful scenes showcase a selection of new retro-inspired styles that mirror the cinematic mood of the film, culminating in a moment of self-reflection.

Against the scenic landscape of the Hollywood Hills, Eilish is captured in a pair of cat-eye frames from the new Gucci Eyewear collection. With a rich color palette and high-contrast lighting, the campaign is a nod to the film noir genre, echoing how the unique styles of the House’s latest collection reflect individuality in an expanded way.