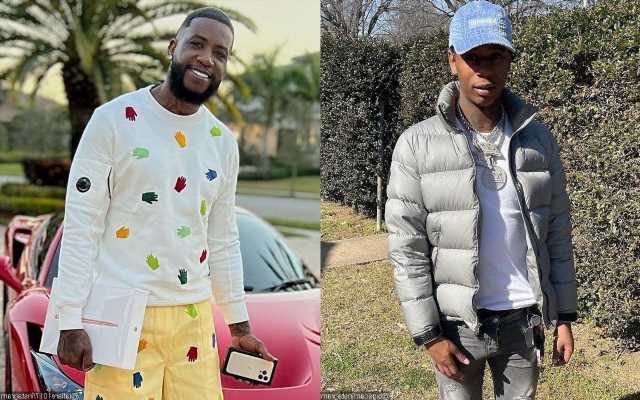 While Scarr’s close friend and sister claim that the 1017 founder ghosted the late rapper’s family over funeral expenses, the ‘Rumors’ spitter’s wife and Scarr’s father say he has sent money to help cover the cost.

Over the weekend, Quezz called out Gucci. “You say to them you finna pay for the funeral, then you lie,” he said. “You didn’t have to lie! You ain’t have to go ghost either, cuh. It was gonna get paid for either way. You could’ve just said you ain’t have the money. You don’t get no type of respect for that, cuh.”

“The minute that them folks called yo phone to see if you gon’ pay for the funeral, you blocked them. That’s not real, cuh,” Quezz added. “You ain’t straight. You only trying to act all real. You posted Scarr talking ’bout some long live – bruh, you ain’t do nothing, cuh.”

Quezz also claimed that Gucci tried to get Scarr’s 1017 chain back following his death, which has been confirmed by Scarr’s sister Alexandra. “My brother earned ts my brother mean everything to us and for him to do him like that is low down Af!!!” she said. “He said he couldn’t pay for the funeral because his wife birthday coming up. n***a you a millionaire Gucci a B***H!!! Gotta get in back in blood!!!!”

Following the allegations, Gucci’s wife Keyshia Ka’oir took to her Instagram Stories to show the receipt of the money he has sent to help cover Scarr’s funeral expenses. “Payment directly to funeral home!” she wrote alongside one $10,000 receipt from N.J. Ford & Sons Funeral Home. “Leave my husband alone. … He did this out of the goodness of his heart!” she added.

“We also sent FLOWERS & not even a THANK U,” Keyshia claimed in a separate post. She then shared a picture of 5-foot tall flower arrangements sent for the funeral. “$20k total! @laflare1017 what u did to these folks mane!!” she wrote, which Gucci reposted on his Story.

Scarr’s father later defended Gucci amid the allegations. “First of all, I got to send shouts out to Atlantic Records man. They gave my son a big boy chance. Gucci – I got to send shouts out to Gucci too. Y’all might not like it but I got to give my boy what he did, man,” Scarr’s father began in a video. “He gave my son a major major chance man. I can’t let y’all throw dude under the bus like that. Come on now, the truth is the truth, man. I gave nobody permission to do that.”

Insinuating that the money Gucci sent to his family was enough, Carr’s father said, “I ain’t looking for nothing, I just want what rightfully belong to my son. I ain’t asking for nothing else. I don’t want nothing else.” He continued, “They sent they 10 bands. Gucci, he sent his 10 bands. I covered the rest. I appreciate that big time.”

He blasted the rumors which portrayed Gucci in a bad light, insisting, “Certain things was said that shouldn’t have been said. It was wrong. Man to man, I wish somebody woulda just dialed my [number] and talked to your guy 100. All this out of control.”

Scarr’s father went on praising the 42-year-old star, “Gucci and them was the best thing that ever happened to my son. Nobody deserves this here. Shouts out to everybody who sent flowers. Gucci sent flowers. He did what he could. He ain’t have to do none of that. I just wish I was the one being talked to so we could have that understood.” He further stressed, “I’m the spokesperson for my family. Nobody speak for my family.”

Scarr’s sister Alexandra later confirmed that Gucci did send $10,000, but it barely covered the funeral expenses. “That 10k ain’t did s**t but buy obituaries and flowers, boo. Yeah Gucci sent 10,000 and somebody else sent another 10 so it was 20,000 in all. And we ain’t get the flowers…,” she claimed.

Scarr, whose real name is Alexander Woods, was signed to Gucci’s 1017 record label before his tragic death. On December 22, he passed away after overdosing on prescription pills at his girlfriend’s house.