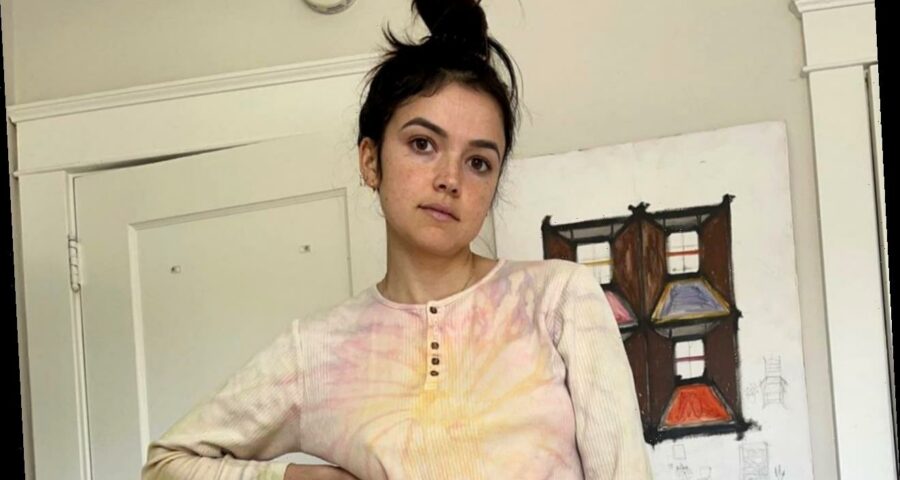 When describing the ordeal on social media, the season 22 contestant on the hit dating show stresses that she is ‘mad’ her assaulter ‘felt bold enough to touch [her] in the middle of the day.’

AceShowbiz –Bekah Martinez was left furious after being sexually harassed on the street. When recalling the ordeal on social media, the season 22 contestant of “The Bachelor” admitted to feeling “totally powerless” when the incident happened.

On Friday, March 26, the 26-year-old shared on Instagram a snap of herself in a tie-dye long sleeve and brown shorts while sporting a messy bun and no makeup. She began her lengthy message, “I was just out taking a walk, looking like this, pushing my sleeping baby and holding hands with my toddler, when a teenager skateboarded by and grabbed my a**. I felt totally powerless as I screamed at him ‘THAT IS NOT OKAY. WTF IS WRONG WITH YOU?’ “

“I wanted to chase him down and pull him off his skateboard. Punch him in the back. Do something, anything to get through to him that what he did was so wrong,” she went on describing. “He looked so casual, not even in a rush, as he whizzed on past down the sidewalk, only glancing back when he was a block away.”

Bekah claimed that her 2-year-old daughter Ruth “was so shaken” and kept asking whether she was okay. She then argued, “I’m not okay. I’m mad. I’m mad that this kid felt bold enough to touch me in the middle of the day, in a neighborhood, with my children by my side. What the f**k is he going to do to a woman when he’s an adult in the cover of night?”

“I’m mad that this isn’t the first time. I remember being alone on the beach at 21 when a man walked up to me with his d**k in his hand. I felt helpless then, too,” the mother of two further stressed. “I hate this. I hate that this is the world my daughter will grow up in.”

“I don’t care what you have to do to teach your sons to respect the people around them. Threaten to chop their balls off, I don’t give a f**k. But I hate knowing that there are predators around every turn, every corner,” Bekah concluded her post. “And the world will always be unsafe for women.”