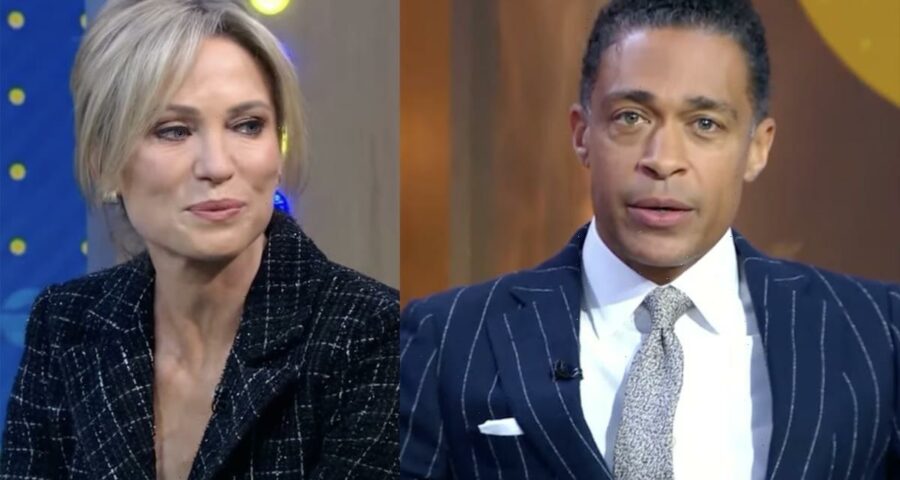 Never accuse ABC News of exploiting a scandal, we guess!

After it was revealed GMA‘s third hour co-hosts Amy Robach and T.J. Holmes had been having an extramarital affair for months, the ratings went through the roof. And why not? Instead of tuning in to find out how to make healthier pancakes, suddenly it felt like you were a voyeur looking at something illicit just by tuning in to daytime TV!

But the network chose decorum over demographics and yanked them off the air for all of last week. This week they’re still gone, and now we know it’s probably going to be a while. The latest update is courtesy of ABC News president Kim Godwin herself. She sent a mass email to address “the on-going matter involving GMA3 anchors T.J. Holmes and Amy Robach.” She wrote to staffers in a letter published by multiple outlets:

“I understand that the continuing coverage can be distracting from the incredibly important work our team does here at ABC News. Amy and T.J. will remain off-air pending the completion of an internal review, and there will be a rotation of anchors at GMA3 for the time being.”

No concrete date, but we definitely get the impression from that wording that they won’t be back any time soon. In fact, depending on what the investigation turns up, they might be gone for good!

We know that would make some ABC insiders happy. One told DailyMail.com last week that they wanted the cheaters fired, saying:

“We’re a family-friendly network and these two are not displaying family values or Disney’s values. Bob Iger needs to intervene and terminate them both.”

And other sources claimed all the on-air talent felt the same — like ABC, they don’t want to be associated with such a “messy” affair. An insider told Page Six that Amy’s 20/20 co-anchor David Muir in particular isn’t happy with her:

“He’s not having it. He’s the face of the evening news and nothing about him ever makes it into the papers. He’s very private and no one at ABC likes the way Amy and T.J. handled it.”

It’s really starting to sound like Amy and T.J. won’t be welcome back at the network. While there likely isn’t a technical violation of their contracts in having a consensual adult relationship, at a certain point anything that makes the company looks bad is enough reason to keep them off the air for good. The investigation may just be a formality before their inevitable firing. Just a guess.

What do YOU think will happen? Will ABC ever let them back on air together??