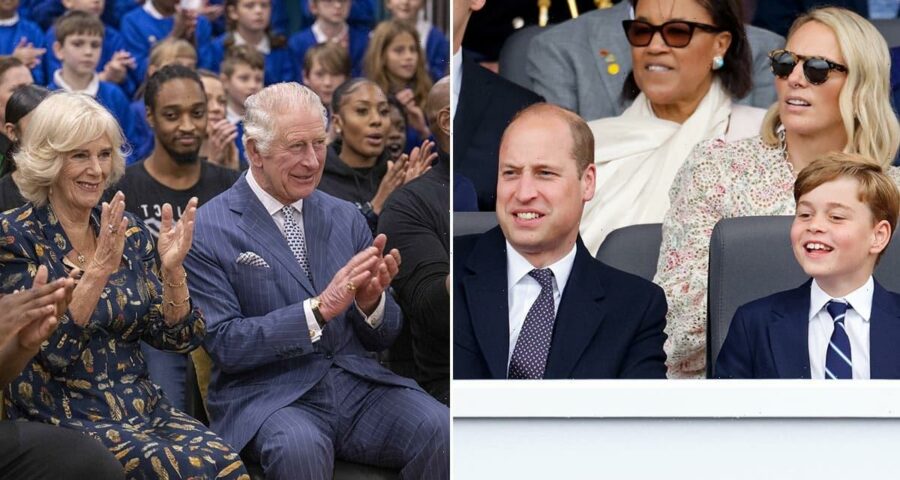 The royal family have a busy schedule of engagements but when they do get some downtime, like the rest of us, they like to enjoy a night in front of the telly. But what do they like to watch?

If you’ve ever wondered which shows the late Queen enjoyed, or which box sets are gripping the Prince and Princess of Wales, then look no further. Check out what the royals’ TV favourites are…

WATCH: The Queen Consort celebrates 70th anniversary of The Archers

The Princess of Wales and Carole Middleton 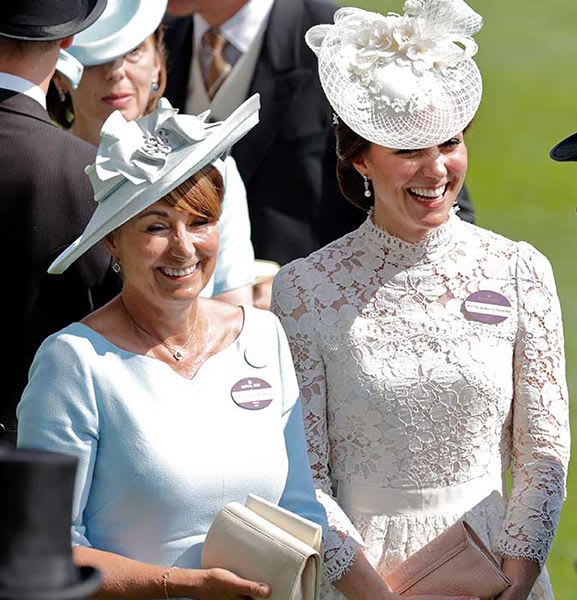 Prince William revealed that his wife Kate, and his mother-in-law Carole Middleton are huge fans of Strictly Come Dancing. Speaking to Strictly judge Shirley Ballas and host Claudia Winkleman at a charity gala in 2019, the Duke of Cambridge explained: “I have watched the show [Strictly] a couple of times. Catherine is a huge fan and my mother-in-law loves it.”

MORE: Musical hits! The songs and bands the royals love to listen to 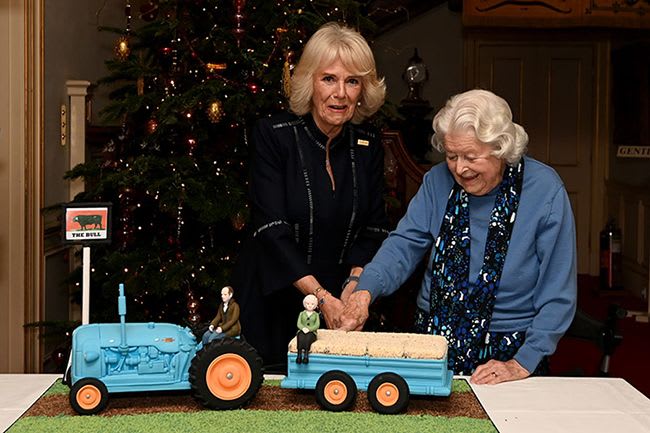 Last year, the Queen Consort revealed her love for BBC Radio 4 drama, The Archers, as she marked the programme’s 70th anniversary at a Clarence House reception.

Camilla said: “For as long as I can remember, I have loved this programme. It has been my faithful companion for a large part of my life. Like many other Archers addicts, I have been known to become quite ratty if disturbed between 7:00pm and 7:15pm – and, like thousands of others, had severe withdrawal symptoms when you all-but-disappeared during lockdown! But I’m very glad you’re back, let’s keep it that way.” 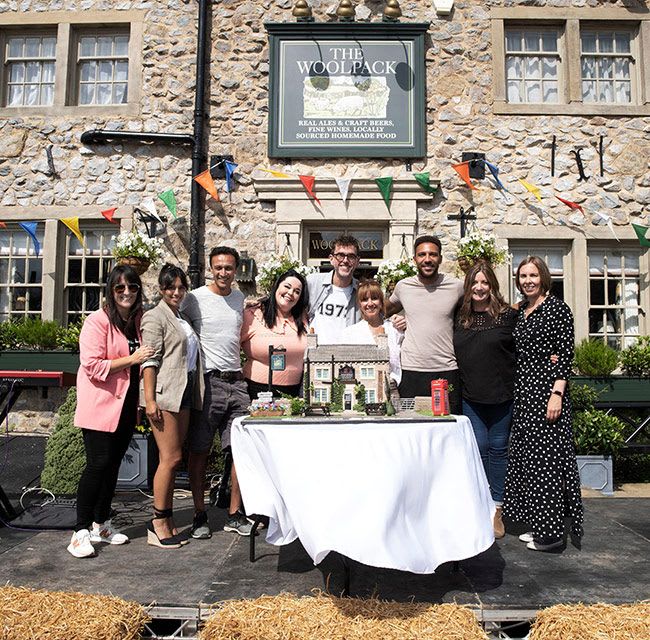 King Charles made a surprise appearance at the National Television Awards last week, to praise Emmerdale, which is celebrating its 50th anniversary. The new monarch revealed that he had been a fan of the show since it began, joking: “I’m afraid I’m so old I remember when it was called Emmerdale Farm, owned by the Sugdens.”

He also highlighted work behind-the-scenes, saying: “I’m also heartened by the production team’s efforts off screen. Their ambition to achieve net-zero emissions by 2030 has already made Emmerdale one of the first British programmes to be awarded Albert certification, recognising its efforts to reduce the environmental impact of its production process and to create content that stresses the importance of establishing a sustainable future.”

DISCOVER: 6 times the royals were heckled on public engagements: from Princess Kate to the late Queen 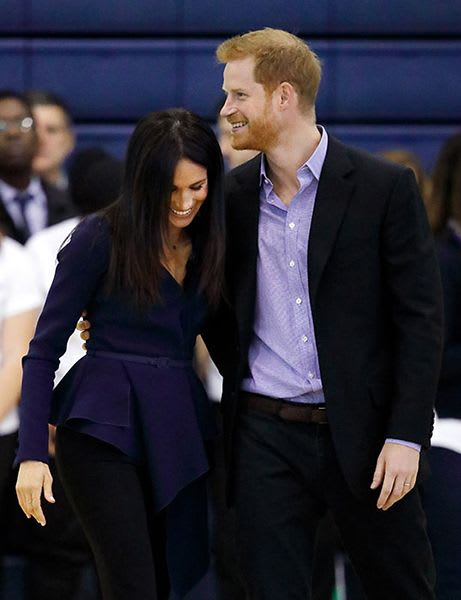 Prince Harry gave a rare insight into his and Meghan’s home life as he appeared on James Corden’s The Late Late Show in February 2021.

Speaking of an average night for himself and wife, Harry said: “Meg might cook a meal, we might order a takeaway, go upstairs, sit in bed, turn the TV on, watch some Jeopardy, maybe watch a little bit of Netflix.” 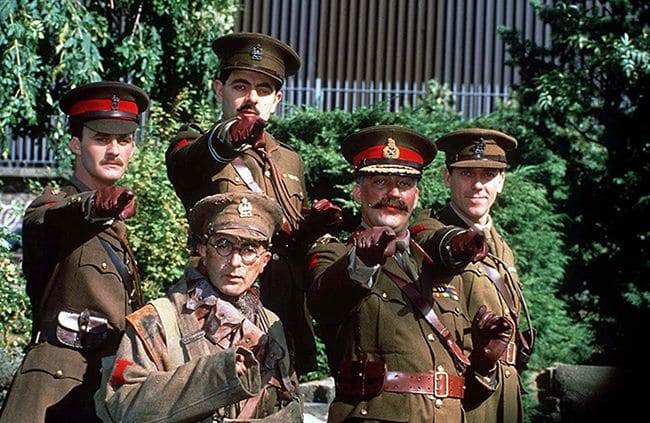 During his appearance on BBC’s The Big Night In in 2020, to support those working on the front line to tackle the coronavirus pandemic, the Prince William took part in a hilarious comedy sketch based on one of his favourite shows, Blackadder.

The royal joined one of the show’s stars Stephen Fry for the sketch, which saw him appear on a video call from his Norfolk home. William even joked with the actor about missing EastEnders after asking him for TV show recommendations. Quite hilariously, the future king also revealed that he tends to “avoid shows about royalty” when Stephen suggested he watch Netflix hit Tiger King!

MORE: 16 times the royals were spotted in unexpected places

In September last year, Prince William also revealed that he loves BBC’s Killing Eve. During a tour of BAFTA’s new venue at the time, he met some of the cast and crew members who were involved in the production on display.

Speaking about his love of the show, producer Sally Woodward Gentle said: “Apparently he has watched it all. We didn’t test him, but he did say it was quite a final ending to series two. So at least he watched the last three minutes of the last episode! He said he loved it. He talked about the dark humour of it, and Jodie and Sandra [Oh, her co-star], how amazing they both are. And he talked about the humour you can get through the costumes, which is what Phoebe [de Gaye] is so clever at.”

We wonder what he made to the ending!

According to the Daily Telegraph, the Queen used to love settling down to a Sunday evening episode of Downton Abbey during the show’s run from 2011 to 2018. According to the newspaper, the monarch would “point out things they have got wrong, partly because she is familiar with Highclere Castle, where it is filmed”.

She was also said to have enjoyed The X Factor and Coach Trip, and Vanessa Kirby revealed that she was told by one of the late monarch’s grandchildren that she likes the Netflix show based on her own life, The Crown.

Speaking on The Graham Norton Show in 2018, Vanessa explained: “A friend of mine was at a party where he didn’t know anyone so sidled up to a group who were discussing the show. One of the women said, ‘My granny kind of likes it.’ It turns out it was one of the princesses – the Queen’s granddaughter. It’s quite a reliable source – ish – so I am sure she is a fan!” 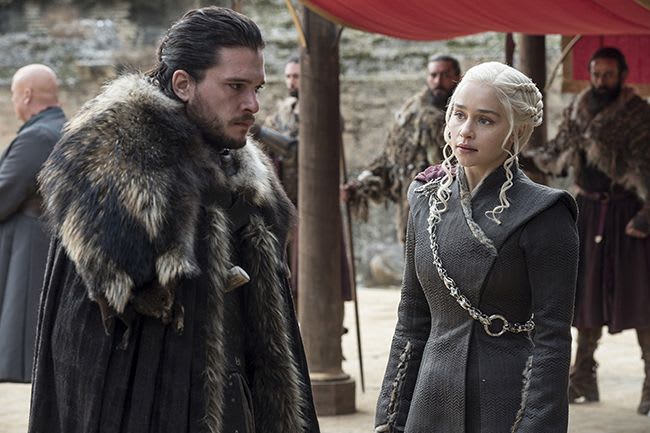 When they’re not watching children’s shows with their youngsters, the Prince and Princess of Wales love a night in with a takeaway and a good boxset! While chatting on BBC Radio 1 back in 2017, Prince William revealed that the pair are “big fans of Homeland” and also Game of Thrones. When a radio DJ mentioned she hadn’t watched it yet, William told her: “You should definitely watch Game of Thrones, that’s worth watching.” The couple also told actor Tom Wlaschiha, who plays Jaquan H’ghar in the show, that they have “watched every series”. He told the Evening Standard: “They wanted spoilers but I said I couldn’t tell them. I’m surprised they have time to watch such a long running series.”

But it’s not only hard-hitting television that the Duke and Duchess of Cambridge are fond of. According to William Moseley, star of E!’s The Royals, William and Kate are fans of One Tree Hill, which also hails from the creator of The Royals. Speaking to The Metro, the actor revealed: “Fortunately William and Kate were fans of our creator’s first show, One Tree Hill.” 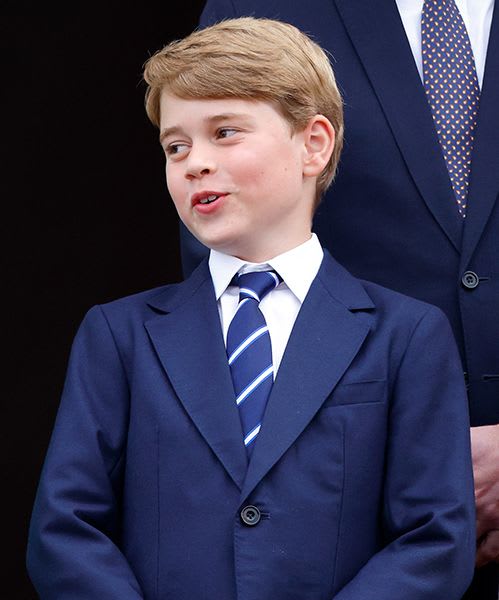 According to his mum and dad, George was said to be a huge Fireman Sam fan when he was younger and he wouldd get upset if you’re “not showing due diligence to the characters” while watching the show with him. After hearing that George loves the programme, the makers of Fireman Sam made a one-off special called ‘The Prince of Pontypandy’, which saw a Prince visit Fireman Sam’s hometown of Pontypandy on a royal visit, and ultimately save the day by flying a helicopter.

George is also a huge movie fan, and in 2017 his dad William could be heard revealing on Sky that his son is a big fan of Disney classic The Lion King.

Amanda Holden previously revealed that Prince Harry told her how much he enjoys watching Britain’s Got Talent. Chatting to the Independent, she revealed that on meeting the Prince, he cheekily asked her if Piers Morgan was “really a prat” to which she replied: “You can’t say that but yes!”

The Prince is also a fan of the film Zulu, and although it isn’t a TV show, he has watched it multiple times. He attended the 50-year anniversary screening of it back in 2014, and said: “I watch this film every single year before Christmas time. Maybe once. Maybe twice.”

Harry is also a big sci-fi fan, as is big brother William. In fact, the Princes love the Star Wars franchise so much that they attended the London premiere of The Last Jedi in 2017, and even paid a visit to the film’s set. Movie star John Boyega revealed that the royals got to try on a pair of Storm Trooper costumes, however, their scene was ultimately cut from the movie. The actor revealed: “They cut it from the film. I did personally apologise to the Princes yesterday and said: ‘Sorry you were cut out of the film.’ Will was like: ‘I guess I just need to work more on the skill.'”

King Charles revealed that he enjoys watching Poldark during a visit to Cornwall in 2018, where the show is set, with the Queen Consort. After touring the town of Fowey and taking a look in Bookends independent book shop, Charles mentioned the popular novels and show, saying: “What I can’t get over, watching that Poldark stuff on TV, is how many he wrote.” 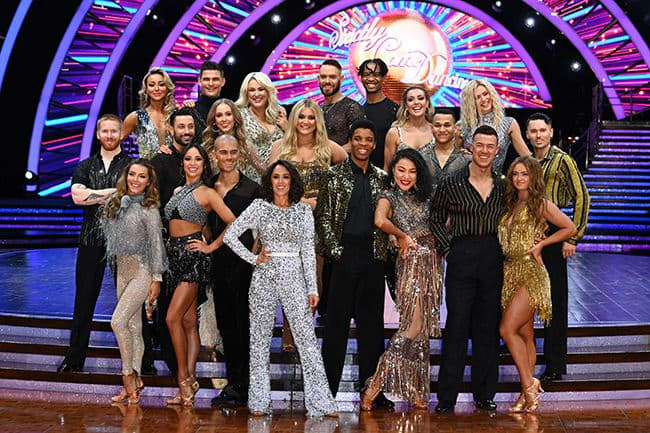 Down-to-earth couple Zara and Mike love watching Strictly Come Dancing, so much so that the royal even enjoyed a dance with Anton Du Beke at a celebrity charity evening at the Celtic Manor Resort in Newport, back in 2017. Speaking about the show, she said: “We love watching it.”