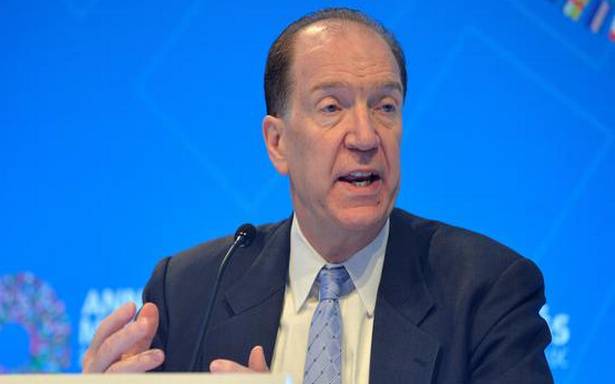 The head of the World Bank has arrived in Sudan, from where he will give a virtual address to the annual meetings of the financial institution and the International Monetary Fund on Thursday.

David Malpass landed in Khartoum on late Wednesday in the first visit for a World Bank president to the East African nation in more than 50 years, according to the prime minister’s office.

Mr. Malpass met with Premier Abdalla Hamdok and Finance Minister Gibreil Ibrahim, who hailed the visit as a sign that Sudan’s integration into the international community “is progressing in strides,” Mr. Hamdok’s office said.

Sudan is now on a fragile path to democracy after a popular uprising led to the military’s overthrow of longtime autocrat Omar al-Bashir in 2019. The transitional government faces daunting economic challenges.

The country has for years struggled with an array of economic woes, including a huge budget deficit and widespread shortages of essential goods and soaring prices of bread and other staples. Conditions worsened after the oil-rich south seceded in 2011 after decades of war, taking with it more than half of public revenues and 95% of exports.

The transitional government has recently embarked on a reform programme that included a series of austerity measures such as floating the currency and slashing fuel subsidies. The measures have led to hikes in the price of fuel and other essential goods.

The programme has been backed by the World Bank and the IMF.

In May, the World Bank said it has allocated $2 billion to Sudan to finance big infrastructure projects along with others over the next 12 months.

The allocation came after Sudan cleared its overdue payments to the World Bank, giving the government access to new types of international financing for the first time in nearly three decades.