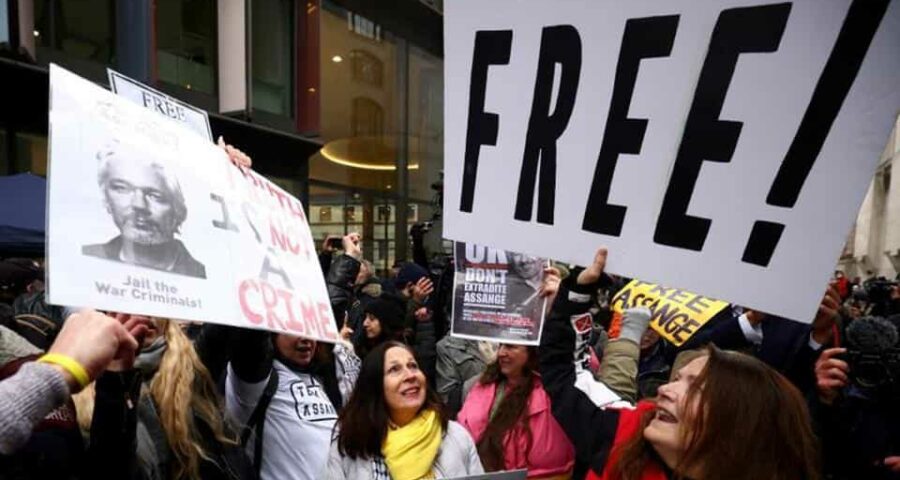 WikiLeaks’ founder Julian Assange will discover on Wednesday if he will be allowed to taste freedom after years of self-incarceration and jail time, following victory in his battle to avoid extradition from Britain to the United States.

A British judge on Monday rejected a request from US authorities for Assange, 49, to be sent across the Atlantic to face 18 criminal charges of breaking an espionage law and conspiring to hack government computers.

The charges relate to the release by WikiLeaks of hundreds of thousands of confidential US military records and diplomatic cables which US officials say put lives in danger.

Although Judge Vanessa Baraitser accepted the US legal arguments in the case, she said Assange’s mental health issues meant he would be at risk of suicide if he were extradited.

The US Department of Justice says it will continue to seek his extradition and will appeal against her verdict.

In the meantime, Assange, who is currently being held in the top-security Belmarsh Prison in east London, will seek to be freed on bail at a hearing on Wednesday.

If Baraitser grants his request, he will be able to enjoy freedom for the first time in more than eight years.

Admirers hail Australian-born Assange as a hero for exposing what they describe as abuses of power by the United States. But detractors cast him as a dangerous figure who has undermined the security of the West, and dispute that he is a journalist.

WikiLeaks published hundreds of thousands of secret US diplomatic cables that laid bare often critical US appraisals of world leaders, from Russian President Vladimir Putin to members of the Saudi royal family.

Assange made international headlines in early 2010 when WikiLeaks published a classified US military video showing a 2007 attack by Apache helicopters that killed a dozen people in Baghdad, including two Reuters news staff.

In June 2012, Assange fled to London’s Ecuadorean embassy after losing his bid to prevent extradition to Sweden, where he was wanted for questioning over alleged sex crimes.

He remained in the embassy, living in confined conditions, until being dragged out in April 2019. Although the Swedish case against him had been dropped by then, he was jailed for breaching British bail conditions and his supporters forfeited sureties of 93,500 pounds ($127,076).

He has remained behind bars after completing his jail term pending the outcome of the U.S. extradition case, which would include any appeal by the United States. Baraitser has previously refused him bail, saying he remained a flight risk.

Assange’s partner Stella Moris, with whom he had two children while holed up in the embassy, said they could not celebrate as long as he was still in prison.

“We will celebrate the day he comes home,” she said.

Assange’s lawyer Edward Fitzgerald said on Monday that the extradition ruling cast a new light over the bail decision. But Nick Vamos, lawyer at London-based firm Peters & Peters and former head of extradition at Britain’s Crown Prosecution Service, said he expected his bid not to succeed.

“To do so, he would have to point to some change in circumstances, for example the COVID-19 risk in Belmarsh, other than the extradition judgment in his favour,” Vamos said. “I expect his bail application to fail.”