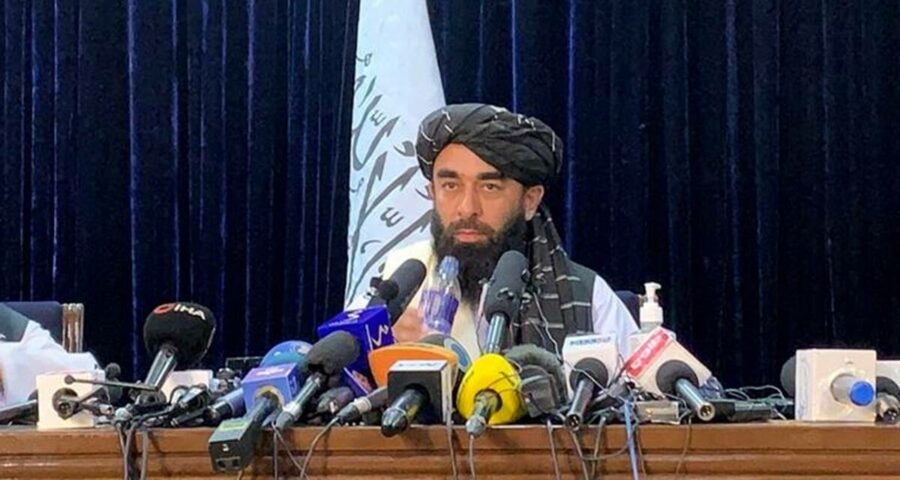 The initial euphoria in Iran over the US withdrawal from its conflict-stricken eastern neighbor has faded, and the mood is changing. Iran is hosting a meeting of Afghanistan’s neighbors plus Russia on Wednesday to discuss the current situation in the war-ravaged country.

The conference, organized by the Iranian Foreign Ministry, will see the foreign ministers of Iran, China, Pakistan, Tajikistan, Uzbekistan, Turkmenistan and Russia holding talks in the Iranian capital Tehran on Afghanistan’s political future and the formation of a new government.

Representatives of the “Islamic Emirate,” or the Taliban government, have not been invited “yet,” according to the Afghan broadcaster TOLO News.

Iran’s population is majority Shiite but Sunni minorities live predominantly in the areas near the border with Afghanistan. The Sunnis have long complained about discrimination by Iranian authorities.

Due to dilapidated infrastructure and a lack of health and educational facilities, the areas near the Afghan border are the poorest and least developed in Iran.

Since the Taliban seized power in Afghanistan in mid-August, Iran has been debating whether the Islamic fundamentalist group has changed its ways since the last time it was in power over 20 years ago.

Tehran has called on its conflict-stricken eastern neighbor to form an inclusive and stable government — something Iran considers vital for its own national security.

What Iran wants in Afghanistan is peace; what it does not want is violence and terrorism, Foreign Ministry Spokesman Said Chatibsadeh said last week. Iran is committed to an inclusive government in which all political groups are represented, he added.

But Fatemeh Aman, an Iran expert at the Washington-based Middle East Institute (MEI), told DW that “Iran has miscalculated.”

“The Taliban’s leadership structures are multilayered, complicated and opaque. That makes negotiations with them difficult, and not just for Iran.”

Iran had already begun negotiations with representatives of the Taliban before the withdrawal of international troops from Afghanistan, presumably hoping that it would help Tehran to gain influence in Kabul.

Later, Iranian leadership explicitly welcomed the Taliban’s return to power in Afghanistan and called for the rapid formation of a government with the participation of all political groups.

Within the Taliban, however, the radical wing — including the Haqqani Network with its strong ties to Pakistan — seems to have prevailed. Sirajuddin Haqqani, a son of Jalaluddin Haqqani, who founded the network in the 1980s during Afghan resistance against Soviet occupation,for instance, has become Afghanistan’s new interior minister.

Haqqani is believed to be the mastermind of numerous suicide bombings over the past 15 years and is on a US Federal Bureau of Investigation (FBI) wanted list.

The farmland, it appears, is to be looted from the Shiite minority. According to Human Rights Watch, the Taliban are driving members of the Hazara ethnic and religious minority away from their villages in Afghanistan’s fertile north in order to seize their property.

The Hazara community belongs predominantly to the Shiite denomination and they are being systematically persecuted by the Sunni Taliban.

This expropriation policy has further exacerbated differences over how Tehran should deal with the Taliban. Mahmoud Ahmmadi, a member of the Iranian parliament’s National Security and Foreign Policy Committee, wrote on his Twitter account Sunday, “Where are those who wanted to give a clean chit to the Taliban and claimed that the Taliban had changed?”

Ahmmadi’s comments were aimed at those in Tehran who believe the Taliban have moderated their stances and are no longer the radical Islamist movement of decades past.

“Iran is mainly concerned about the possible outbreak of a civil war in Afghanistan,” said MEI expert Aman. “The long border with Afghanistan is difficult to secure because of its geography. Chaos in Afghanistan could encourage smuggling of not only drugs and people, but also weapons and ammunition to the disadvantaged areas,” she noted.

“That’s why Iran is trying to cooperate with neighboring countries to persuade the Taliban to form an inclusive government with the participation of minorities, including women.”