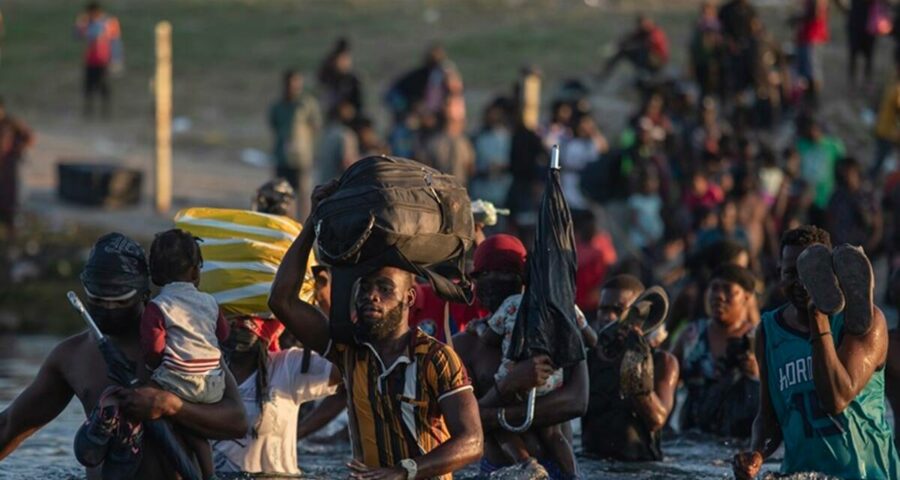 It was the highest number of illegal crossings recorded since at least 1960, when the government began tracking such entries. A record 1.7 million migrants from around the world, many of them fleeing pandemic-ravaged countries, were encountered trying to enter the United States illegally in the past 12 months, capping a year of chaos at the southern border, which has emerged as one of the most formidable challenges for the Biden administration.

It was the highest number of illegal crossings recorded since at least 1960, when the government began tracking such entries.

Single adults represented the largest group of those detained in the fiscal year that ended Sept. 30, at 1.1 million, or 64% of all crossers. There were also large numbers of migrant families — more than 479,000, which is about 48,000 fewer than during the last surge in family crossings in 2019.

But the nearly 147,000 children without parents or guardians was the largest number border agents had encountered since 2008, when the government started tallying unaccompanied minors. Finding shelter for migrant children awaiting release to relatives or other sponsors in the United States was one of President Joe Biden’s earliest challenges. As of Friday, nearly 11,000 remained in government custody.

Border crossers hailed from around the globe, many of them seeking economic opportunity as the coronavirus pandemic erased hundreds of millions of jobs. Agents intercepted people from more than 160 countries in Asia, Africa and Latin America, with Mexico accounting for the largest share.

A public health rule, invoked by former President Donald Trump at the beginning of the pandemic in 2020 to seal the border, has remained in place under the Biden administration. Over the past 12 months, the Border Patrol has carried out more than 1 million expulsions of migrants back to Mexico or to the migrants’ home countries. Agents used the public health rule to expel migrants they encountered 61% of the time and to expel families 26% of the time.

Republicans have blamed Biden’s promises to reverse Trump-era immigration policies for fueling the surge, as word spread that the country’s borders had become easier to breach. Sen. Tom Cotton, R-Ark, called on Friday for the Biden administration to declare a national emergency on the southern border.