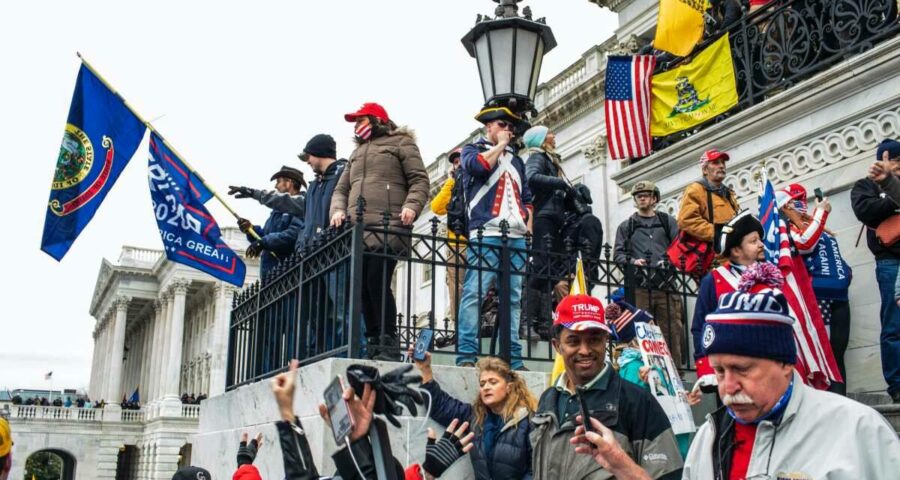 US Capitol Hill Siege Live Updates: All eyes now on FBI's investigation to punish the perpetrators; more than a dozen people arrested with offences. US Capitol Hill Siege Live News Updates: Two days after his supporters stormed the US Capitol in an assault on the country’s democracy, US President Donald Trump faced a fresh wave of opposition Friday with Twitter permanently suspending his account and calls for his impeachment gaining more momentum.

Asking for Trump’s immediate resignation, House Speaker Nancy Pelosi said that she has instructed the House to move ahead with a motion of impeachment if he doesn’t resign himself and invoke 25th Amendment, that enables the removal of a president, unable to discharge his duties.

The FBI’s investigation to punish the perpetrators is in full swing, with more than a dozen people arrested with offences, The New York Times reported. Washington Police has charged at least 5 people and arrested Richard Barnett, who entered Pelosi’s office, where he “left a note and removed some of the speaker’s mail”.

Meanwhile, in a video address, Trump expressed his staunch opposition to the “intruders” and condemned the violence that threatened American democracy saying that he was outraged by the “violence, lawlessness and mayhem.” At least 5 people have died in the violence after a mob massed towards the government building on Wednesday, the latest being a US Capitol police officer who died due to injuries sustained after physically engaging with the protestors.

Twitter permanently bans Trump; Democrats ask for Trump’s immediate resignation; Over a dozen arrests made after Capitol storming. Follow this space for the latest updates.

House Speaker Nancy Pelosi of California said Friday that the House would move to impeach President Donald Trump over his role in inciting a violent mob attack on the Capitol if he did not resign “immediately,” appealing to Republicans to join the push to force him from office.

In a letter to members of the House, the speaker invoked the resignation of Richard Nixon amid the Watergate scandal, when Republicans prevailed upon the president to resign and avoid the ignominy of an impeachment, calling Trump’s actions a “horrific assault on our democracy.”

“Today, following the president’s dangerous and seditious acts, Republicans in Congress need to follow that example and call on Trump to depart his office — immediately,” she wrote. “If the president does not leave office imminently and willingly, the Congress will proceed with our action.”(Read more here) 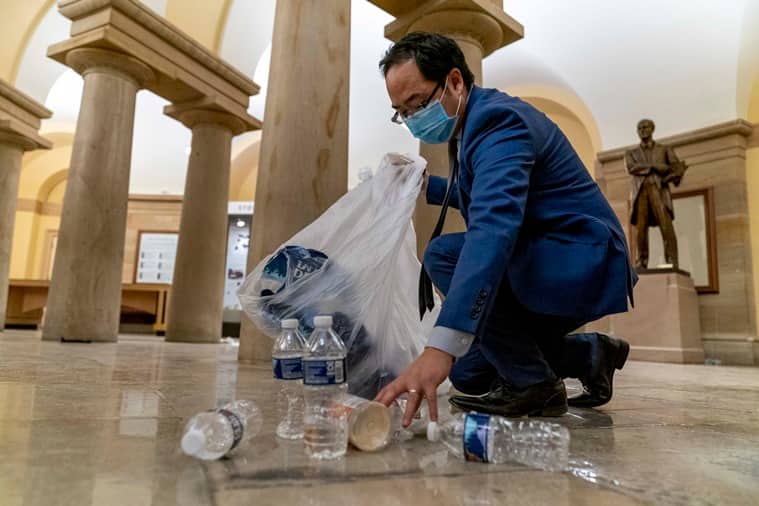 Rep. Andy Kim, D-N.J., cleans up debris and trash strewn across the floor in the early morning hours of Thursday, Jan. 7, 2021, after protesters stormed the Capitol in Washington, on Wednesday. (AP Photo/Andrew Harnik)

Outgoing US President Donald Trump took a different tone on Thursday and strongly opposed the “heinous attack” on the Capitol, saying he was “outraged by the violence, lawlessness and mayhem.” In a video address, Trump expressed his staunch opposition to the “intruders” and condemned the violence that threatened American democracy.

“America is and must always be a nation of law and order, to those who engage in the acts of violence and destruction you do not represent our country,” Trump said in his first public comments after Twitter blocked his account.

A swarm of resignations have surfaced since the storming of the Capitol by Trump supporters. US cabinet members — Education Secretary Betsy DeVos and Transport Secretary Elaine Chao– put in their resignations after being “deeply troubled” by the situation. A day earlier a number of senior White House staffers, including US Deputy National Security Advisor, first lady’s chief of staff among others resigned over the Capitol Hill violence. US Capitol Police Chief Steven Sund has too announced his resignation after facing criticism for failing to prevent the attack.