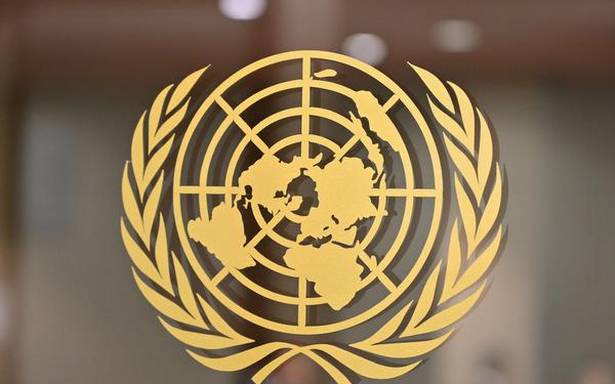 Reiterating his concern over the situation in Myanmar, United Nations (UN) Secretary General Antonio Guterres has been reaching out to regional leaders in Asia to call for collective and bilateral action to create conditions for the recent military coup in the country to be reversed, the UN chief’s spokesperson has said.

The military accused Suu Kyi’s government of not investigating allegations of voter fraud in recent elections. Suu Kyi’s party swept that vote and the military-backed party did poorly. The state election commission has refuted the allegations.

Explainer | Why did the Myanmar military stage a coup?

“The Secretary-General continues to follow the situation in Myanmar closely and with grave concern. He and his Special Envoy have been reaching out to key international actors, including regional leaders, in calling for collective and bilateral action to create conditions for the recent coup in Myanmar to be reversed,” Spokesman for the Secretary-General Stephane Dujarric said at the daily press briefing on Monday.

Mr. Dujarric said the UN welcomes the fact that there are discussions for a Human Rights Council special session to take place soon, which will help to keep the momentum following the Security Council’s discussion on the situation earlier this month.

Mr. Dujarric said the Secretary-General and his Special Envoy on Myanmar Christine Schraner Burgener will continue to mobilise the international community, including through engaging members of the Security Council to carry out calls for a return to democracy, pursuance of dialogue and reconciliation in accordance with the will and interests of the people of Myanmar, and for the immediate release of those detained.

“We remain in close contact with national actors, including civil society organisations whose protection is paramount. We are concerned at the restrictions on civil society, journalists and media workers,” Mr. Dujarric said.

The 15-nation Security Council, the most powerful organ of the world organisation, had issued a press statement on Thursday on the situation in Myanmar, three days after the military seized power in the Southeast Asian nation.

The Council members expressed “deep concern” at the declaration of the state of emergency imposed in Myanmar by the military on February 1 and the arbitrary detention of members of the government, including State Counsellor Aung San Suu Kyi and President Win Myint and others. “They called for the immediate release of all those detained.” Last week, in a first contact between the UN and Myanmar military since generals seized power in a bloodless coup, Ms. Burgener spoke with the country’s Deputy Commander-in-Chief Vice-General Soe Win and expressed “strong condemnation” of their action and called for the immediate release of all detained leaders.

Setback in Myanmar: on military coup

As the military in Myanmar imposed curfew on Monday in various different areas, and banned gatherings of more than five people, Mr. Dujarric described these measures as “concerning”.

“Measures that limit people’s ability to speak up, to demonstrate freely are concerning,” he said, adding that the UN has seen reports of rolling blackouts of Internet networks, which “undermine core democratic principles.”