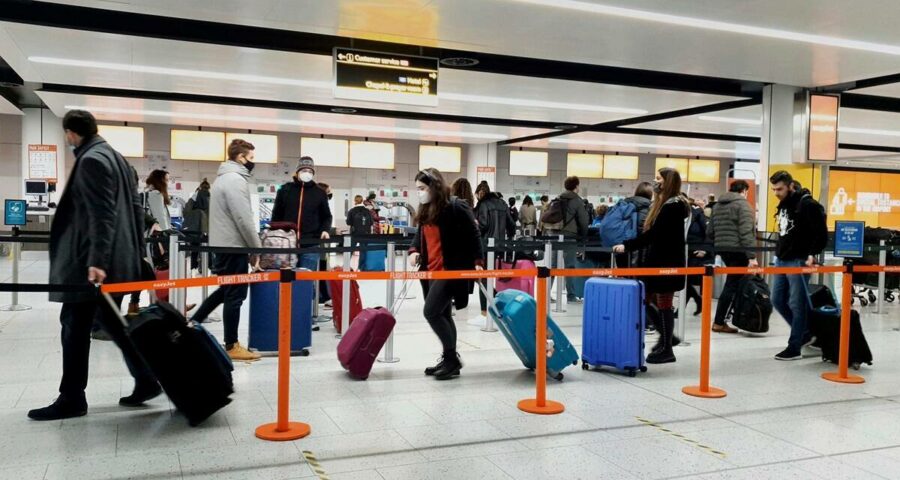 From the end of October, fully vaccinated passengers from non-red list countries will be able to replace the current compulsory day-two PCR test requirement with cheaper lateral flow tests. The UK government on Friday announced a major relaxation of international travel rules for vaccinated people coming in and out of England, with long-haul routes between India and the UK set to benefit.

From October 4, the current traffic light system of red, amber and green countries based on levels of Covid-19 risk will be scrapped and replaced with one red list only.

The scrapping of an amber list, which is what India is currently on, means a reduced cost burden for travellers – especially for the Indian diaspora vaccinated in the UK – related to compulsory PCR tests.

However, an expanded list of countries whose vaccines are recognised in England does not include India, which means that Indians vaccinated with Covishield – the Serum Institute of India produced Oxford/AstraZeneca vaccine – would still be required to undergo a pre-departure PCR test and further tests on landing in the UK.

From October 4, travellers from 17 additional countries with eligible vaccines, including Japan, Singapore and Malaysia, will no longer need to take pre-departure PCR tests for travelling into England.

“Today’s changes mean a simpler, more straightforward system. One with less testing and lower costs, allowing more people to travel, see loved ones or conduct business around the world while providing a boost for the travel industry,” said UK Transport Secretary Grant Shapps.

“Public health has always been at the heart of our international travel policy and with over 44 million people fully vaccinated in the UK, we are now able to introduce a proportionate updated structure that reflects the new landscape,” he said.

Testing for unvaccinated passengers from non-red countries will include pre-departure tests, day 2 and day 8 PCR tests. Passengers who aren’t recognised as being fully vaccinated with authorised vaccines and certificates under England’s international travel rules, including India, will still have to take a pre-departure test, a day 2 and day 8 PCR test, and self-isolate at their given address for 10 days upon entry.

All passengers will still need to fill in the compulsory passenger locator form ahead of travel.
In the latest update, Pakistan, Bangladesh and Sri Lanka are among eight red list destinations moved off the travel ban list from next Wednesday. Turkey, the Maldives, Egypt, Oman, and Kenya are the others to be off the red list.

From the end of October, fully vaccinated passengers from non-red list countries will be able to replace the current compulsory day-two PCR test requirement with cheaper lateral flow tests.

Anyone testing positive will need to isolate and take a free confirmatory PCR test, which would be genomically sequenced to help identify new variants.

“Today we have simplified the travel rules to make them easier to understand and follow, opening up tourism and reducing the costs to go abroad,” said UK Health Secretary Sajid Javid.

“As global vaccination efforts continue to accelerate and more people gain protection from this dreadful disease, it is right that our rules and regulations keep pace,” he said.

This new two-tiered system is expected to stay in place till the end of the year, with a further review planned for early in the new year.