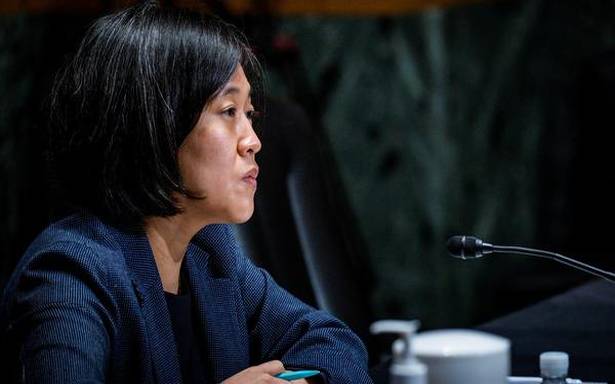 The U.S. will begin trade discussions with China while pushing Beijing to adhere to the terms of the Trump administration’s ‘Phase I’ trade deal, U.S. Trade Representative (USTR), Katherine Tai said on Monday.

Speaking at the Center for Strategic and International Studies (CSIS), a Washington DC based think tank, Ms. Tai said that in talks with Beijing, the U.S. would discuss China’s “performance” under the Trump era trade deal.

“First, we will discuss with China, its performance under the Phase I agreement,” Ms Tai said, referring to a deal that came into effect in early 2020. The agreement involved China committing to purchase goods from certain U.S. sectors (agricultural, manufacturing, energy, etc.) and addressing U.S. issues with its practices around intellectual property in return for the U.S. freezing or cutting tariffs imposed earlier in what had been an escalating trade war-like situation between the two countries.

Mr Biden has repeatedly been critical of Trump’s trade actions towards China. However, Senior administration officials told reporters on a Sunday afternoon briefing call that while Mr Biden was critical of the Phase I deal, it had helped some U.S. industries, and would be continued where it worked.

“For example, there is real-world evidence that some businesses covered by the phase one trade deal have done better. So, for American industries like agriculture that have benefited from phase one, President Biden is going to continue doing things that work…” an official said.

China fell short of its committed purchases in 2020 by 40% and will fall short by 30% in 2021 according to Chad Bown of the Peterson Institute for International Economics.

Next, the U.S. is expected to begin a ‘targeted tariff exclusion process’ and keep open the option of expanding this process to cover other goods in the future, Ms Tai said during her speech on Monday. The process , created under the former administration, allows U.S. companies with no alternatives to Chinese inputs to apply for tariff exemptions.

She said Beijing had “doubled down” on its state-centred economic practices and that China’s “lack of adherence to global trading norms” had undercut the prosperity of the U.S. and its allies. The third aspect of the trade policy she outlined would involve raising these concerns with China.

The final and fourth part of the strategy would involve working with allies to shape the rules for “fair trade” and to “facilitate a race to the top for market economies and democracies.”

“When it comes to our relationship with China, what’s best for American workers, is growing the American economy to create more opportunity and more jobs with better wages, here in the United States,” Ms Tai said.

“As the United States Trade Representative, I intend to deliver on President Biden’s vision for a worker centred trade policy in the US, China trade dynamic,” she said emphasizing a theme of the Biden agenda.

Ms Tai said that the administration needed to show that trade policy could work for everyday people and that foreign policy and domestic policy would be aligned.

“ We will create durable trade policy that benefits a broad range of stakeholders. By rebuilding trust with our workers and aligning our domestic and foreign policies,” she said.

She talked about investing in the U.S. and creating resilient supply chains, citing a trillion dollar infrastructure package and a larger social spending package the Biden administration and Congress are grappling with at the moment.

Building resilient supply chains has featured heavily in the administration’s works program with allies – including in discussions with India and with the Quad countries at the end of September .

Asked in a question and answer session if the U.S. would consider launching a (another) probe into China’s trading practices – commonly referred to as a ‘301’ after the statute that underlies it, Ms Tai suggested it was an option.

“Depends. I have all kinds of tools available to us,” she said.

“We will look at all available tools in addressing our concerns and ensuring that we are able to defend the interests of the American economy.”