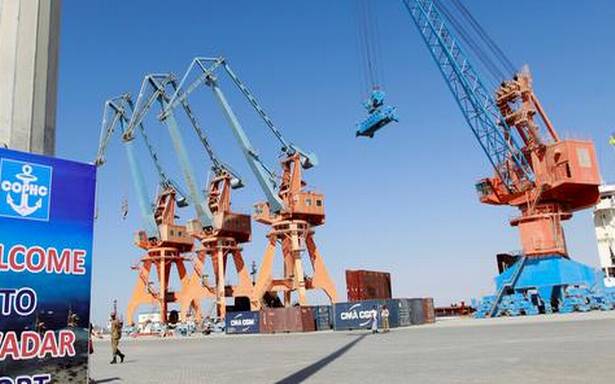 Mr. Mansoor said the Western powers view the CPEC as a symbol of China’s political ambition.

Chief of the China-Pakistan Economic Corridor (CPEC) Authority has accused the United States of sabotaging the multi-billion dollar project, the economic lifeline of Pakistan, a media report said.

The ambitious CPEC was launched in 2015 when Chinese President Xi Jinping visited Pakistan.

It aims to connect western China with the Gwadar seaport in southwestern Pakistan through a network of roads, railways and other projects of infrastructure and development.

“From the point of view of the emerging geo-strategic situation, one thing is clear: the United States supported by India is inimical to CPEC. It will not let it succeed. That’s where we have to take a position,” said Khalid Mansoor, the Special Assistant to Pakistan Prime Minister Imran Khan on CPEC affairs, while addressing the CPEC Summit at the Institute of Business Administration in Karachi on Saturday.

Islamabad is the seventh largest recipient of Chinese overseas development financing with 71 projects worth $27.3 billion currently underway as part of the CPEC.

Many Western think tanks and commentators have termed the CPEC an economic trap that has already resulted in bloated public debt levels and disproportionately high Chinese influence in Pakistan’s economy, a report in the Dawn newspaper said.

The premier’s aide said the United States and India continue to “make attempts to manoeuvre Pakistan out of” China’s Belt and Road Initiative (BRI) — a global infrastructure development plan — under which the Chinese government has been investing heavily in about 70 countries, the report said.

“There’s no way Pakistan will forgo any of its benefits. It has more than once burnt its fingers in (the Western) alliance in the past,” he said, adding that their attempts to dilute China’s strategic influence in the region will fail.

Mr. Mansoor said the Western powers view the CPEC as a symbol of China’s political ambition.

“That’s the reason CPEC is seen suspiciously by both the United States and Europe… they view CEPC more as a move by China to expand its political, strategic and business influence,” said Mr. Mansoor, noting that China has been able to allay that apprehension “to a great extent”.

The United States is now “taking stock of the economic and political consequences” of withdrawing from the region, he reasoned.

“I had a detailed discussion with the people in the American embassy. I told them CPEC is available for them as well. They have also expressed their wish that they would like to develop some kind of involvement and see how it can be beneficial for both countries,” he said.

Mr. Mansoor said Islamabad is seeking the expansion of the CPEC to Afghanistan and has discussed the possibility of Taliban-led Afghanistan joining the multibillion-dollar economic corridor.

He said there has been “deep interest” in developing economic connectivity between Afghanistan and Pakistan and with other neighbouring countries, including Iran.

“Some European countries have started showing interest (in CPEC). Their ambassadors keep on coming,” he said.

He referred to fake news and “negative propaganda” about the viability of CPEC and the pace of its progress.

“In terms of its scope, Phase II of CPEC is going to be an order of magnitude bigger than Phase I,” he said.