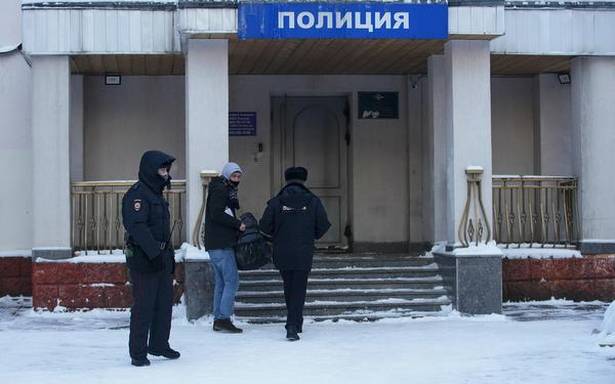 Britain on January 18 demanded Russia immediately release Kremlin critic Alexei Navalny and said Moscow should explain how he was attacked with a chemical weapon.

“It is appalling that Alexei Navalny, the victim of a despicable crime, has been detained by Russian authorities. He must be immediately released,” Foreign Secretary Dominic Raab said.

“Rather than persecuting Mr. Navalny Russia should explain how a chemical weapon came to be used on Russian soil.”

Russian police detained Mr. Navalny on arrival in Moscow on Sunday after he flew home to Russia from Germany for the first time since he was poisoned last summer.

‘Western anger meant to distract from problems at home’

Meanwhile, Russian Foreign Minister Sergei Lavrov said that Western countries’ expressions of outrage over the detention Mr. Navalny were designed to distract their own citizens from domestic problems.