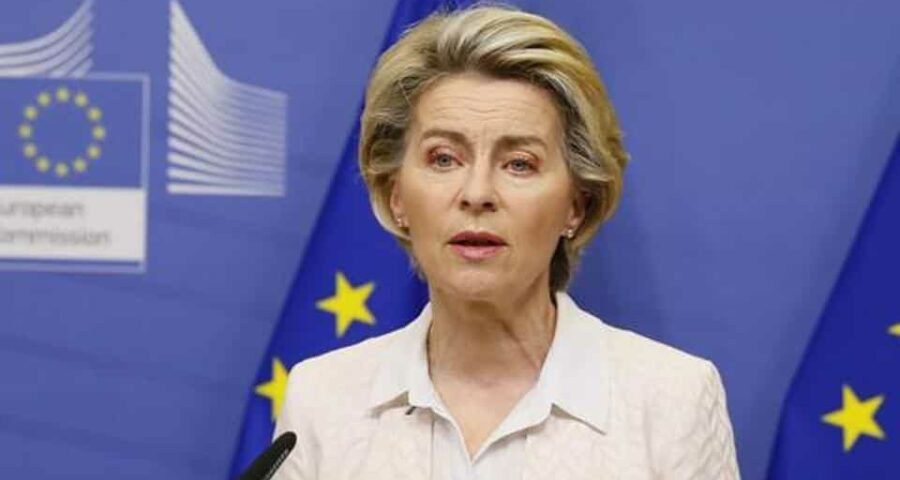 The European Union (EU) has conducted a monthslong shopping spree to secure vaccines to battle the Covid-19 pandemic.

The following is a timeline of its strategy.

In June the EU set up a team of experts from the bloc’s 27 member states to negotiate together with vaccine makers the advance purchase of Covid-19 shots, with a budget of about 2 billion euros ($2.4 billion).

That followed criticism by member states of Germany, France, Italy and the Netherlands, which that month had reached a deal with AstraZeneca on the supply of up to 400 million doses of its vaccine candidate.

EU countries not involved in the deal said that could have triggered a race among EU governments for vaccines. The solution was to secure them together and to commit not to run parallel talks with pharmaceutical firms.

The bloc immediately started negotiations with Johnson & Johnson and Sanofi, and then with BioNTech/Pfizer CureVac and Moderna .

EU officials said vaccine makers were selected on the basis of progress in their trials, of their ability to produce shots for Europe quickly and of the technology they used – in a bid to diversify and give Europe as many different technologies as possible given that some vaccine trials may fail.

The first deal made was with AstraZeneca in August for 400 million doses, largely converting the agreement initially sealed by Germany, France, Italy and the Netherlands. At that time, the vaccine developed by the British-Swedish firm together with Oxford University was conducting large-scale, Phase III trials.

Pfizer and BioNTech were also carrying out Phase III trials in August, but the EU reached a deal with them only in November – for 300 million doses – after they said trial results showed their vaccine was highly effective and safe.

In July, the EU had refused an offer by BioNTech/Pfizer to order 500 million doses as it found the suggested deal too expensive, according to an internal EU document seen by Reuters.

The Pfizer-BioNTech vaccine is based on messenger RNA (mRNA) technology. The first to be authorised in Western countries, it poses significant – and unique – logistical challenges because it needs to be stored at ultra-cold temperatures.

Germany, in what appears to be a breach of the EU agreements, conducted parallel talks for the supply of 30 million additional doses from BioNTech, which is based in Germany and had received German funds.

A German health ministry spokesman said this week the deal was sealed in September, two months before the EU contract, although the timing of deliveries is still unclear.

Before sealing the contract with Pfizer and BioNTech, the EU decided to close a quicker deal with France’s pharmaceutical giant Sanofi in September for 300 million doses.

At that time, the Sanofi vaccine, being developed with British firm GlaxoSmithKline, was at just Phase I and II of trials. In December, the two companies announced their trials were not successful and needed at least another year of tests .

The Sanofi/GSK vaccine is based on lab-made proteins designed to trigger an immune response, an established technology already used in vaccines against other viruses.

After Sanofi, the EU signed a third deal with U.S. pharmaceutical giant Johnson & Johnson in October for the supply of up to 400 million doses of its vaccine which is based on a viral vector and was already at Phase III when the deal was closed. The company was given a down payment of nearly 350 million euros ($432 million).

The contract with Pfizer and BioNTech, the EU’s fourth, was signed on Nov. 11. Days later, the bloc announced an agreement with German firm CureVac for up to 405 million doses. At that time, CureVac had not yet started Phase III large-scale trials.

It is unknown how much money was given in a down payment to the German biotech company, which had already received EU funds to develop vaccines. Germany’s state-owned KfW development bank is a major shareholder in CureVac.

A sixth deal with US biotech firm Moderna was signed by the EU on Nov. 25, after successful trial results were announced. It envisages the supply of up to 160 million doses.

Both Moderna’s and CureVac’s vaccines are based on the mRNA technology, the same used in the Pfizer-BioNTech shot.

The EU is now in talks with U.S. firm Novavax for 200 million doses of its vaccine and with Pfizer for an additional contract of 50/100 million doses.