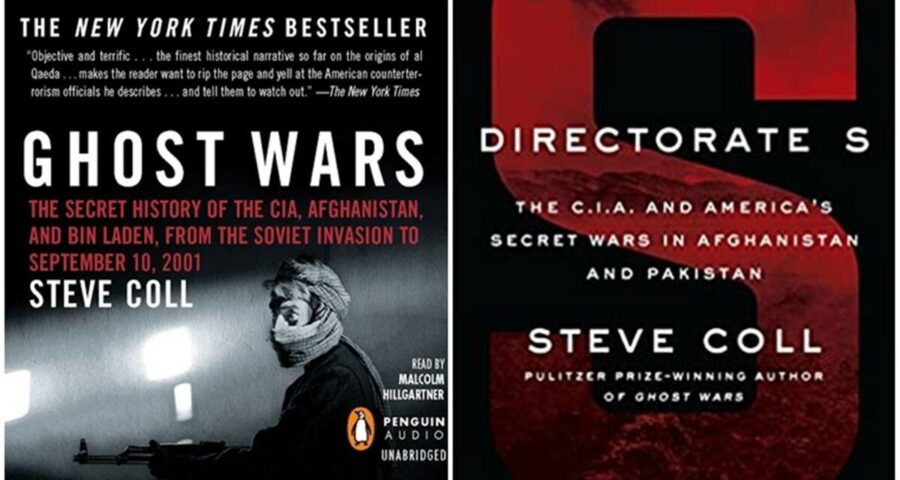 If you wish to know what exactly were the roles of the US and the Taliban in Afghanistan and the reasons for the seemingly never ending chaos and bloodshed in that country, here are seven books that will give you a better understanding of matters. 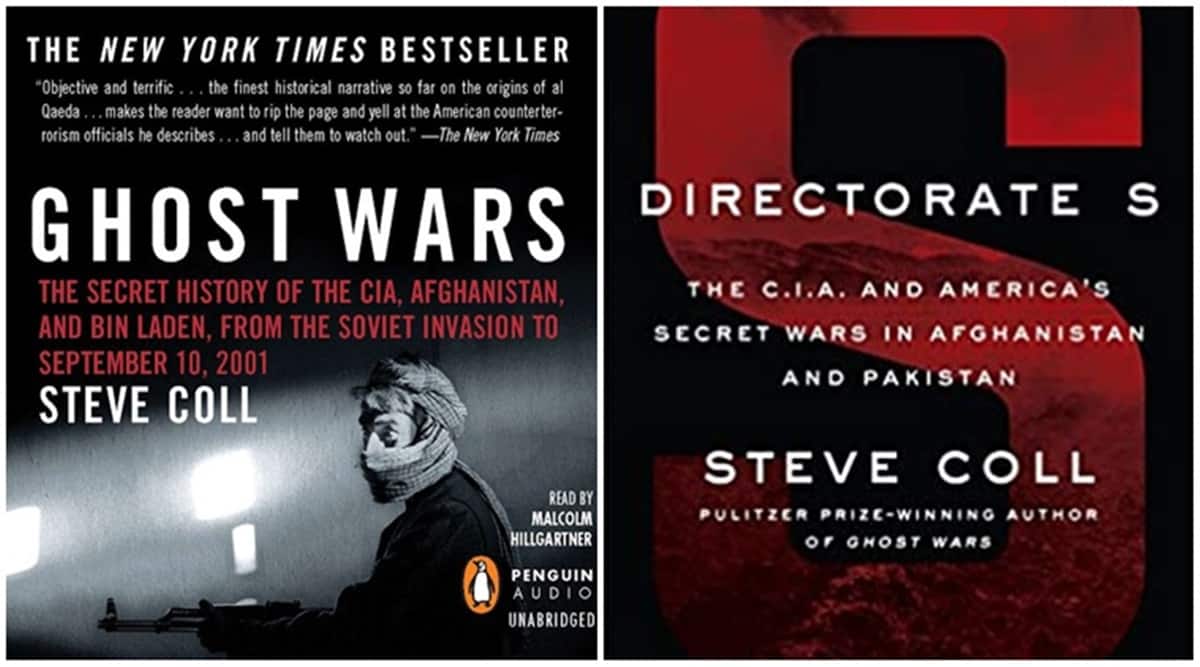 As Afghanistan seemingly descends into chaos, there are many who are wondering how things got so bad. After all, almost two decades ago, the Taliban had fled from Kabul, leaving it to the US forces. An era seemed to have come to an end in Afghanistan and the troubled state seemed set to have a democratic government. Alas, that did not happen. Kabul is back with the Taliban, and this time it seems to the US that has fled, sparking scenes that were reminiscent of its withdrawal from Saigon in 1975. How did things come to this pass? We might not definitely know for a while, but a number of authors and journalists had seen this coming. So if you wish to know what exactly were the roles of the US and the Taliban in Afghanistan and the reasons for the seemingly never ending chaos and bloodshed in that country, here are seven books that will give you a better understanding of matters. Some might seem a little dated in terms of publication, but their content remains relevant. Sadly so.

Farewell to Kabul
By Charlotte Lamb The title of Charlotte Lamb’s book on Afghanistan seems eerily in sync with the headlines of the day. She wrote the book in 2015 and it was released to broadly mixed reviews, but as time has passed, it has emerged as one of the few comprehensive and easily the most sensitively-written accounts of life in Afghanistan under the US-aided administration. From scenes of war to the marketplace to even some time with President Hamid Karzai (who emerges as a very strange figure) to Bin Laden’s death, it is all here. And written with a lot of sensitivity. Some might find the detail a bit too much (the book spans more than 600 pages), and others might think that Lamb focuses more on people than overall policy and strategy, but that’s the way Lamb writes, and her analysis of the ground situation in Afghanistan has proved to be tragically prophetic.

The Wars of Afghanistan
By Peter Tomsen Peter Tomsen was a former diplomat who served in Afghanistan and if you are looking for a detailed account of the conflict in the country from 1970 to about 2010, then this is perhaps the perfect volume for you. Tomsen serves up a truckload of information on the different conflicts around Afghanistan and how the country went from being a pawn in the Cold War to a battleground between the US and the Taliban. Tomsen is also one of the few authors who provides a sensible analysis of the tribal situation and the role Pakistan plays to illustrate why things are going wrong in the country. At over seven hundred pages, this might prove to be a bit of a “heavy” read in literal terms but Tomsen writes fluently, making this a very good read for anyone who wants to know about the key figures in the Afghan crisis. It is more about those in power and those wanting to be in power than those on the ground, but is compelling read nevertheless.

The Taliban: The Story of the Afghan Warlords
By Ahmed Rashid 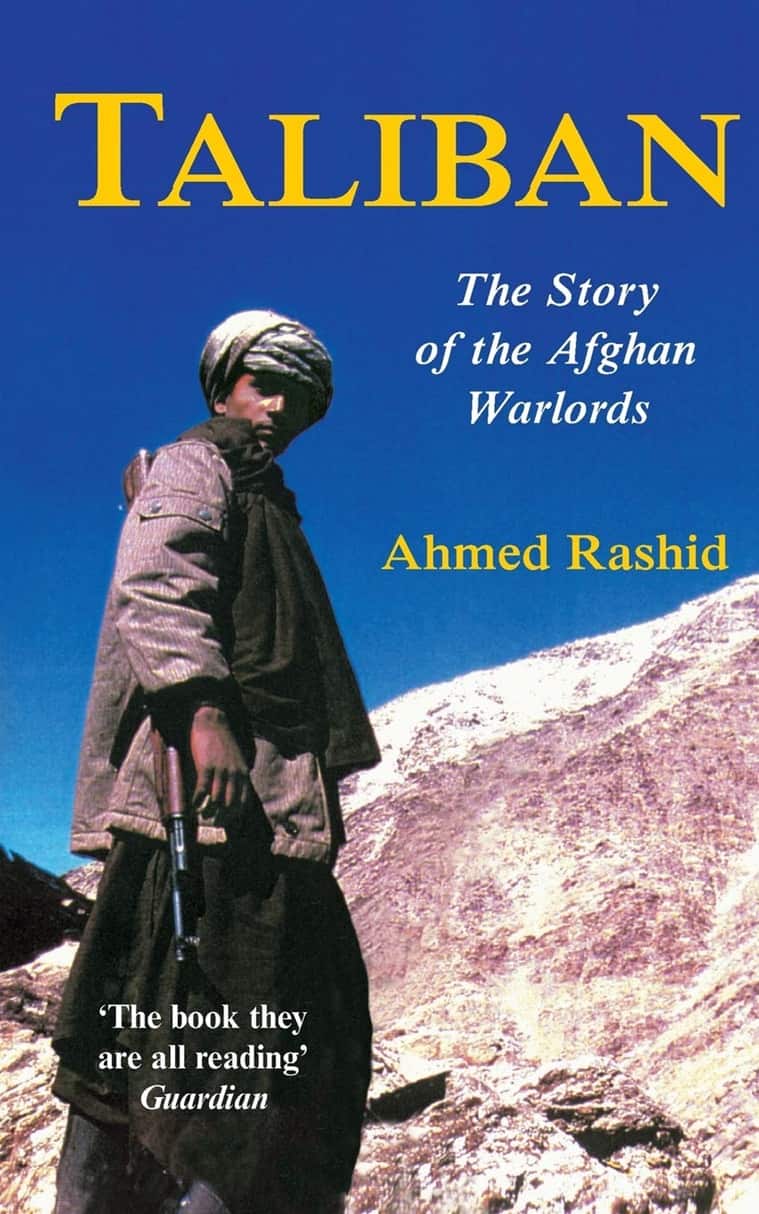 Ahmed Rashid’s book on the student movement that took up arms and literally took over Afghanistan is a compelling read. Mainly because it was written before the 9/11 World Trade Center bombings which brought the Taliban into the spotlight. It, therefore, provides one of the least “coloured” accounts of the movement and how it came into existence. The writing might seem to be a little less than fluent at times, but Rashid goes right into the roots of the movement, giving you profiles of the people who led to its growth. And prophetically, he predicts that the movement would have its problems but would continue to be a force in Afghanistan, which could not hope for any stability while it was around. Twenty years after it was written, the book rings true and remains compulsory reading for anyone wanting to understand the Taliban. There is a second volume on the Taliban by Rashid titled “Taliban: Militant Islam, Oil and Fundamentalism in Central Asia,” but this is the one to read first.

The Wrong Enemy: America in Afghanistan, 2001-2014
By Carlotta Gall Carlotta Gall was another journalist who clearly foresaw that the US was not really going anywhere in Afghanistan, for all its overwhelming technological and weapon superiority. However, what makes Gall’s book very different from others is the fact that she actually feels that the US’ biggest problems were not the Taliban or the local warlords or even the corrupt Afghan government, but its former ally, Pakistan. It is not an empty claim – Gall backs up her theory with a number of interviews with officials from Afghanistan, Pakistan and even the US. In terms of narration, this is perhaps the most “entertaining” book of this list and rattles along at a pace that would do a thriller proud. What is chilling, however, is that there is no fiction here – the cold duplicity of governments, the secret deals, and the body counts on the ground are all true. As is what Gall rightly foresaw as a very uncertain future. And many would agree with her picture of Pakistan as Brutus to the US’ Julius Caesar.

Directorate S: The C.I.A. and America’s Secret Wars in Afghanistan and Pakistan, 2001–2016 and Ghost Wars: The Secret History of the CIA, Afghanistan and Bin Laden, from the Soviet Invasion to September 10, 2001
By Steve Coll 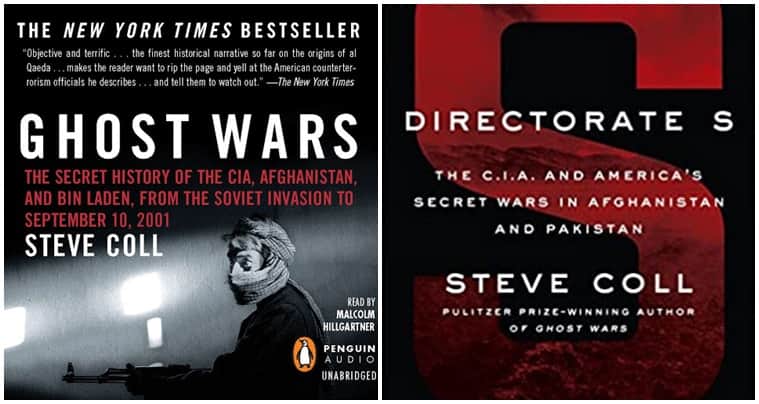 These two books are for the ones who love espionage and secret “intelligence” action. The CIA’s involvement in Afghanistan and its role in supporting opposition to the Soviet Union in Afghanistan and enlisting help from Pakistan in this regard would come back to haunt in post 2001. And these two rather chunky volumes, spanning over 1500 pages, document the rapid changes in how the US intelligence tried to handle matters in Pakistan and Afghanistan. From funding a jihad against the Soviet Union to trying to bring down the very people they had promoted, with the aid of a extremely unreliable ally in Pakistan whose sympathies seemed to lie very firmly with the Taliban at times, these are actually definitive accounts of the blunders that reduced Afghanistan to the mess it is today. These are also two of the most acclaimed books on the list, with Ghost Wars even claiming a Pullitzer! Do not get intimidated by their size, just read. And be shocked at just how mortal and flawed even a super power can be.

War against Taliban: Where it all went wrong in Afghanistan
By Sandy Gall 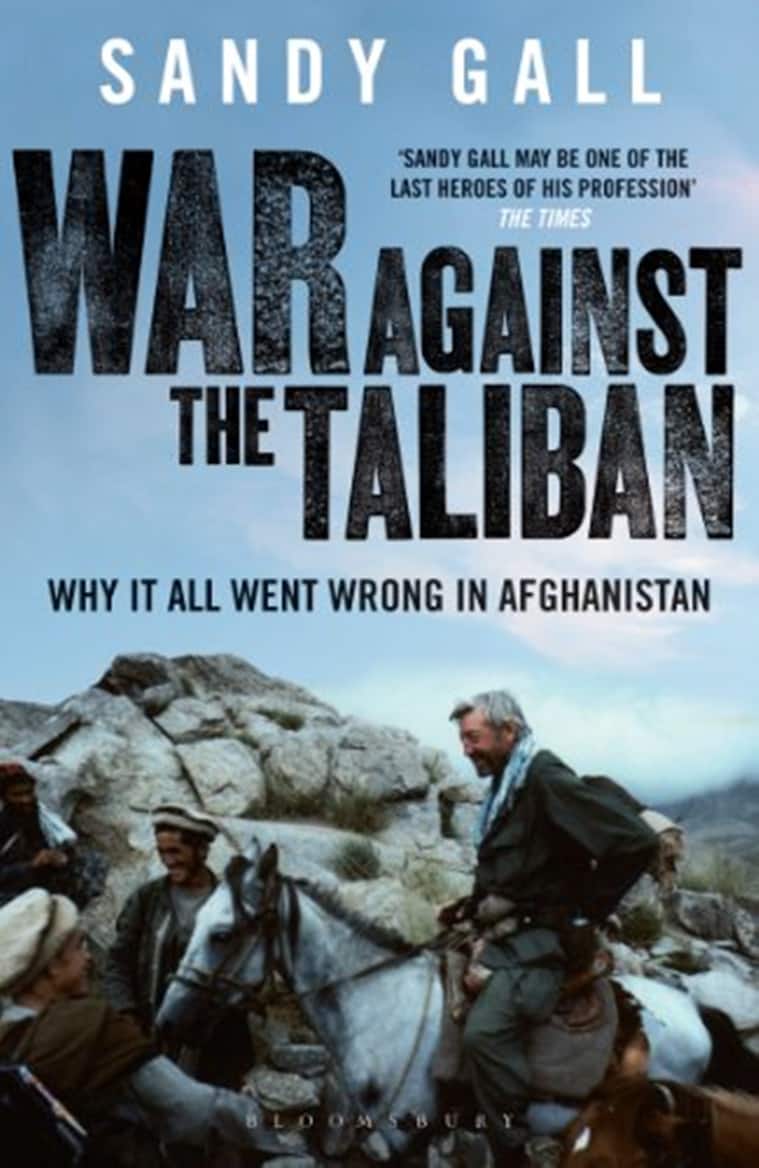 With his involvement going all the way back to the Soviet presence in the country, Sandy Gall has an excellent understanding of the issues affecting Afghanistan. In this extremely well-written volume (published way back in 2012), he had the foresight to highlight that things were going badly wrong in Afghanistan, because resources in the “war against terror” were being diverted to Iraq. He also highlights the challenges faced by Afghan people and just how fed up they are with the non-stop conflicts and regime changes. Gall’s handling of India is a little odd (he seems to see it as a Hindu state with expansionist tendencies) but I would advise ignoring that and focusing on his analysis of the situation in Afghanistan. This is also the slimmest of all the books in the list so is also the easiest read in sheer numerical terms.

Afghanistan: Where God Only Comes to Weep
By Siba Shakib 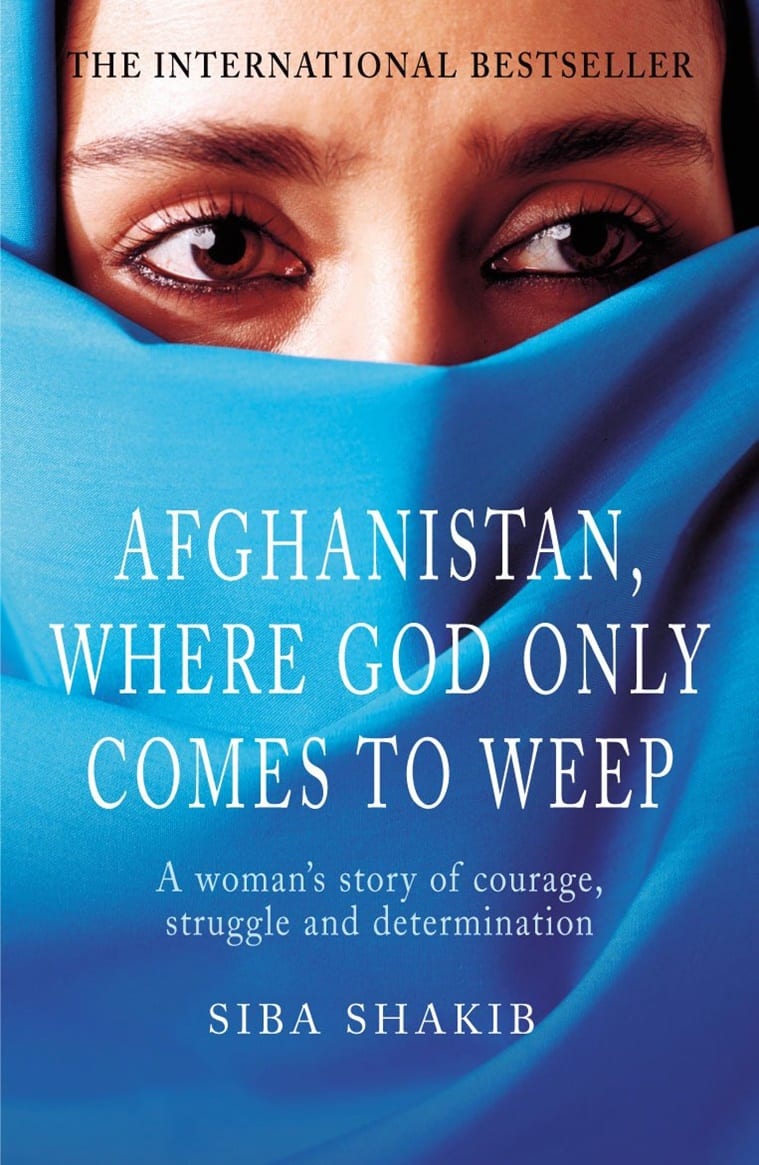 A lot of the concern around the return of the Taliban has revolved around how the regime might treat the women of Afghanistan. This book might seem a little dated, and some might find the writing a little on the over-simplistic side, but there is no denying the tale it tells. Where God Only Comes to Weep is the story of Shirin-Gol as told to documentary maker Siba Shakib, – a woman’s life in Afghanistan right from the Russians to the first Taliban regime. It is deeply disturbing and shocking in many places, with Shirin being married to pay off a gambling debt, literally being on the street, and trying to somehow escape what many insist is her fate. It is a brutal, brave book.