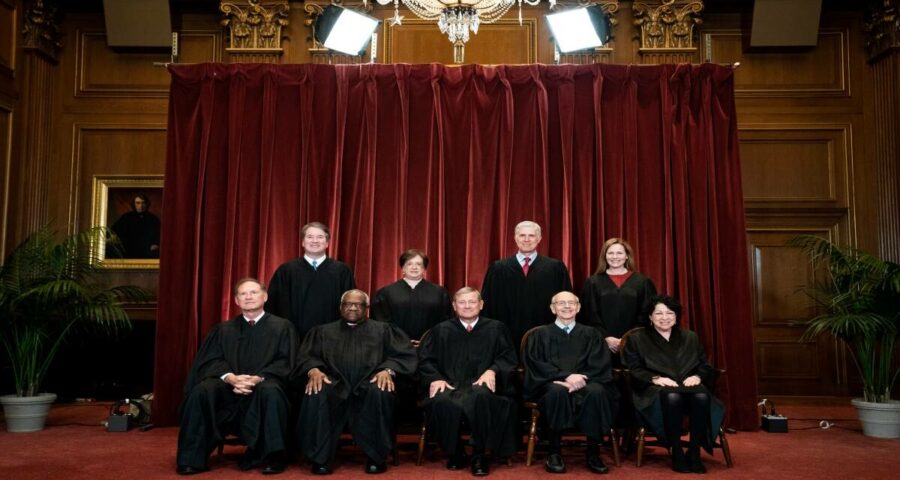 The conventional wisdom last fall was that Chief Justice John Roberts’ leadership, with its bias toward incrementalism and moderation, was over. 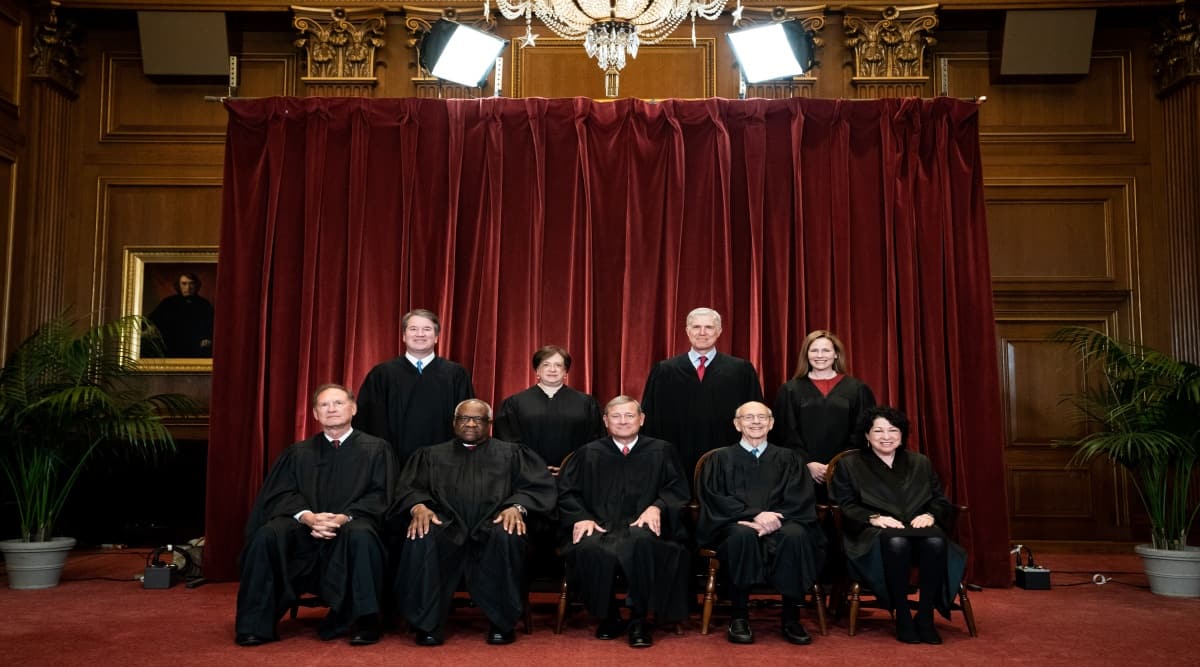 The arrival of Justice Amy Coney Barrett in October seemed to create a 6-3 conservative juggernaut that would transform the Supreme Court.

Instead, judging by the 39 signed decisions in argued cases so far this term, including two major rulings Thursday, the right side of the court is badly fractured and its liberal members are having a surprisingly good run.

That picture may change, as the court has yet to issue the term’s last 15 decisions. But some trends have already come into focus.

The conventional wisdom last fall was that Chief Justice John Roberts’ leadership, with its bias toward incrementalism and moderation, was over. With five justices to his right, including three appointed by President Donald Trump, the chief justice’s ability to guide the court was thought to have evaporated.

The story of the term so far, though, is a different one. Indeed, it is the court’s most conservative members who are issuing howling dissents and aggrieved concurrences to protest a majority they say is too cautious.

This term, Kavanaugh has voted with the majority in divided cases 87% of the time, more than any other member of the court, according to data compiled by Lee Epstein and Andrew D. Martin of Washington University in St. Louis and Kevin Quinn of the University of Michigan.

In his entire tenure, which started in 2018, Kavanaugh has been in the majority 85% of the time, the highest rate of any justice since 1953.

“Kavanaugh’s record of voting with the majority in divided cases is extraordinary,” Epstein said.

The two other Trump appointees are not far behind. Barrett is second, having voted with the majority 82% of the time this term. And Justice Neil Gorsuch tied for third with Justice Elena Kagan, a member of the court’s liberal wing, at 80%. Kagan’s rate of voting with the majority jumped 12 percentage points since last term.

By contrast, Justice Samuel Alito, a conservative who might have thought that his views would be embraced by his new colleagues, was in the majority in divided cases just 36% of the time. That helps explain his aggrieved tone in concurring and dissenting opinions Thursday in cases on a clash between claims of religious freedom and gay rights in the context of foster care and on the Affordable Care Act.

In the foster-care case, Roberts managed to cobble together an improbable six-justice majority for an opinion that ruled so narrowly for a Catholic charity that Alito, in a concurring opinion, said it “might as well be written on the dissolving paper sold in magic shops.”

The court’s three liberal members — Kagan and Justices Stephen Breyer and Sonia Sotomayor — joined the chief justice’s opinion, presumably with gritted teeth and to avoid an actual decision, one written on regular paper with indelible ink.

Kavanaugh and Barrett joined, too, explaining that they were not inclined to make a major move when a minor one would resolve the case.

Something similar happened in Thursday’s second big case, this one rejecting a third major challenge to the Affordable Care Act, President Barack Obama’s health care law. The majority said the plaintiffs — 18 states led by Texas, and two individuals — had not suffered the sort of direct injury that gave them standing to sue. The court sidestepped questions about the constitutionality of a key provision of the law and what should happen to the rest of it if the court held the provision unconstitutional.

Roberts assigned the majority opinion to Breyer, presumably knowing he would deliver a modest and technical opinion, one that ended up speaking for seven justices — the broadest majority of three Supreme Court decisions rejecting challenges to the health care law. The same coalition that joined the chief justice in the foster care case, plus Justice Clarence Thomas, saved the law.

Alito was aghast. “Today’s decision is the third installment in our epic Affordable Care Act trilogy, and it follows the same pattern as installments one and two,” he wrote, joined by Gorsuch. “In all three episodes, with the Affordable Care Act facing a serious threat, the court has pulled off an improbable rescue.”

Richard J. Lazarus, a law professor at Harvard, said the decisions “suggest that several key justices are willing to temper their views to join the chief’s long-standing battle to have the court decide cases more narrowly and with a more unified voice.”

But he added a note of caution. “What remains to be seen,” he said, “is whether, notwithstanding the chief’s best efforts, his battle to promote a nonpartisan image for the court is ultimately a losing one.”

The change may be explained by strategic voting. The court’s Democratic appointees have not hesitated to join unanimous decisions with conservative outcomes, as labeled by the Supreme Court Database at Washington University. The percentage of liberal decisions in unanimous cases so far this term is just 30, the lowest since at least 1953.

But the story changes in divided cases, where 64% of decisions have been labeled liberal, the highest since 1968.

“Going into this term,” Epstein said, “the expectation was a bunch of divided decisions with the three Democratic appointees getting the short end of the stick. So far that prediction is way off the mark. In divided cases, the Trump appointees have moved the court to the left. If anyone got the short end of the stick, it’s this year’s most conservative justice, Alito.”

That may change in the next two weeks, as the court issues decisions in the remaining 15 cases of this term. In any event, said Michael C. Dorf, a law professor at Cornell, this term’s coalitions may be fragile.

“More than in most recent terms, Chief Justice Roberts was able to present a credible picture of a nonpartisan court, with Justices Breyer, Kagan, Kavanaugh and Barrett in particular seeming to go out of their way to forge centrist alliances,” Dorf said. “However, the justices appear to have reached a truce rather than a lasting peace. With high-profile abortion and gun control cases already on the docket for next term, ideological disagreements will likely reemerge sooner rather than later.”