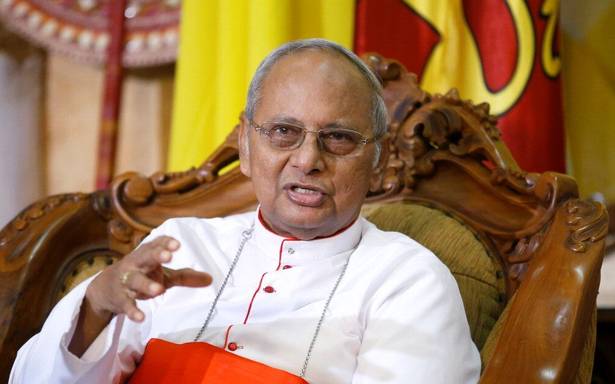 Malcolm Cardinal Ranjith, the Archbishop of Colombo, has requested people to observe a 2-minute silence on April 21 in memory of the victims of Easter Sunday attacks.

Sri Lanka’s Catholic church will observe a two-minute silence on Wednesday morning to mark the second anniversary of the deadly Easter Sunday attacks in 2019 that killed 258 people, including 11 Indians.

Malcolm Cardinal Ranjith, the Archbishop of Colombo, has requested people to observe a two-minute silence at 8.45 a.m. on Wednesday in memory of the victims of the Easter Sunday attacks.

Nine suicide bombers belonging to local Islamist extremist group National Thawheed Jamaat (NTJ) linked to ISIS carried out a series of devastating blasts that tore through three churches and as many luxury hotels on April 21, 2019, killing 258 people, including 11 Indians.

Cardinal Ranjith said that two main memorial services would be held at the St Anthony’s Church in Colombo and the St. Sebastian’s Church in Negombo – the two of the three churches devastated by the suicide attacks two years ago. Cardinal Ranjith, who will be presiding the memorial service at the St Anthony’s Church, said that it was at 8.45 a.m. on April 21, 2019 when the first suicide bomber targeted a church.

The police said there will be a special security cover to all churches throughout the island nation. “All provincial police stations have been directed to provide appropriate security tomorrow during the memorial events,” police spokesman senior deputy inspector general Ajith Rohana said.

The Muslim Council of Sri Lanka (MCSL) has also called upon all Sri Lankans to support and join the call of the Archbishop of Colombo in observing the two-minute silence.

“We also call upon Muslims to make supplications for these victims in this holy month of Ramadan,” said the MCSL statement issued by Vice-President Hilmy Ahamed.

It also urged the government to hasten a thorough investigation on the Easter Sunday attacks and bring the real perpetrators to justice without relying on anecdotal evidence.

The MCSL said the Muslim community has been targeted by some in a hate campaign for the carnage of a few who called themselves Muslims.

Cardinal Ranjith has vowed to take drastic action if the real culprits were not dealt with by the second anniversary of the attacks on April 21.