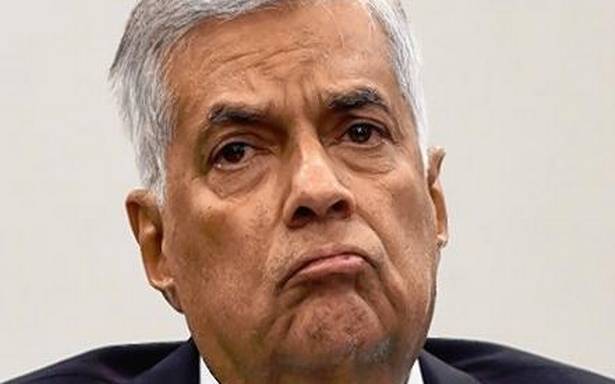 The former Sri Lankan prime minister advocated the snapping of diplomatic relations with Afghanistan by recalling the Lankan embassy presence there.

Former Sri Lankan prime minister Ranil Wickremesinghe has cautioned the government against recognising Taliban’s rule in Afghanistan and advocated snapping of ties with Kabul, saying one should rethink if the country should be a “party to help terrorism” raise its head in the region.

In a statement issued on Thursday, the four-time former prime minister said: “Everyone fears that Afghanistan would become a centre of jihadi terrorist groups under the Taliban rule.” “No one could condone their action to threaten states and people. Their ideology based on a wrong interpretation of the Quran is a threat to conventional Islamic states and other nations,” Mr. Wickremesinghe said.

“There are no justifiable reasons for us to recognise a Taliban rule,” he added.

Mr. Wickremesinghe advocated the snapping of diplomatic relations with Afghanistan by recalling the Lankan embassy presence there.

“We need an embassy in a Central Asian state, this could be located elsewhere”.

Mr. Wickremesinghe recalled that the Taliban had destroyed the Bamiyan Buddhist sculpture in Afghanistan.

The destruction of the giant statues by the Taliban in 2001 provoked widespread international condemnation, including in Sri Lanka, where Buddhism is the major religion.

“We should rethink if we are a party to help terrorism raise its head in the region by our action to recognise the Taliban rule,” Mr. Wickremesinghe, who is now an Opposition parliamentarian, said.

The Sri Lankan government has so far not made any statement on the developments in Afghanistan.

The Sri Lankan Embassy in Afghanistan, manned by one local staff member, was operating from a Kabul hotel.

Sri Lanka’s Foreign Employment Bureau said there were over 200 Sri Lankans in Kabul when the city fell under the Taliban.