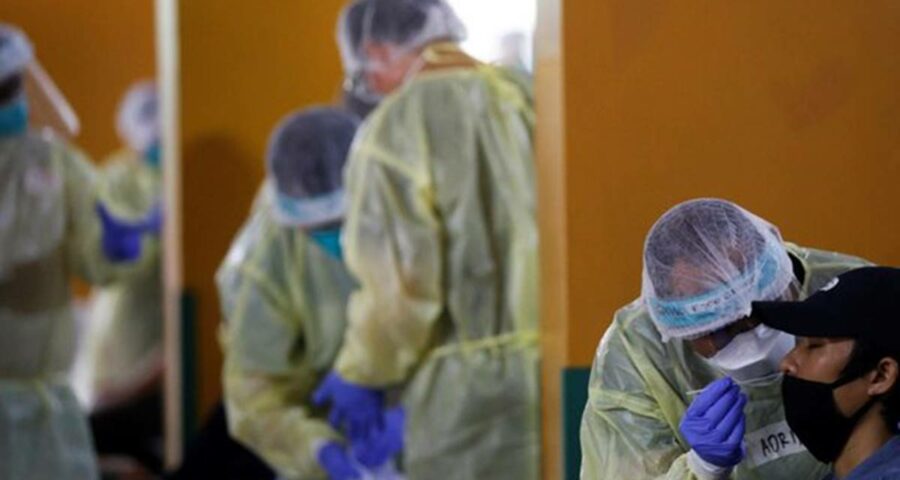 The last COVID-19 death in Singapore was reported on March 13, when a 61-year-old man died from complications due to the infection. An 88-year-old woman died from complications related to COVID-19 at a Singapore hospital, the first in more than a month, according to media reports.

The last COVID-19 death in Singapore was reported on March 13, when a 61-year-old man died from complications due to the infection.

With her death, the coronavirus fatality count rose to 31 in Singapore, which reported 34 new infections on Saturday.

The woman was admitted to Ward 9D of Tan Tock Seng Hospital (TTSH) on April 14 and was confirmed to have COVID-19 on April 28.

The woman had a history of cancer, hypertension, congestive cardiac failure, stroke and hyperlipidaemia, the Health Ministry said here on Saturday night.

Eight other patients from Ward 9D of the hospital had also contracted COVID-19.

A patient from Ward 9C tested positive for the virus. Two doctors, a healthcare assistant trainee and a cleaner at the hospital also contracted the infection.

The hospital currently has 1,100 patients and 4,500 staff members, all of whom will be tested, TTSH CEO Eugene Soh said on Friday.

Close contacts of the cases, including patients, visitors and staff, who have been in the affected wards have been placed in quarantine.

Visitors are not allowed at the hospital, except on a case-by-case basis for patients who are critically ill.

Among the new cases announced on Saturday is a 19-year-old permanent resident studying at Singapore Management University (SMU). She had arrived from India on December 28.

She has been attending classes virtually, except for a visit to the university on April 21.

She had been identified as a close contact of another case during their flight to Singapore and was placed in quarantine from December 29 to January 11.

She tested negative for the infection on January 8. The infection was detected when she took a pre-departure test on April 28 for a trip.

She was asymptomatic at that time and was brought to Changi General Hospital. Her test report came out positive the next day, according to a report by The Straits Times.

Meanwhile, a school will shift to home-based learning (HBL) next week, after a 15-year-old student tested positive for COVID-19 on Friday.

Singapore has so far reported 61,179 cases, 60,765 which have recovered and discharged from hospital.