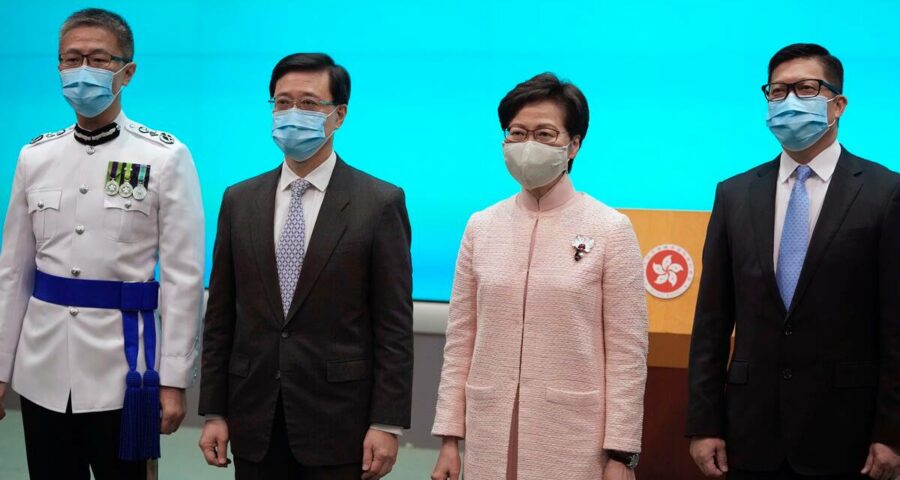 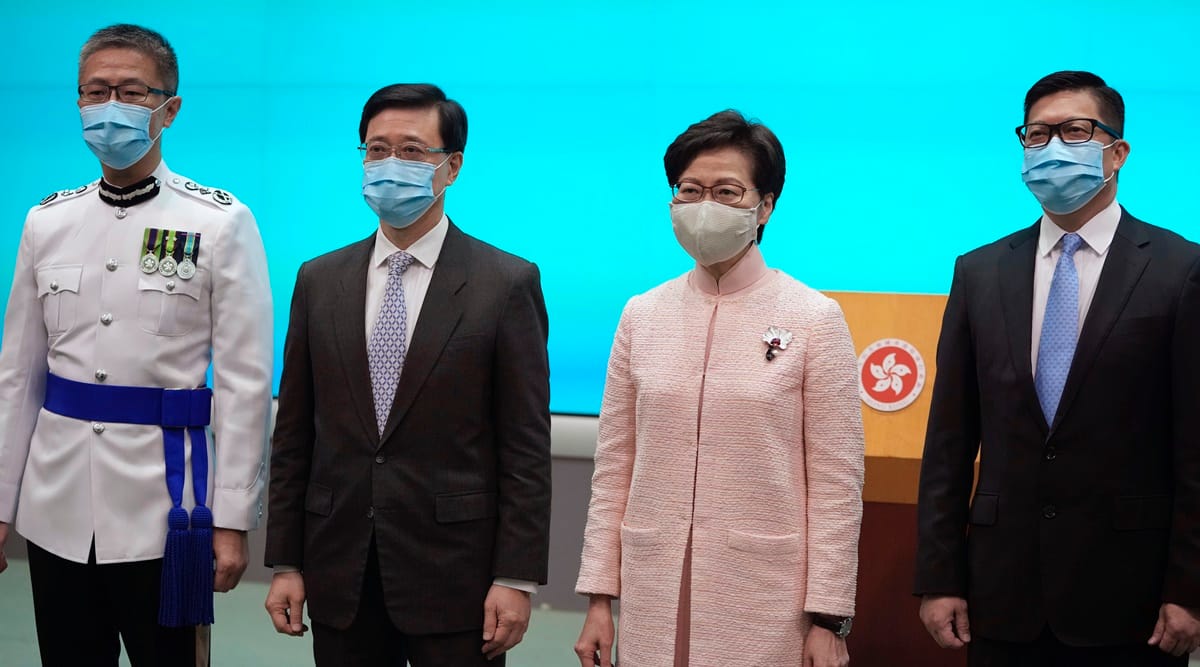 China on Friday promoted Hong Kong’s top security official to the territory’s No. 2 spot as Beijing looks to the administration of the Asian financial hub to clamp down on free speech and political opposition.

Hong Kong’s government has long been lauded for its professionalism and efficiency, but its image has been battered in recent years by its response to protests for greater democracy and its enforcement of Beijing’s security policies. The U.S. and other Western democracies have imposed visa bans and other sanctions on Lam, Lee and other members of the administration.

Violent clashes between police and pro-democracy demonstrators in 2019 prompted the central government to adopt a firm line against political concessions, a policy seen through by Lam, Lee, Tang and Siu, who made restoring public order their top priority.

“They have had distinguished performance in the government over the years and possess proven leadership skills,” Lam said of those promoted. “I am confident that they are competent for their new posts and would rise to the challenges in serving the community.”

Cheung, the former No. 2, will be retiring from government service.

The leadership changes come a year after Beijing imposed a sweeping national security law on the former British colony and one day after Hong Kong’s last remaining pro-democracy newspaper, the Apple Daily, published its final edition

Police froze $2.3 million of the paper’s assets, searched its office and arrested five top editors and executives last week, accusing them of foreign collusion to endanger national security. It’s founder, Jimmy Lai, is facing charges under the national security law for foreign collusion and is currently serving a prison sentence for his involvement in a 2019 pro-democracy protest movement.

Beijing promised Hong Kong could maintain its civil liberties for 50 years after the former British colony was handed over to Chinese rule in 1997, but has essentially abandoned that commitment to impose total political control and end what it sees as undue foreign influence on the semi-autonomous city’s institutions.

China effectively ended multiparty democracy in Hong Kong by having the ceremonial Chinese legislature impose the national security law without debate or a vote in the city’s Legislative Council. It then moved to pack the Legislative Council with Beijing loyalists while radically reducing the proportion of legislators directly elected by voters.

In recent months, police have arrested most of the city’s pro-democracy activists. Most are still in police custody, while others have sought asylum abroad, under threat from Lam’s administration for past statements and actions seen as disloyal to China or in violation of Hong Kong law as it now stands.

Despite the overwhelming emphasis on security, Lam told reporters that the role of the chief secretary in helping oversee the city’s daily administration, including dealing with the COVID-19 pandemic, had not changed.

Yet she appeared to acknowledge Beijing’s increasingly assertive role in managing the city’s affairs and the central government’s demand for absolute loyalty from Hong Kong officials and members of the Legislative Council.

“Now today as chief executive, I am responsible not only to Hong Kong but also to the central government, performing national duties, particularly in safeguarding national security,” Lam told reporters. “So for people with commitment, integrity, leadership and spirit to serve the nation and Hong Kong … we will put in our best.”