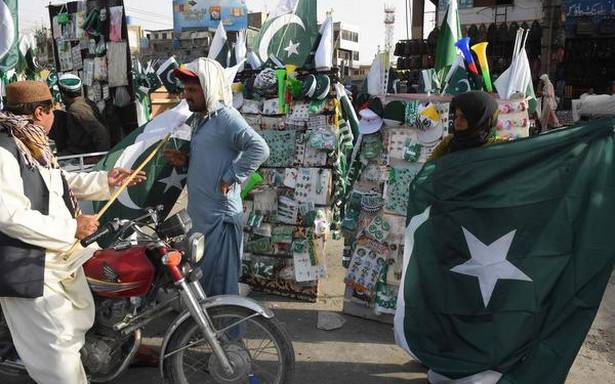 No one has claimed responsibility for the attack, according to Wasim Baig, a spokesman for the provincial health department.

The separatist Baluch Liberation Army has claimed such attacks in the past. Earlier this week, the same separatist group claimed responsibility for the killing of two policemen in a roadside bombing in Quetta, indicating an uptick in violence ahead of Pakistan’s Independence Day on August 14.

This year, the group has warned people not to celebrate the holiday.

Small separatist groups have been carrying out a long-running insurgency in the province, demanding independence from the central government in Islamabad. Although Pakistan says it has quelled the insurgency in Balochistan, violence has increased in recent months.

On Tuesday in Quetta, security forces shot and killed five suspected separatists in an operation on the city’s outskirts, the provincial counter-terrorism department said. It provided no further details.

The province also shares a long border with Iran and Afghanistan, and the Pakistani Taliban and the Islamic State group have also maintained a presence in Balochistan.