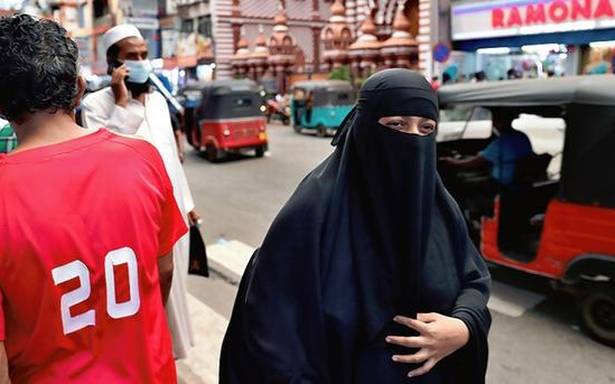 Such a divisive step will injure feelings of Muslims: Khattak

The Pakistani High Commissioner in Colombo has raised concern over Sri Lanka’s recent announcement on outlawing the burqa, noting that such a ban would “injure” the feelings of ordinary Muslims in Sri Lanka and elsewhere.

Sharing a news report on the development, head of the Pakistani mission Saad Khattak on Monday said in a Twitter thread: “The likely ban on Niqab #SriLanka will only serve as injury to the feelings of ordinary Sri Lankan Muslims and Muslims across the globe. At today’s economically difficult time due to Pandemic and other image related challenges faced by the country at international fora, such divisive steps in the name of Security, besides accentuating economic difficulties, will only serve as fillip to further strengthen wider apprehensions about fundamental human rights of minorities in the country.”

Coming two days after Sri Lanka’s Public Security Minister announced his government’s decision to prohibit the wearing of the burqa, the Pakistani High Commissioner’s remark is the first reaction to the move from the international community. Mr. Khattak’s reference to “other image related challenges faced by the country at international fora” assumes significance just a week ahead of the vote on Sri Lanka at the Human Rights Council, where Pakistan is currently a member.

The UN resolution on Sri Lanka’s rights record is expected to draw upon the January 2021 report of the Office of the High Commissioner for Human Rights, which observed that the country’s Tamil and Muslim minorities “are being increasingly marginalised and excluded from the national vision and Government policy, while divisive and discriminatory rhetoric from the highest State officials risks generating further polarization and violence”.

Sri Lanka has reached out to different members states, including India, seeking support at the Council. About a third of the 47-member Council’s current membership, including Pakistan, is part of the Organisation of Islamic Cooperation (OIC), which earlier criticised Colombo’s mandatory cremations policy for COVID-19 victims that affected the island’s Muslim minority.

Following persistent calls from the island nation’s Muslim community, and from international bodies, including the OIC and the UN, Sri Lanka reversed the policy on February 26. Burials of victims of the virus would be permitted, the government said, days after Pakistan Prime Minister Imran Khan’s visit to Sri Lanka last month, when he reportedly raised the matter with the Sri Lankan leadership. High Commissioner Khattak had welcomed the move in a twitter message back then.