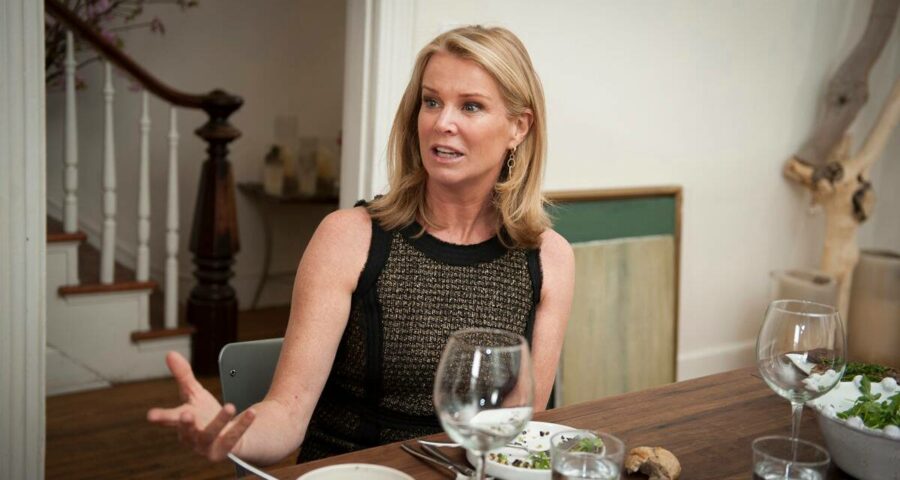 It was a precipitous fall for a company that was once a darling of Silicon Valley investors who believed in the vision of its leader, former MSNBC anchor Carlos Watson. Ozy Media, the digital media company that came under intense scrutiny for its business practices in recent days, announced Friday that it was shutting down, following a sudden flight of investors and advertisers and bringing to a close a strange chapter in the annals of online journalism.

It was a precipitous fall for a company that was once a darling of Silicon Valley investors who believed in the vision of its leader, former MSNBC anchor Carlos Watson. Watson had aimed to create a sparkling multiplatform media company that would appeal to a diverse generation of younger readers looking for the kind of content not provided by establishment news organizations.

When the end came, it came swiftly, five days after The New York Times published an article that raised questions about the company and its leadership team. The report detailed an episode in which a top executive at Ozy appeared to have impersonated a YouTube executive during a conference call with Goldman Sachs bankers in February while the company was trying to raise $40 million.

In a statement Friday, the company’s board of directors praised the “dedicated staff” of “world-class journalists,” adding, “It is therefore with the heaviest of hearts that we must announce today that we are closing Ozy’s doors.”

The abrupt collapse riveted media observers not because Ozy had a large number of loyal readers — that, in the end, was the problem — but because many had wondered how the company had managed to survive. The answer had to do with a charismatic and relentless founder, a great story and a slick brand that was perfectly tuned to appeal to noted Silicon Valley investors and powerful advertising executives.

Its founder, Watson, was an investment banker who dreamed of having his own talk show. When that eluded him, after a brief stint in 2009 as a host on MSNBC, he built a media company in his own image as a politically moderate, upwardly mobile son of teachers, one who had gotten degrees at Harvard and Stanford and worked at Goldman Sachs.

Watson and his partner, another Goldman alumnus, Samir Rao, raised more than $80 million from some of the biggest names in finance. The company debuted in 2013, backed by investors including Emerson Collective, the organization run by billionaire philanthropist and media entrepreneur Laurene Powell Jobs; and Marc Lasry, a hedge fund manager and a co-owner of the Milwaukee Bucks basketball franchise.

Ozy, whose motto was “the new and the next,” had its headquarters in Mountain View, California, not far from the startups that had built themselves into multibillion-dollar giants. It employed roughly 75 people to create articles, videos, podcasts and newsletters on a range of topics, from espionage to the appeal of Grandma’s kitchen. Many of the videos and television shows that Ozy also sold starred Watson in conversation with politicians and pop culture celebrities, a group that included Joe Biden, Hillary Clinton and John Legend.

Ozy’s appearance of success depended to some degree on the performance of its videos on YouTube. On the conference call in February, the person posing as a YouTube executive told the Goldman Sachs team that Ozy was a great success on the platform.

Watson apologized to Goldman soon afterward, saying the impersonator was Rao, Ozy’s chief operating officer. In that apology and in an email to the Times last week, Watson said Rao had been going through a mental health crisis at the time and was “now thriving again.”

After the conference call, YouTube’s security team started an investigation of the matter. Google, the owner of YouTube, alerted the FBI, and Goldman Sachs received an inquiry from federal law enforcement officials, according to three people with knowledge of the matter.

While the Times article was being reported, Emerson Collective distanced itself from the company, saying it “did not participate in Ozy’s latest investment round and has not served on its board since 2019.” (Emerson Collective added in a statement Friday morning that it was “troubled” by the allegations concerning Ozy.)

On Tuesday, the Ozy board said it had hired the law firm Paul, Weiss, Rifkind, Wharton and Garrison to investigate the company’s “business activities” and leadership team.

On Thursday, another shoe dropped: Lasry resigned as the chairman of the Ozy board, saying in a statement, “I believe that going forward Ozy requires experience in areas like crisis management and investigations, where I do not have particular expertise.” Another sign of the end came when Ron Conway, a Silicon Valley investor and an early Ozy backer, said this week that he had returned his shares to the company.

Ozy also lost one of its biggest stars. Former BBC anchor Katty Kay, who had joined Ozy this year after nearly three decades at the British broadcaster, announced on Twitter that she had handed in her resignation Tuesday morning.

“The allegations in The New York Times, which caught me by surprise, are serious and deeply troubling and I had no choice but to end my relationship with the company,” she wrote.

In an article in the Times on Thursday, Brad Bessey, an Emmy-winning executive producer, and Heidi Clements, a longtime TV writer, said Ozy executives had misled them while they were working on “The Carlos Watson Show,” Watson’s talk show, for the company. Specifically, they said, executives told them that the show would appear on the cable network A&E. Bessey resigned when he learned there was no such deal in place, and the show ended up appearing on YouTube and the Ozy website.

Also this week: Advertisers including Chevrolet, Walmart, Facebook, Target and Goldman Sachs itself — many of which had been paying for placement on “The Carlos Watson Show” — hit the brakes on their spending with Ozy.

By Friday afternoon, Watson and the other remaining board member, Michael Moe (another high-profile investment figure, who had published a book called “Finding the Next Starbucks”), concluded that the company could not recover and issued the farewell statement through a spokesperson.

Watson did not immediately reply to a request for comment.

CNN, Insider and other publications reported this week that working conditions at Ozy were difficult, and the Times, along with other publications, raised questions about the company’s claims of audience size for its online videos and website.

The Ozy staff received the news that the company was no more on Friday afternoon. “It’s heartbreaking for all the people who poured their hearts and souls into this company and produced journalism often under grueling, sometimes hostile, conditions that deserved a much wider audience,” Pooja Bhatia, a writer who worked at Ozy from 2013 until 2017, said in an interview shortly after she got word.

Nick Fouriezos, an Ozy reporter who left in June, said, “We were all devastated by the amount of deception that was going on by leadership, but I would stand 100% by the journalism that was done there, and the people that were working there were some of the most passionate hardworking journalists anywhere.”

Fouriezos said reporters on Friday frantically archived their articles, anticipating the possibility that the website would be taken offline and their work lost.

In addition to Powell Jobs, early investors included Axel Springer, the Berlin publishing giant, and David Drummond, a former chief legal officer at Google. In 2019, Ozy said it had raised $35 million from a group led by Lasry. The Ford Foundation, seeking to support a minority-led company, also backed the company with grants, its president, Darren Walker, said. By April 2020, Ozy had raised more than $83 million and valued itself at $159 million, according to the data service PitchBook.

Ozy was named after “Ozymandias,” the famous sonnet by Percy Bysshe Shelley on the theme of the impermanence of all things and people — even the great pharaoh known by that name, whom the ancients tried to render immortal with a colossal statue, which crumbled.