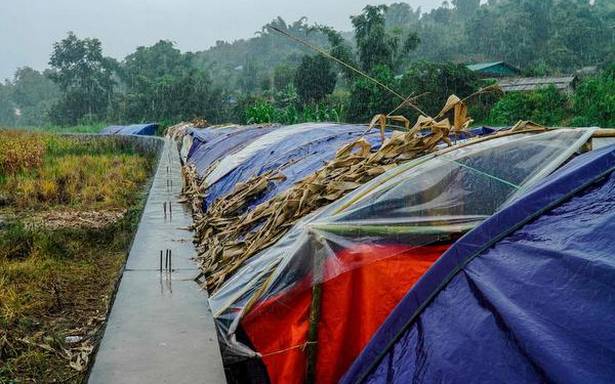 Clashes broke out when troops tried to seize MNDAA base

Myanmar ethnic rebels have killed at least 23 government soldiers in days of fighting near the Chinese border, a spokesman for the group said on Friday, in the latest clashes likely to worry powerful neighbour Beijing.

The country has been in turmoil since a military coup in February, which sparked pro-democracy protests and renewed fighting in ethnic border areas.

Clashes broke out in Mongko, Shan State, on August 28 when troops tried to seize a base from the Myanmar National Democratic Alliance Army (MNDAA), the group’s spokesman and local media reports said.

“They came to take our base. They were hurt a lot as we were waiting at the top of the mountain. We shot them as they were coming,” an MNDAA spokesman said.

Fifteen soldiers were killed on August 28 and eight more in renewed clashes on September 1, he said, adding one MNDAA fighter had been killed.

The military said on Monday an officer and an undisclosed number of personnel were killed in fighting with the MNDAA.

Myanmar has more than 20 ethnic rebel groups, many of which hold territory in border regions.

A messy struggle over autonomy, as well as control of lucrative drug production and natural resources, has long pitted them against each other and the military.