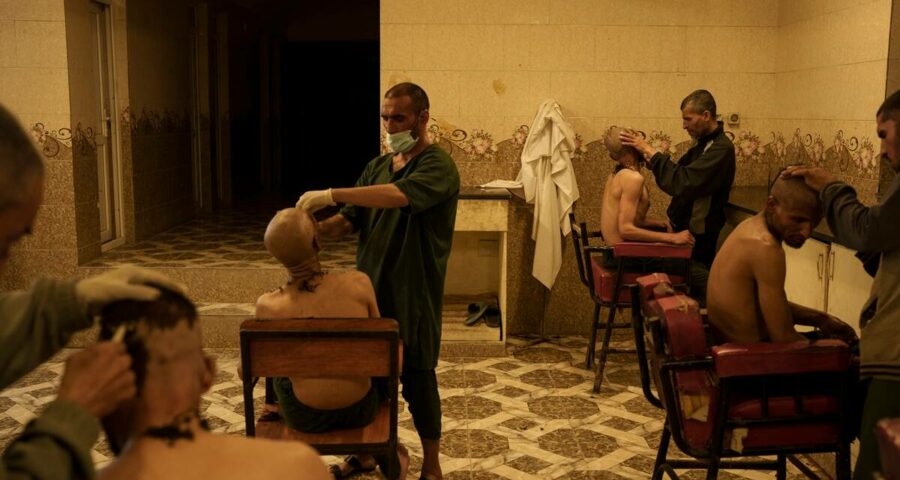 Old or young, poor or once well-off, the Taliban view the addicts the same: A stain on the society they hope to create. 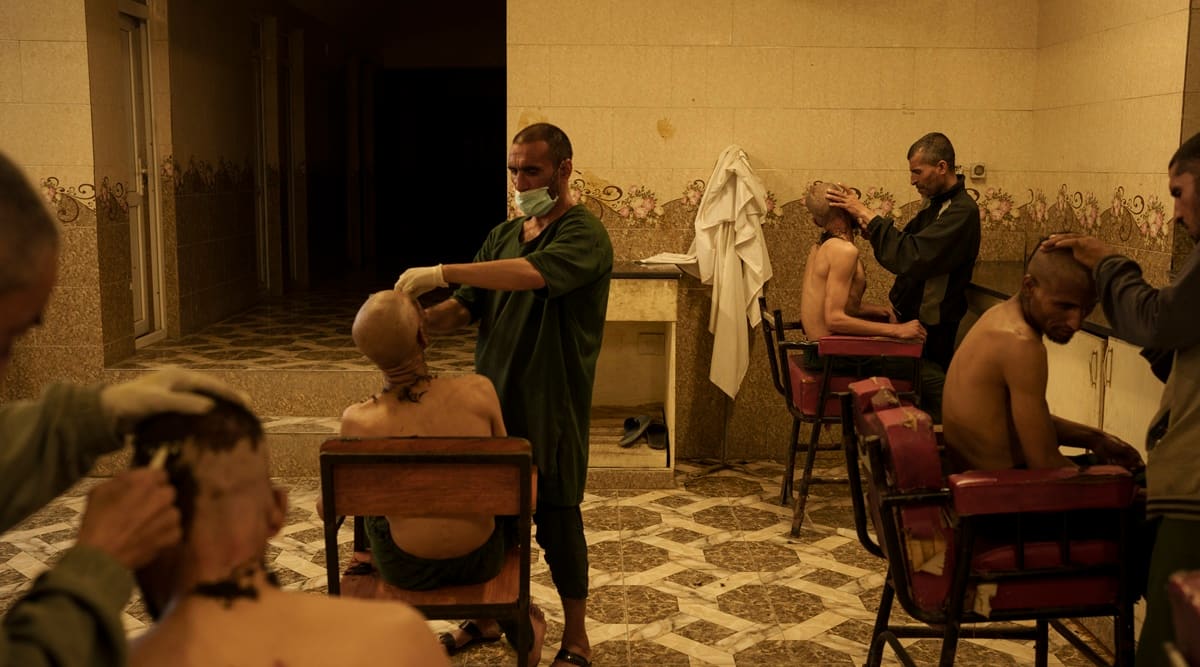 Now the uncontested rulers of Afghanistan, the Taliban have set their sights on stamping out the scourge of narcotics addiction, even if by force.

At nightfall, the battle-hardened fighters-turned-policemen scour the capital’s drug-ravaged underworld. Below Kabul’s bustling city bridges, amid piles of garbage and streams of filthy water, hundreds of homeless men addicted to heroin and methamphetamines are rounded up, beaten and forcibly taken to treatment centers. The Associated Press gained rare access to one such raid last week.

The scene provided a window into the new order under Taliban governance: The men — many with mental illness, according to doctors — sat against stone walls with their hands tied. They were told to sober up or face beatings.

The heavy-handed methods are welcomed by some health workers, who have had no choice but to adapt to Taliban rule.

“We are not in a democracy anymore, this is a dictatorship. And the use of force is the only way to treat these people,” said Dr Fazalrabi Mayar, working in a treatment facility. He was referring specifically to Afghans addicted to heroin and meth.

Soon after the Taliban took power on Aug. 15, the Taliban Health Ministry issued an order to these facilities, underscoring their intention to strictly control the problem of addiction, doctors said.

Bleary-eyed and skeletal, the detained encompass a spectrum of Afghan lives hollowed out by the country’s tumultuous past of war, invasion and hunger. They were poets, soldiers, merchants, farmers. Afghanistan’s vast poppy fields are the source of the majority of the world’s heroin, and the country has emerged as a significant meth producer. Both have fueled massive addiction around the country.

Old or young, poor or once well-off, the Taliban view the addicts the same: A stain on the society they hope to create. Drug use is against their interpretation of Islamic doctrine. Addicts are also stigmatised by the wider, largely conservative Afghan community.

But the Taliban’s war on drugs is complicated as the country faces the prospect of economic collapse and imminent humanitarian catastrophe. 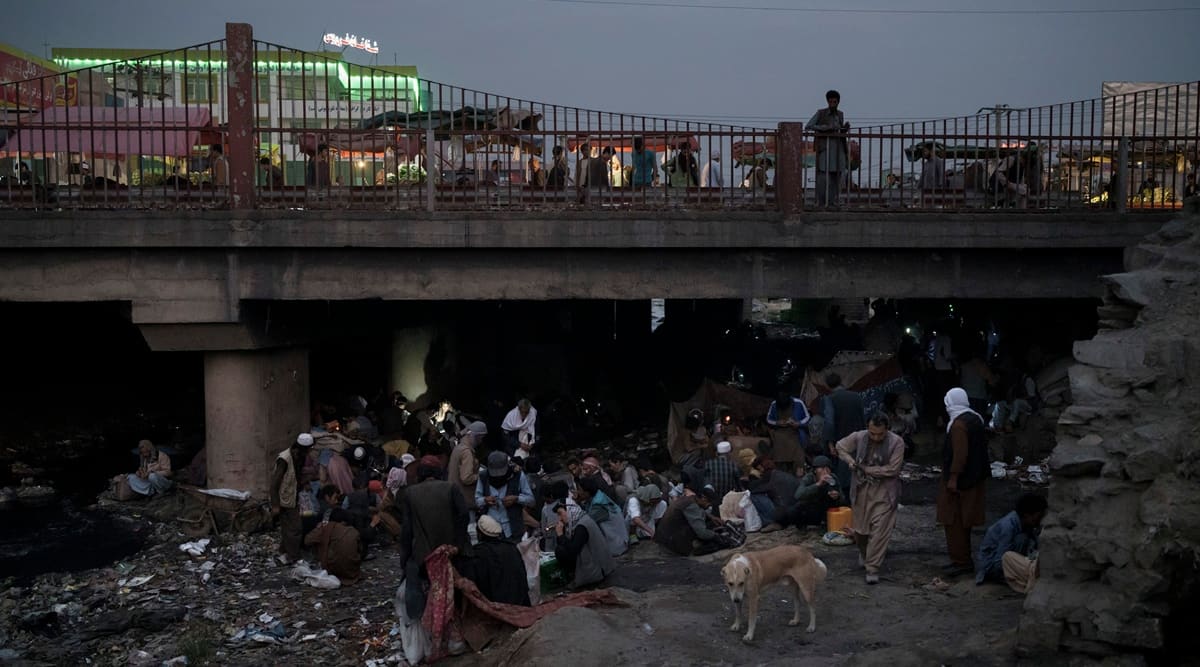 Sanctions and lack of recognition have made Afghanistan, long an aid-dependent country, ineligible for the financial support from international organisations that accounted for 75% of state spending. An appalling human rights record, especially with respect to women, has rendered the Taliban unpopular among international development organisations.

A liquidity crisis has set in. Public wages are months in arrears and drought has exacerbated food shortages and disease. Winter is weeks away. Without foreign funds, government revenues rely on customs and taxation.

The illicit opium trade is intertwined with Afghanistan’s economy and its turmoil. Poppy growers are part of an important rural constituency for the Taliban, and most rely on the harvest to make ends meet.

During the insurgency years, the Taliban profited from the trade by taxing traffickers, a practice applied on a wide variety of industries in the areas under their control. Research by David Mansfield, an expert on the Afghan drug trade, suggests the group made $20 million in 2020, a small fraction compared to other sources of revenue from tax collection. Publicly, it has always denied links to the drug trade.

But the Taliban also implemented the only largely successful ban on opium production, between 2000-2001, before the US invasion. Successive governments have failed to do the same.

Police roundups of addicts did occur during previous administrations. But the Taliban are more forceful and feared.

On a recent evening, fighters raided a drug den under a bridge in the Guzargah area of Kabul. With cables for whips and slung rifles, they ordered the group of men out of their fetid quarters. Some came staggering out, others were forced to the ground. The sudden clinking of lighters followed another order to hand over belongings; the men preferred to use up all the drugs they possessed before they were confiscated. 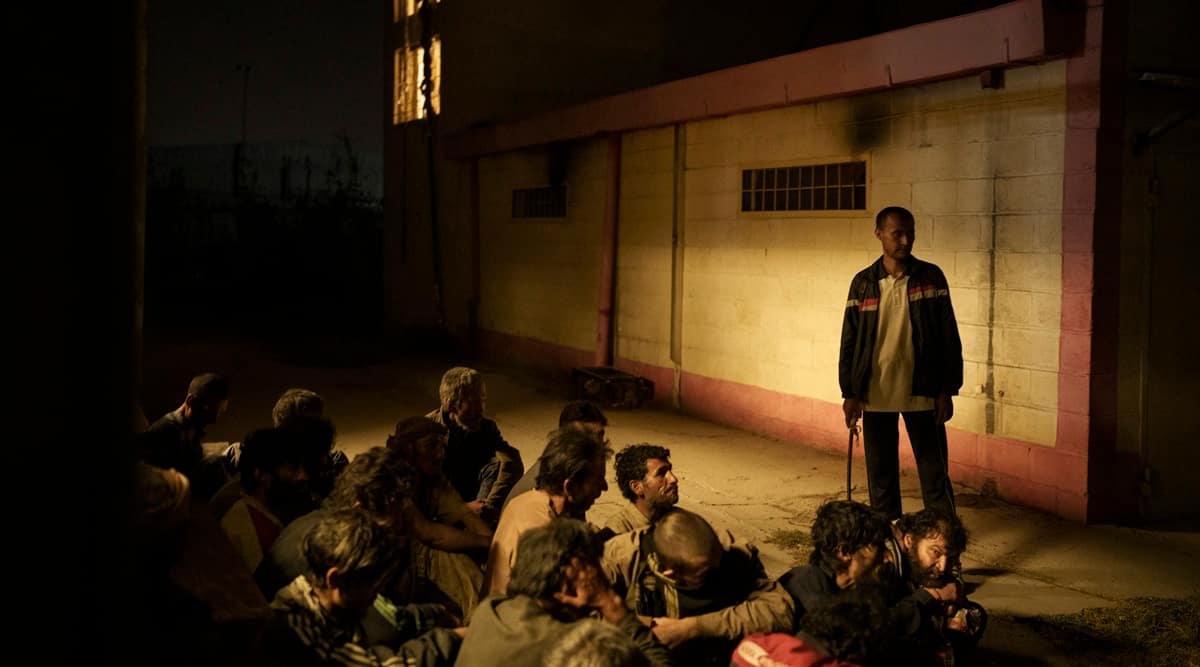 One man struck a match beneath a piece of foil, his sunken cheeks deepening as he sucked in the smoke. He stared blankly into the distance.

Another man was reluctant. “They are vitamins!” he pleaded.

Taliban fighter Qari Fedayee was tying up the hands of another.

“They are our countrymen, they are our family and there are good people inside of them,” he said. “God willing, the people in the hospital will be good with them and cure them.”

An elderly, bespectacled man raised his voice. He is a poet, he announced, and if they let him go he will never use drugs again. He scribbled verses on a piece of paper to prove his point. It didn’t work.

What drove him to drugs? “Some things are not meant to be told,” he replied.

In the end, they were at least 150 men rounded up. They were taken to the district police station, where all their belongings — drugs, wallets, knifes, rings, lighters, a juice box — were burned in a pile since they are forbidden to take them to the treatment center. As the men crouched nearby, a Taliban officer watched the plumes of smoke, counting prayer beads.

By midnight, they were taken to the Avicenna Medical Hospital for Drug Treatment, on the edges of Kabul. Once a military base, Camp Phoenix, established by the US army in 2003, it was made into a drug treatment center in 2016. Now it’s Kabul’s largest, capable of accommodating 1,000 people. 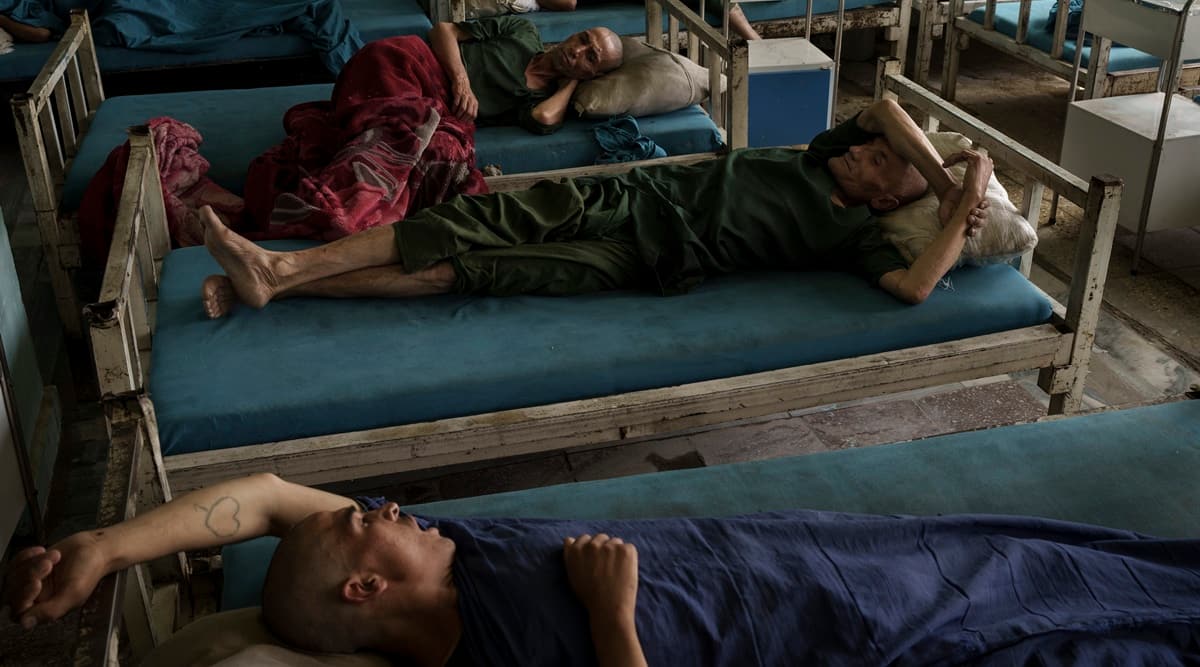 The men are stripped and bathed. Their heads are shaved.

They will undergo withdrawal with only some medical care to alleviate discomfort and pain. Koshan conceded the hospital lacks the alternative opioids, buprenorphine and methadone, typically used to treat heroin addiction. His staff have not been paid since July, but he said the Health Ministry promised salaries would be forthcoming.

The Taliban have broader aims. “This is just the beginning, later we will go after the farmers, and we will punish them according to (Islamic) Sharia law,” said lead patrol officer Qari Ghafoor.

For Mansfield, the expert, the latest drug raids are history rinsed and repeated. “In the 90s, (when the Taliban were in power) they used to do exactly the same thing,” he said. The only difference now is that there are drug treatment centers; back then drug users were made to stand on mountain melts, or rivers, thinking it would sober them up.

Whether they will be able to ban opium production is another story, he said. Any meaningful ban will require negotiations with farmers. 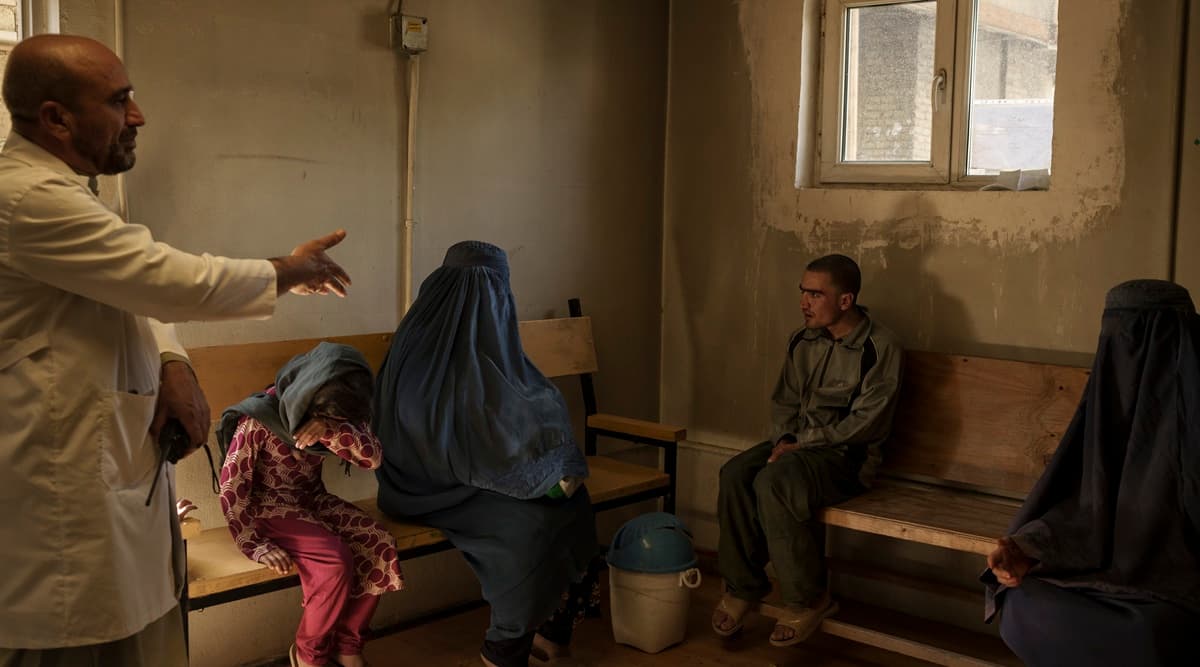 Mohammed Kabir, a 30-year-old poppy farmer from Uruzgan province, checked himself into the hospital two weeks ago. He said demand from traffickers remains high, and come harvest time in November, selling opium is his only means to make a living.

In the hospital, patients, totaling 700, float around the halls like ghosts. Some say they aren’t being fed enough. Doctors said hunger is part of the withdrawal process.

Most of their families don’t know where they are.

A waiting room is full of parents and relatives wondering if their missing loved ones were among those taken in the raids.

Sitara wails when she is reunited with her 21-year-old son, missing for 12 days. “My entire life is my son,” she weeps, embracing him.

Back in the city, under a bridge in the Kotesangi neighborhood, drug users live precariously under the cover of darkness, in fear of the Taliban.

One evening, they smoked up casually next to a man’s collapsed body. He was dead.

They covered him with cloth but won’t dare bury him while the Taliban patrol the streets.

“It’s not important if some of them die,” said Mawlawi Fazullah, a Taliban officer. “Others will be cured. After they are cured, they can be free.”