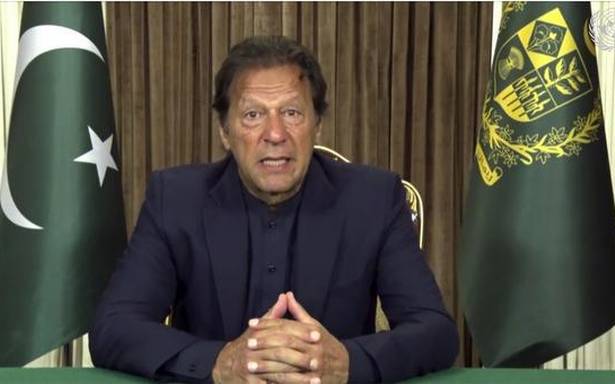 Ties between India and Pakistan nosedived after a terror attack on the Pathankot Air Force base in 2016.

Pakistan Prime Minister Imran Khan said on Sunday that no dialogue is possible with India until New Delhi restores the autonomous status of Jammu and Kashmir.

Mr. Khan said this while responding to a question about any possibility of a dialogue with New Delhi during his interactions with the representatives of the digital media in Islamabad.

“No talks possible with India until they restore the autonomous status” of Jammu and Kashmir, he said “We don’t have adversarial relations with any country except India which is trying to destabilise Pakistan,” he said.

Ties between India and Pakistan nosedived after a terror attack on the Pathankot Air Force base in 2016 by terror groups based in Pakistan. Subsequent attacks, including one on Indian Army camp in Uri, further deteriorated the relationship.

The relationship further dipped after India’s war planes pounded a Jaish-e-Mohammed terorrist training camp deep inside Pakistan on February 26, 2019 in response to the Pulwama terror attack in which 40 CRPF jawans were killed. Withdrawal of Jammu and Kashmir’s special powers and bifurcating the State into two union territories in August last year also evoked a strong reaction from Pakistan, which has been unsuccessfully trying to rally international support against India on the Kashmir issue.

India has categorically told the international community that the scrapping of Article 370 was its internal matter. It also advised Pakistan to accept the reality and stop all anti-India propaganda.