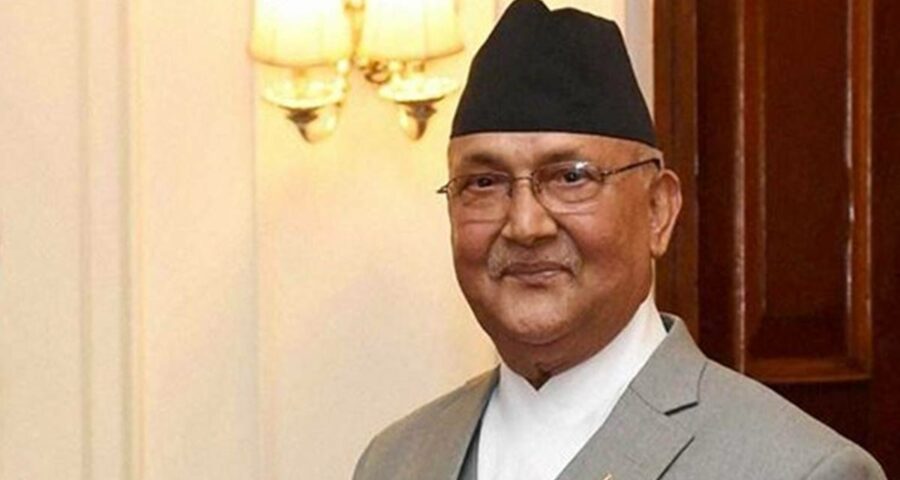 Immediately after the religious function was over, Oli served a showcause notice to 27 dissidents from the CPM-UML party, which is being seen as a prelude to their expulsion from the party that will also result in the loss of their membership of the House. With the ruling Nepal Communist Party fragmented, and the campaign to dislodge the present regime taking a more aggressive form, Prime Minister K P Oli seems to have adopted twin strategy of expelling dissidents from the party, and adopting Hindutva as the major electoral plank.

On Tuesday, observed as Chaitra Mahaastami, Oli spent a substantial time in “worship and bhajan” at his official residence, where three newly built idols of Ram, Sita and Lakshman had been brought before their ceremonial installation at Chitwan’s Madi area, which Oli has claimed is the “real” birthplace of Ram, rather than in Ayodhya, as is generally believed.

The three idols were be installed at Ayodhyapuri area of Madi, around 180 km from Kathmandu, on Wednesday on the occasion of Ram Navami. Oli seems to believe that establishment of the idols and the resultant Hindutva wave it creates will sway heavily in his favour in a country where more than 85 per cent of the population is Hindu

Immediately after the religious function was over, Oli served a showcause notice to 27 dissidents from the CPM-UML party, which is being seen as a prelude to their expulsion from the party that will also result in the loss of their membership of the House.

As per the Constitution, Parliamentarians of either House lose their status as MPs if they quit or are expelled from the party that fielded them during the elections. Oli is using that clause to expel dissidents in phases and batches, so that their number is less than 40 per cent of the total strength required to be qualified as a “division”.

With the dissidents MPs expelled, the effective strength of the House would come down drastically, which would make it easier for the government to pass any Bill or to defeat a no-trust motion.

Oli’s move comes as the Nepal Communist Party-Maoist Centre is preparing to formally withdraw its support to the government and move a no-trust motion in the House, and is soliciting support of all other opposition parties.

This is not the first time Oli is trying to be seen a devout Hindu. Months after he publicly said that he did not believe in God. and that if ever any God was born, it was Karl Marx, Oli went for an elaborate puja at the Pashupatinath Temple in January and ordered the replacement of the silver “Jalahari” (at the bottom of the Lingam that gives passage to liquid offerings down to the Bagmati river) with 80 kg gold at the government’s expense.