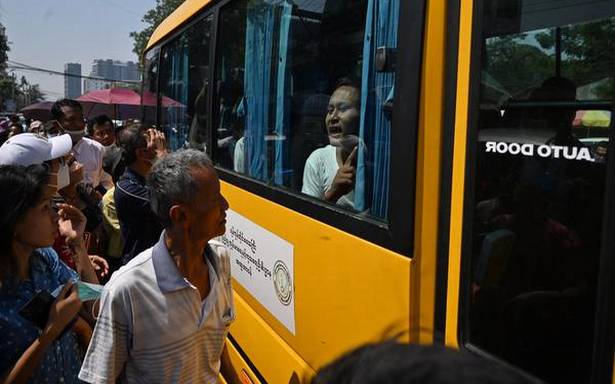 Myanmar’s junta on Saturday announced an amnesty for more than 800 prisoners, as it held a parade and show of force in the capital to mark the country’s Union Day.

The country has been in turmoil since last year’s coup, with mass protests and a subsequent military crackdown that has killed more than 1,500 civilians, according to the UN’s human rights office.

The annual holiday commemorates an agreement between independence hero Aung San and several ethnic groups to form a Union of Burma independent of British rule.

Those given amnesty will be mostly from prisons in commercial hub Yangon, junta spokesperson Zaw Min Tun said.

He did not say whether Australian academic Sean Turnell would be among those released.

The economics professor was working as an adviser to civilian leader Aung San Suu Kyi when he was arrested last February, days after she was ousted by the military.

The junta marked Union Day with a show of force in the military-built capital Naypyidaw. Hundreds of troops paraded alongside civil servants waving national flags in unison.

In a speech to troops, Min Aung Hlaing repeated the military’s claim of massive fraud in 2020 elections won by Ms. Suu Kyi’s party.

He also invited the myriad ethnic armed organisations that have been fighting Myanmar’s military — and each other — for decades to sit for peace talks.