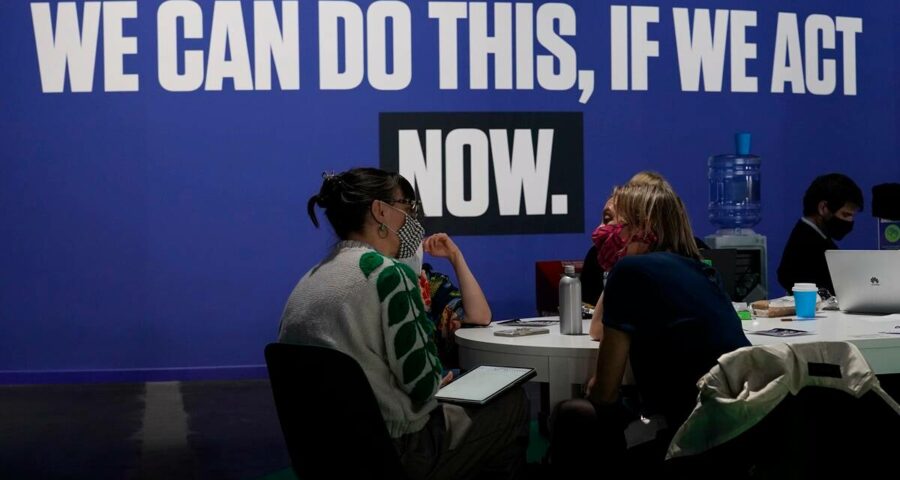 US President Barack Obama, who played a key role in getting the Paris Agreement finalized in 2015, will be attending the COP26 summit on Monday. With little progress having been made on substantial issues during the first week of the Glasgow climate conference, ministers are once again assembling from today to do the heavy-lifting, and try and resolve the key points of contention.

Also in Glasgow on Monday is former US President Barack Obama, who played a key role in getting the Paris Agreement finalized in 2015.

“Five years ago, the Paris Agreement went into effect. Paris provided an important framework in the fight against climate change, but it wasn’t enough. That’s why I will be speaking in Glasgow on Monday about the road ahead and what young people in particular can do to help,” Obama had said in a tweet last week.

Among the important issues that the ministers are expected to negotiate and finalise include ones related to the establishment of carbon markets, the post-2025 framework for financial flows which have to be higher than $100 billion per year for the 2020-2025 period, and methods to ramp up climate actions in this decade so that the goal of keeping the global temperature within 1.5 degree Celsius from pre-industrial times remains is met.

While some important new climate pledges made by country leaders in the first three days of the Glasgow COP (Conference of Parties, the official name of the annual climate meetings) had generated quite an excitement, little progress was made in the negotiating rooms.

COP President Alok Sharma had acknowledged this lack of progress on Saturday, saying many of these issues would require the political intervention of the ministers.

Countries are also deeply divided over the methods for accounting these carbon credits, so that double-counting is avoided.

Among other things, countries also have to agree on how frequently should they be updating their NDCs (or nationally determined contributions — an official reference to the climate action plans of every country): in five-year cycles, or ten, or somewhere in between?

As of now, some countries have submitted five-year action plans, while others have given ten-year ones. Standardisation of this cycle is considered necessary for proper assessment of what the world together is doing over a fixed period of time, and whether it was adequate to meet the global goals to keep the temperature rise in check.

Incidentally, UN Secretary General Antonio Gueterres had last week said that if the countries did not immediately raise the ambitions of their climate action plans, they should be asked to update their NDCs every year, instead of in five-year cycles. In fact, a proposal has been made to make an assessments of the countries’ climate action plans every year, and to hold an annual high-level round table on the ambition of climate actions in this decade from next year’s meeting.

The lack of adequate money, specifically for adaptation efforts, is expected to dominate the negotiations on finance. At the same time, the discussions on other forms of support to be offered to developing countries — technology transfer and capacity building on which little action has been seen in the last few years — is also being sought to be revived.