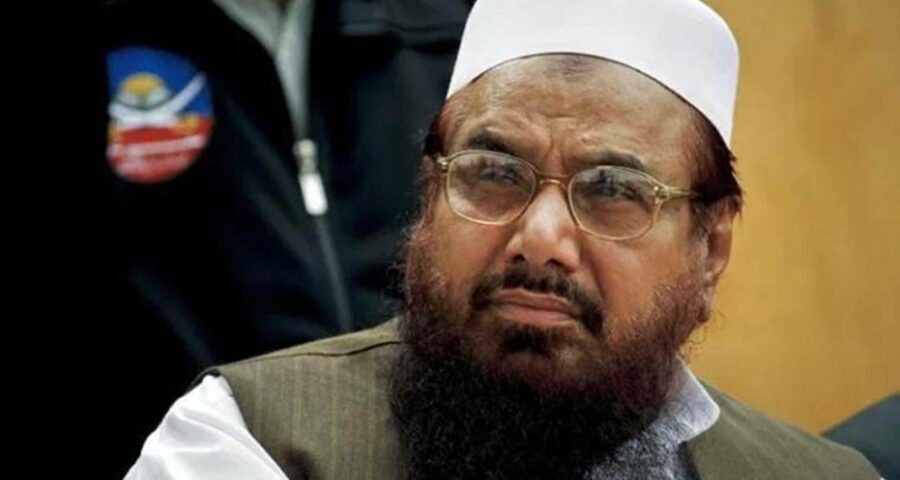 Hafiz Saeed-led JuD is the front organisation for the proscribed Lashkar-e-Taiba (LeT), the terror outfit responsible for carrying out the 2008 Mumbai attack that killed 166 people, including six Americans. Saeed-led JuD is the front organisation for the proscribed Lashkar-e-Taiba (LeT), the terror outfit responsible for carrying out the 2008 Mumbai attack that killed 166 people, including six Americans.

The trial court had found these leaders guilty of terror financing. They had been collecting funds and unlawfully financing the proscribed organisation Lashkar-e-Taiba (LeT). It had also ordered the confiscation of assets made from funds collected through terrorism financing.

“On Saturday LHC’s division bench comprising Chief Justice Muhammad Ameer Bhatti and Justice Tariq Saleem Sheikh set aside the trial court’s decision in the CTD’s FIR 18 of 2020 against the six JuD leaders after the prosecution failed to prove the charge against the appellants beyond reasonable doubt,” a court official told PTI.

The official said the division bench allowed the petition of the JuD leaders, observing “the statement of the ‘star prosecution witness’ is not reliable as there is no corroboratory evidence.”

The counsel of the JuD leaders told the LHC that the Al-Anfaal Trust, of which the petitioners were members, has no “nexus with the banned Lashkar-e-Taiba (LeT)”.

The law officer argued that the trust in question was working as a “proxy for the LeT” and the appellants were office-bearers of the trust.

The JuD leaders were produced before the LHC amid strict security arrangements. They had been convicted in other terror financing cases and languishing at the Kot Lakhpat jail in Lahore.

LeT founder Saeed has also been convicted in dozens of FIRs registered by the CTD on charges of terror financing. The CTD had registered as many as 41 FIRs against the leaders of the JuD in different cities. The trial courts have so far decided 37 of them.

The ATC has sentenced Saeed to collective imprisonment of 36 years on terror finance charges under Anti-Terrorism Act 1997 in five cases so far. Saeed’s jail terms will run concurrently meaning he will not stay in jail for many years.

He is serving his term in Lahore’s Kot Lakhpat jail along with other convicted JuD leaders. He was arrested in July, 2019.

The US named Saeed as a Specially Designated Global Terrorist, and the US, since 2012, has offered a USD 10-million reward for information that brings Saeed to justice. He was listed as a terrorist under the UN Security Council Resolution in 2008.