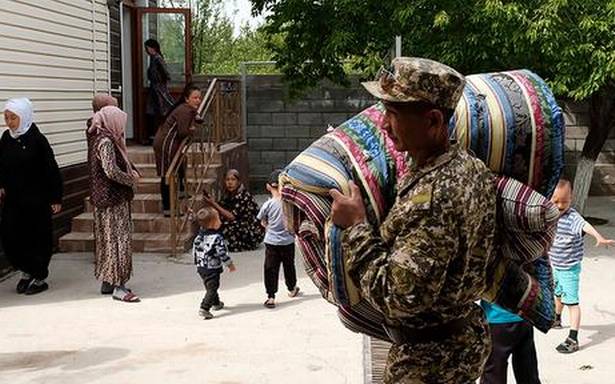 39 dead in latest clashes over land, water and pastures.

A ceasefire on the border between Kyrgyzstan and Tajikistan largely held on Friday following a day of intense fighting between the two ex-Soviet Central Asian neighbours that killed 39 people and wounded more than 175.

More than 7,000 Kyrgyz residents have been evacuated from the area engulfed by the fighting as troops from the two countries exchanged gunfire around a water supply facility near the village of Kok-Tash, located in western Kyrgyzstan on the border with Tajikistan.

Both nations have claimed the area around the water supply facility in Kok-Tash, a dispute dating back decades to when they were both part of the Soviet Union.

Kyrgyz officials reported firing on the border early on Friday but later said the truce was being observed.

Kyrgyzstan’s Deputy Health Minister, Jalalidin Rakhmatullayev, told the Interfax news agency that 31 people died and 154 others were injured in the clashes, which marked the worst outbreak of hostilities between the two countries since they gained independence in the 1991 collapse of the Soviet Union.

Local officials in Tajikistan’s city of Isfara reported eight dead and over 30 wounded.

The latest conflict erupted on Wednesday when Tajik officials attempted to mount surveillance cameras to monitor the water supply facility amid the tensions over water distribution, and Kyrgyz residents opposed the move. Both sides began hurling stones at each other and troops quickly entered the fray.