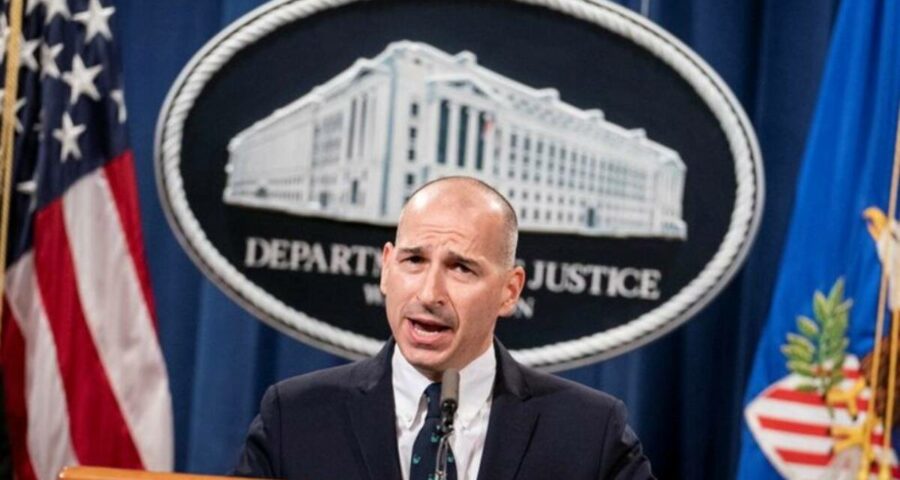 In US District Court in Phoenix, Arizona, Magistrate Judge Deborah Fine ruled that Jacob Chansley, who was famously photographed inside the US Senate Chamber wearing horns during the Capitol riots, should not be released from custody. 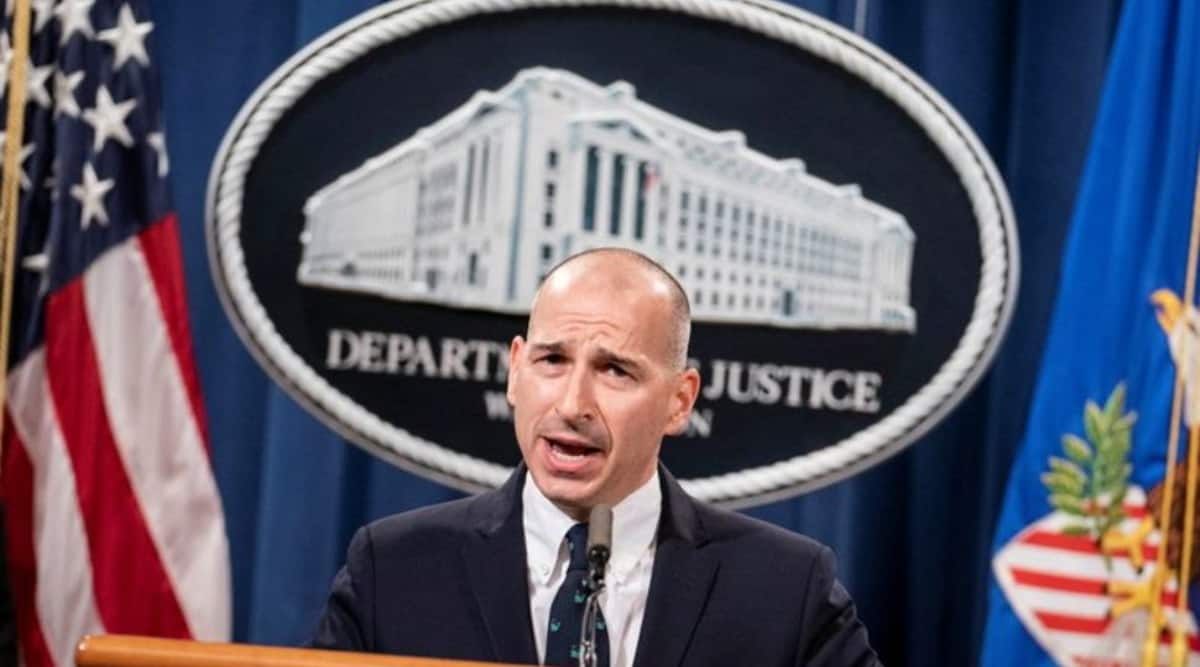 A federal judge on Friday ordered a far-right conspiracy theorist who left an ominous note for Vice President Mike Pence inside the US Capitol to be detained pending trial, saying he participated in a “violent insurrection.”

In US District Court in Phoenix, Arizona, Magistrate Judge Deborah Fine ruled that Jacob Chansley, who was famously photographed inside the US Senate Chamber wearing horns during the Capitol riots, should not be released from custody.

Chansley, a Navy veteran and follower of QAnon, allegedly left a note for Pence warning: “It’s only a matter of time, justice is coming.” QAnon is a conspiracy theory that casts Trump as a savior figure and elite Democrats as a cabal of Satanist pedophiles and cannibals,

Fine on Friday called Chansley “an active participant in a violent insurrection that attempted to overthrow the United States government” and said she fears he is a danger to the community and a flight risk.

As she made her ruling, Chansley interjected and tried to speak, but the judge cut him off, saying he should avoid making statements.

Her ruling came shortly after prosecutors in Arizona walked back sweeping statements they made just a day earlier in their memo seeking detention, claiming the government had “strong evidence” that the “intent of the Capitol rioters was to capture and assassinate elected officials in the United States government.”

Earlier in the day, the top federal prosecutor overseeing the sweeping probe of the riots at the Capitol told reporters that at this stage, they had no “direct evidence” that rioters who stormed the US Capitol had formed “kill capture teams.”

The criminal case against Chansley is just one of a growing number, as investigators in Washington, D.C, scour more than 140,000 videos and photos from the Capitol siege.

As of Friday morning, Sherwin said his office has brought 98 criminal prosecutions so far and has opened investigations into more than 275 people in connection with the Capitol riots, in which Trump’s supporters stormed the building, ransacked offices and in some cases, attacked police.

Court filings in the cases suggested some of the rioters came prepared with weapons, gas masks, ballistic vests and zip ties.

The people charged include a retired firefighter who hurled a fire extinguisher at police, a man accused of attacking police with a flag pole and another suspect who was caught with explosives and firearms in his truck near the Capitol building.

The FBI is also looking for suspects in connection with the death of Capitol Police officer Brian Sicknick.

Steven D’Antuono, assistant director in charge of the FBI’s Washington Field Office, urged suspects to turn themselves in.

“To those of you who took part in the violence, here’s something you should know: Every FBI field office in the country is looking for you,” he said. “As a matter of fact, even your friends and family are tipping us off.”