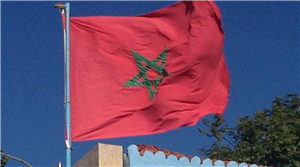 A little over a year ago, Soulaimane Raissouni was arrested at his home in Casablanca after accusations of a sexual assault — allegations that he says are false and trumped up to intimidate him. For years, Soulaimane Raissouni, a Moroccan newspaper editor, did not shy away from reporting on some of the most sensitive issues in the North African kingdom, including anti-government protests that erupted in 2011 and 2016. But his criticism of how authorities have handled the pandemic appeared to go too far.

A little over a year ago, he was arrested at his home in Casablanca after accusations of a sexual assault — allegations that he says are false and trumped up to intimidate him. Imprisoned ever since, he launched a hunger strike almost three months ago in protest.

On June 10, he appeared in court, emaciated and unable to walk without assistance. “Please take me back to prison to die,” he told the judge.

Raissouni is one of at least 10 Moroccan journalists who have been jailed in recent years, most of them accused of sex crimes and other acts deemed illegal in Morocco. Rights groups say the cases are being pursued by authorities whose true aim is to silence the country’s small cadre of independent journalists with false and politically motivated accusations.

All of the journalists detained had published articles about corruption or abuse of power within the kingdom, many of them targeting businesses or security officials with ties to King Mohammed VI.

“More people are getting arrested than are getting tested for the virus,” Raissouni wrote in a column a couple of days before his arrest in May 2020.

The Moroccan government said that Raissouni had been granted “all the guarantees of a fair trial” and that neither his prosecution nor those of other journalists were related to their work. It added that Raissouni had eaten at times in recent weeks and that “his state of health remains normal, despite a loss of weight.” The government also said that his accusations of abuse were false, adding that representatives of rights groups had visited him in jail.

The police arrested Raissouni after a man claimed in a Facebook post to be the victim of an attempted sexual assault. The post did not name Raissouni, but when the police summoned its author, he confirmed that he was accusing the journalist.

Raissouni has denied the accusations and says authorities used the accuser to set him up.