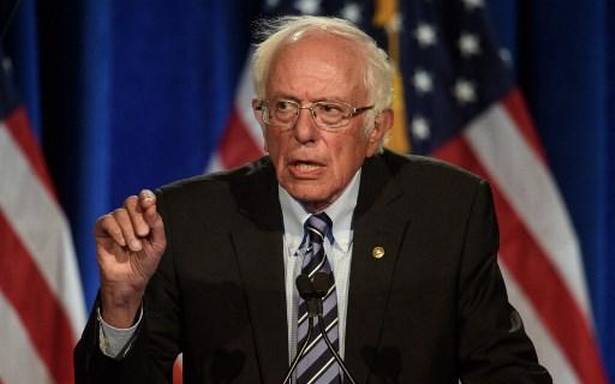 U.S. President-elect Joe Biden said Friday that he had been considering nominating Vermont Senator Bernie Sanders as his labor secretary but eventually decided not to do so because it could have put the fragile Democratic Senate majority at risk.

"I did give serious consideration of nominating my friend Bernie Sanders to this position," Mr. Biden told reporters in Wilmington, Delaware, as he announced key nominees for his economic team.

"I’m confident he could have done a fantastic job," Mr. Biden said of Sanders, who represents the left wing of the party and challenged Biden for the Democratic presidential nomination. "I can think of no more passionate ally to working people in this country."

Mr. Biden said he and Sanders agreed not to proceed with the nomination after Democrats swept two Senate races in Georgia, giving the party a slim majority in the body.

Democrats and Republicans each now hold 50 seats in the Senate but Democrats have the majority through Vice President Kamala Harris’s tie-breaking vote.

"Bernie and I agreed — as a matter of fact Bernie said — we can’t put control of the Senate at risk on the outcome of a special election in Vermont," Mr. Biden said.

Mr. Biden said he and Mr. Sanders had agreed they would "work together" and meet with "working men and women who feel forgotten, left behind in this economy."

"We agreed we’ll work closely on our shared agenda," he said.

Mr. Biden nominated Boston Mayor Marty Walsh to be labor secretary in his administration, which takes office on January 20.