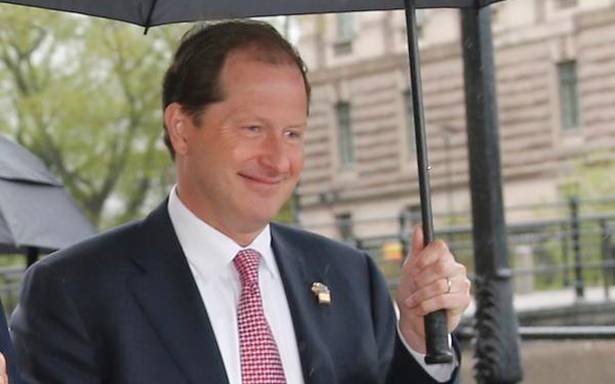 Mark Brzezinski served in Barack Obama’s administration as the first executive director of the White House’s Arctic Executive Steering Committee and as the U.S. Ambassador to Sweden

President Joe Biden has nominated Mark Brzezinski, an Obama-era diplomat with deep ties to Poland, to serve as his Ambassador to Warsaw.

If confirmed, Mr. Brzezinski would be dispatched to Poland at a moment when Central and Eastern European allies of the United States are closely watching the Biden administration’s approach to Russian President Vladimir Putin.

The Biden administration announced last month that it had reached a deal with Germany that will allow the completion of the Russian Nord Stream 2 gas pipeline to Europe without the imposition of further U.S. sanctions.

That project allows Moscow to bypass Ukraine, Poland and other countries in Eastern and Central Europe that collect transit fees on the energy.

Mr. Brzezinski served in Barack Obama’s administration as the first executive director of the White House’s Arctic Executive Steering Committee and as the U.S. Ambassador to Sweden.

He also served on the White House National Security Council during Bill Clinton’s administration, first as a director for Russia and Eurasia and later as director for the Balkans. Mr. Brzezinski spent time in Poland as a Fulbright scholar and is the author of “The Struggle for Constitutionalism in Poland.” Mr. Brzezinski is the son of Zbigniew Brzezinski, who served as National Security Advisor under President Jimmy Carter. His sister, Mika Brzezinski, is a host of MSNBC’s “Morning Joe.” Zbigniew Brzezinski was born in Warsaw, spoke fluent Polish and was well known and respected in Poland.