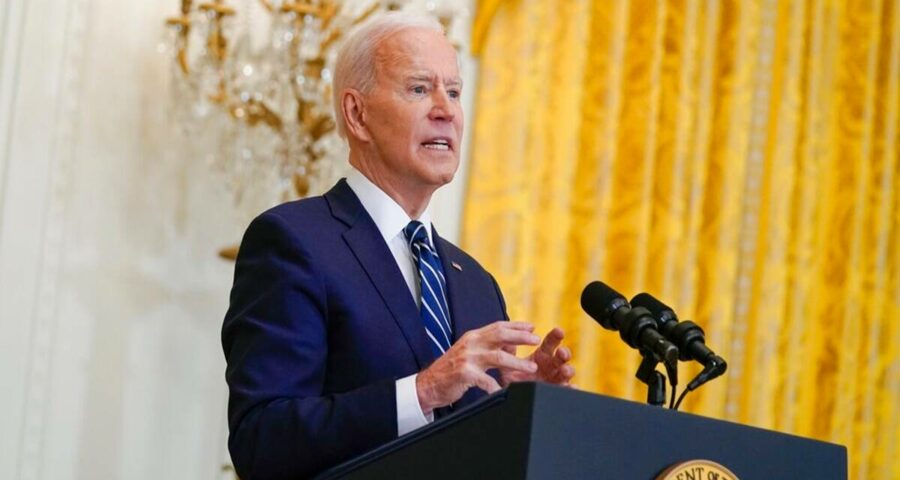 US President Joe Biden was compelled by Elissa Slotkin , a key Democratic lawmaker to recognize white supermacists overseas as a national security risk and subject to US government actions. If Biden’s administration were to take the unprecedented step of listing such groups as Foreign Terrorist Organizations (FTOs), or even a less-stringent designation, it would help curb dangerous white supremacist organizations, Slotkin argued in the letter to Secretary of State Antony Blinken, which was reviewed by Reuters.

“It would also give the United States Government more tools to engage and flag the Americans who contact, support, train, and join these (white supremacist extremist) groups,” said Slotkin, a former CIA analyst who chairs a U.S. House subcommittee focusing on intelligence and counterterrorism.

The State Department declined comment. Slotkin’s request has not been previously reported.

Slotkin asked the State Department to consider listing over a dozen organizations including the neo-Nazi National Action Group, founded in Britain and banned there in 2016. It was described in a 2018 U.S. counter-terrorism report as a terrorist group promoting violence against politicians and minorities.

She also named the neo-Nazi Nordic Resistance Movement, which the report described as an anti-Western transnational organization behind violent attacks, including against Muslims and left-wing groups.

Slotkin has a unique perspective on the threat posed by violent extremism. She served three tours in Iraq as a CIA militia expert and was a senior Pentagon official before being elected to Congress in 2018. As a lawmaker, Slotkin’s has turned her focus to domestic extremism.

“These plotters weren’t affiliated with al Qaeda or ISIS. They didn’t hail from a war-torn region halfway around the world – they were Americans. They were white. And they were radicalized right here at home,” Slotkin said at a recent hearing.

The Biden administration has signaled it is prepared to take a stronger approach to combating violent domestic extremists – specifically white supremacists, which the FBI sees as the top threat within that group.

Since 2018, white supremacists have conducted more lethal attacks in the United States than any other domestic violent extremist movement, the department said in an October report here.

Particularly concerning are the international connections among white supremacist here groups, with members drawing inspiration from each other for attacks around the world, said Ryan Greer, national security director at the Anti-Defamation League, an organization opposing anti-Semitism and other discrimination.

The Office of the Director of National Intelligence said in a report here last month that “a small number” of U.S. racially or ethnically motivated violent extremists “have travelled abroad to network with like-minded individuals.”

It was the first-ever such designation.

Slotkin welcomed this step but wrote: “It’s time for more to be done.”

“If these groups do not meet the more stringent FTO criteria, I ask that you designate these groups as SDGTs,” she wrote.

The State Department says an FTO designation allows for actions here that SDGTs do not, including making it a crime to knowingly provide material them support.