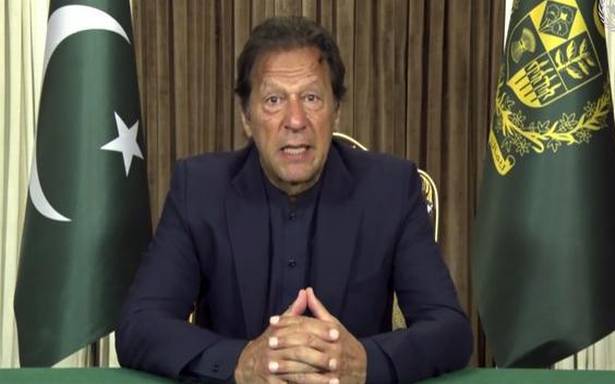 ‘The visit is likely towards the end of February’

“The visit is likely towards the end of February,” an official source in the Ministry of Foreign Affairs told The Hindu on Monday.

Mr. Khan’s visit, scheduled a month after Indian External Affairs Minister S. Jaishankar’s three-day visit to Colombo, will likely coincide with the early days of the 46th UN Human Rights Council session in Geneva, where a new resolution on Sri Lanka may be adopted by members. Pakistan is currently a member of the Council. In December 2020, Islamabad and Colombo held Foreign Secretary level ‘Bilateral Political Consultations’ virtually. A statement from the Pakistani High Commission — issued on December 17, 2020 — said Foreign Secretary Sohail Mahmood shared Pakistan’s perspective on “the situation in Jammu and Kashmir, progress of the CPEC, and Pakistan’s positive contribution to the Afghan peace process”. “He also reaffirmed Pakistan’s commitment to SAARC and expressed the hope that the process of regional cooperation would be allowed to move forward,” he said.

Sri Lanka, which has close ties with Pakistan and India, has seldom commented on Indo-Pak. tensions. Following the Pulwama attack in February 2019, Sri Lanka’s Ministry of Foreign Affairs said it was “deeply concerned” about the developments following “the brutal terrorist attack on a Central Reserve Police Force convoy in Pulwama,” while “requesting” India and Pakistan to act “in a manner that ensures the security, peace and stability of the entire region.”