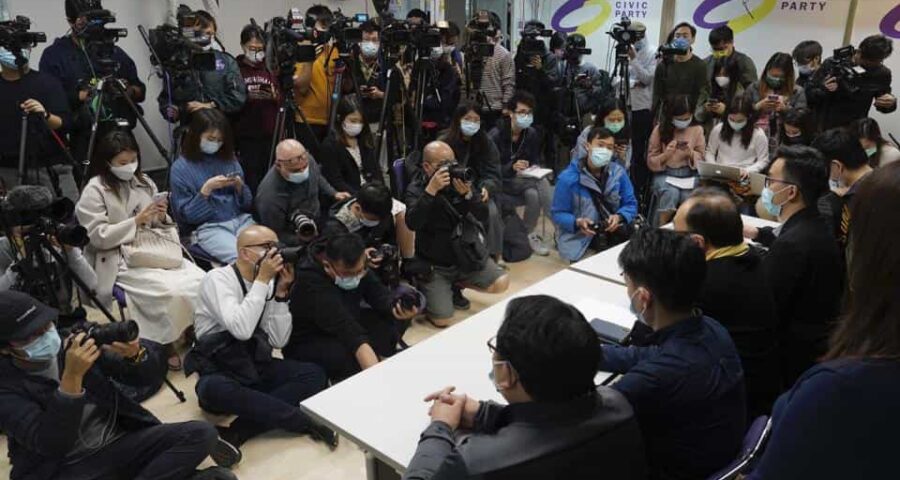 Hong Kong democracy activists called on the government on Wednesday to release “political prisoners,” hours after authorities arrested 53 members of the opposition camp, in a move that sent a chill through the global financial centre.

At a press briefing to address the mass arrests of pro-democracy activists in a dawn sweep, members of the democratic camp said the arrests were “shameful” and represented oppression on the right to vote.

Hong Kong authorities said on Wednesday the arrests were related to an unofficial vote to choose opposition candidates in city elections was part of a plan to “overthrow” the government.