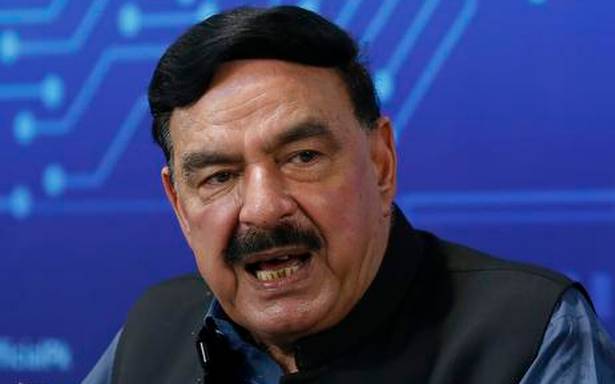 Key Tehreek-e-Taliban Pakistan commanders were released from jails in Afghanistan as the Taliban took over the country.

Interior Minister Sheikh Rasheed Ahmad on August 17 said Pakistan has taken the Afghan Taliban on board over the issue of the banned Tehreek-e-Taliban Pakistan (TTP) terror group, hoping that Afghanistan’s soil would not be used against it.

Mr. Ahmad’s comments come as reports said key TTP commanders were released from jails in Afghanistan as the Taliban took over the country. Militants from the TTP or Pakistani Taliban have carried out major terror attacks across Pakistan in recent years.

Taliban insurgents swept Kabul on Sunday after the U.S.-backed Afghan government collapsed and President Ashraf Ghani fled the country, bringing an abrupt end to a two-decade campaign in which America and its allies had tried to transform the war-ravaged nation.

Maulana Faqir Mohammad, former deputy chief of the TTP, was released on Sunday as the Taliban gained control of Kabul.

Mr. Ahmad said the banned TTP and Daesh militants were present in Afghanistan’s mountainous ranges of Nuristan and Nighar.

The minister said he couldn’t disclose in detail to the media what Pakistan had discussed with the Taliban.

"Previously, Pakistan was supporting the US due to which the TTP and the (Afghan) Taliban were on the same page. That is not the case now," he noted.

In response to another question, the minister said Pakistan was not facing any refugee crisis or "load" on its border with Afghanistan, given the volatile situation in Afghanistan.

"Pakistan has completed 97-98 per cent of the fencing around the Afghan border," he said, adding that the border has been fenced even around the most hostile of terrains,” he said.

"Our troops are manning the security check-posts along the border as well,” he added.

The minister said that in the past, most of the migrants who slipped through the border to Pakistan were the Taliban or others who were frustrated with the Afghan Northern Alliance.

He said that is not the case now. He said a special cell had been formed in the interior ministry which was functioning 24 hours, issuing visas on an emergency basis for international diplomats and journalists who are stranded in Afghanistan.

The minister said Pakistan is conducting regular import and export trade along the Spin Boldak-Chaman border, adding that so far "everything is good".